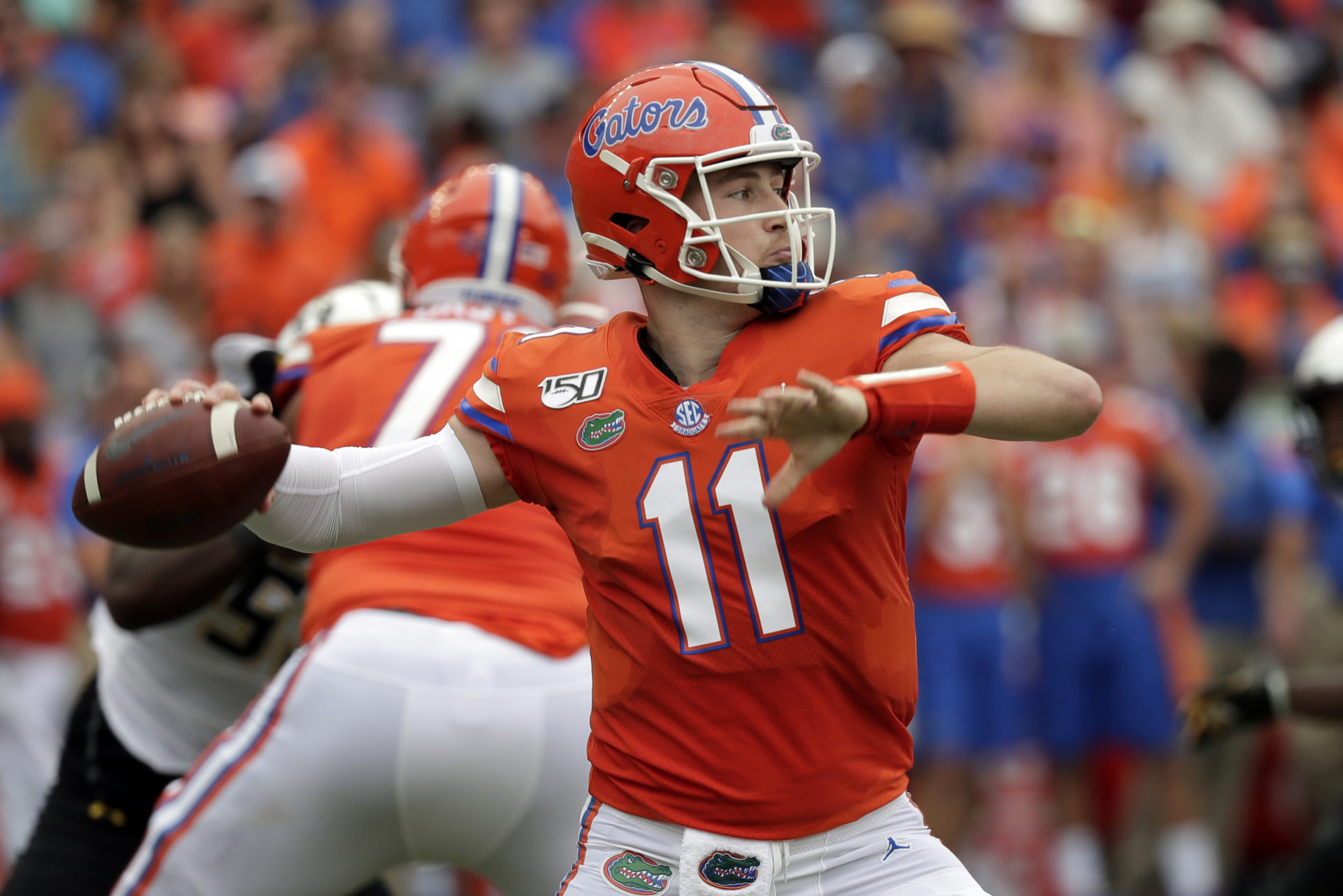 If you’re a seasoned college football bettor, you’re likely familiar with ESPN’s Bill Connelly (formerly of Football Outsiders). For the uninitiated, Connelly has been one of the foremost gatekeepers for college football play-by-play data and advanced metrics for the better part of the last decade and a half. The crown jewel among his advanced metrics is SP+ (formerly S&P+).

In this piece, I’m going to outline a profitable betting trend I’ve discovered using SP+, and then tell you how I plan to deploy it this week in some round robin parlays.

An Introduction to SP+

SP+ is a complex measure of efficiency based on five components: efficiency, explosiveness, field position, finishing drives, and turnovers. It is designed as a predictive tool, evaluating teams’ distinctive statistical profiles based on a forward-thinking, probabilistic outlook for future success. Connelly also adjusts the metric for tempo and opponent.

Editor’s note: Our NFL prop picks are hitting 63.8% on the year! Join us and get access to all our picks for just dollars a week.

Okay, so how does it work? Let me show you using an example from this weekend.

To calculate the SP+ projected spread for this particular contest, all we need to do is subtract Michigan State’s 17.0 points from Ohio State’s 31.5 points, then add 2.5 points for home field advantage (since the favored team, Ohio State, is playing at home). Here’s a summary of that calculation using actual math:

So, based on this calculation, Ohio State is projected as a 17-point favorite. Despite this, the Spartans are currently 20-point dogs. So, in this case, Connelly’s SP+ system is advising you to take the points with Michigan State.

This method of capping college football games has yielded about a 54% hit-rate ATS over the past several years. This season, it reports a 58% cover-rate ATS through Week 5 action.

But that’s only if you bet all spread differences indiscriminately. If we peer a little deeper into this season’s game logs, an interesting (and profitable) betting system emerges.

Bet Underdogs to Cover If SP+ Projects Them as Favorites

Full disclosure: I have not yet back-tested this trend from previous seasons, because I just discovered it on Tuesday. Nevertheless, the trend itself is based in strong intuition, supported by a profitable global cover-rate from the SP+ projection system as a whole, and reports a blistering cover-rate this season that I simply couldn’t ignore.

Put simply, if SP+ projects a team to win a particular contest, but the betting market handicaps that team as an underdog (based on closing line), then bet the team to cover the spread or to win outright on the money line.

The best way to explain this is to use some examples.

In Week 1, there were two examples of this trend.

Boise State traveled to Tallahassee to take on Florida State, and the Seminoles closed as 6.5-point favorites. But SP+ projected the Broncos to win by 3.1 points. So, in this case, the spread was off by 9.6 total points, and the SP+ projection actually flipped Boise State from a dog to a favorite.

The second example was Utah State (+5) traveling to take on Wake Forest. The Aggies were projected as 0.5-point favorites (so, essentially a pick ’em), but were five-point underdogs in the market. Our system informs us to take Utah State ATS, and the Aggies did cover the +5 in a three-point losing effort.

My Appeal for a Week 6 Round Robin Bet

This particular betting system only yielded one to three plays each week from Week 1 to Week 4. But in Week 5, it yielded seven total plays, and this week, there are five bets that SP+ is begging us to make.

This substantial increase up to seven plays in Week 5 got me thinking. Given the strength of the trend (again, 13-3 ATS), what if we parlayed our bets? I know, I know, parlays are foolish, but forgive me for being greedy.

So, I ran the numbers. If we executed a seven-team round robin of three-time combination parlays, it would have yielded 35 possible combinations to win. Each of those combinations costs us one unit to play and offers 6 to 1 odds.

In Week 5, our system bets went 6-1 ATS, which means that 20 of our 35 round robin combinations were winners. Given a 35-unit investment in the round robin, we would have lost 15 units and won 120 units, for a net 115-unit profit.

That kind of took my breath away, and when I looked at the Week 6 slate, I was elated to see that the system offers us five plays this week. Five plays is still enough for a round robin to be a lucrative investment.

Teams That Fit Our Trend for Week 6

If you build a five-team round robin, it yields 10 different three-way parlay combinations. Each of those combinations offers 6 to 1 odds, netting you six units apiece if any of the 10 hit. So, let’s do some quick math on your potential payouts if three, four, or five of those teams cover.

As a reminder, this system went 3-2 ATS in the first two weeks but reports a 10-1 record since Week 3.

But listen, I get it. Parlays are minus-EV bets, and they’re not for everyone. Disciplined long term bettors typically avoid them — as well as teasers. If you’re that kind of bettor, then at least consider betting these teams ATS or on the money line. Alternatively, you could also place straight ATS bets on each of the five teams as a hedge against any parlay or round robin you choose to bet this weekend.

For your reference, I’ve reported consensus money lines for all five teams below.

As always, shop for the best line — or the best combination of lines if you pull the trigger on a round robin or parlay. Here’s hoping our ATS trend holds strong this week, and we all walk away at least five units richer by Sunday morning.