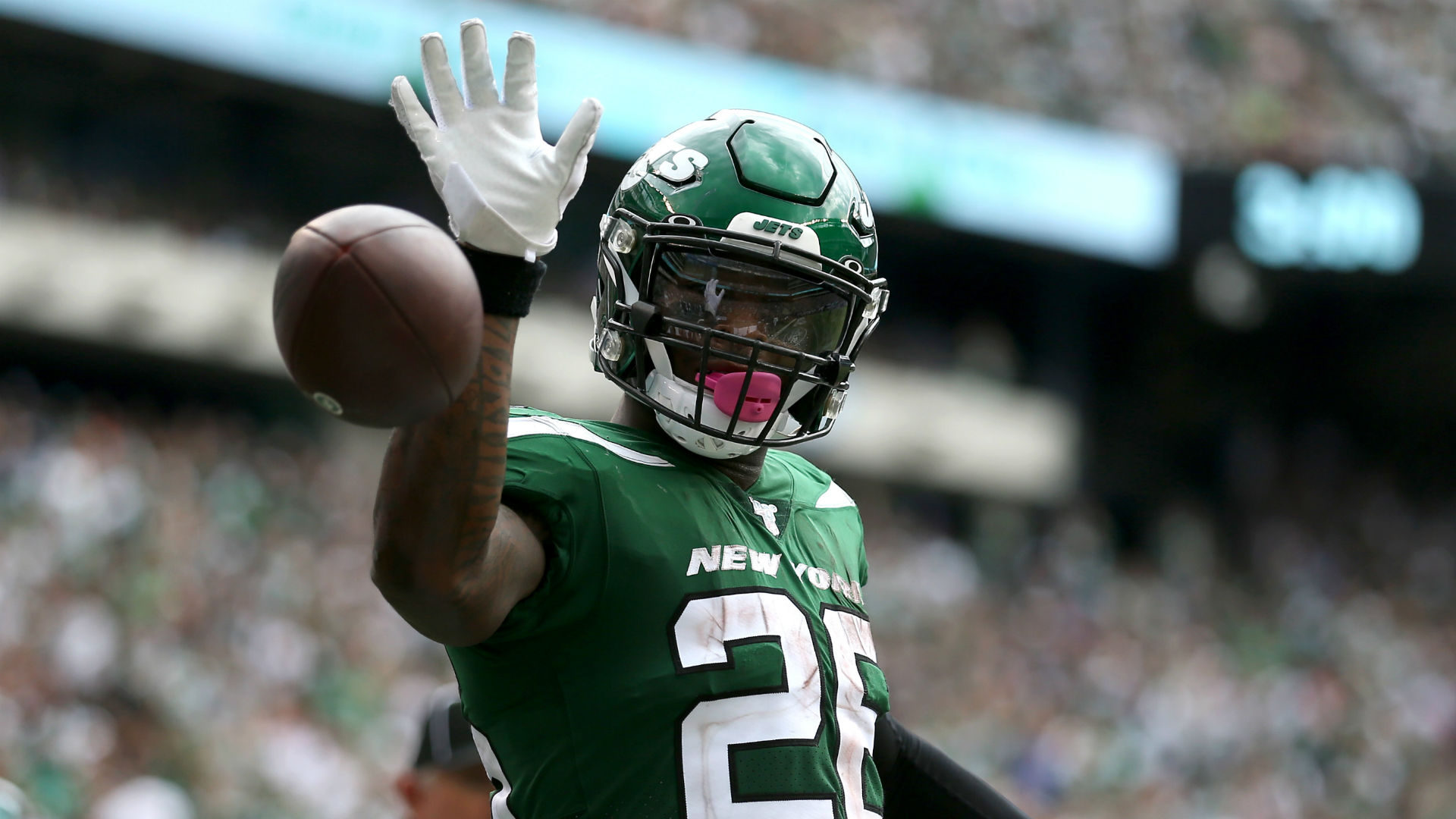 by Cort SmithOctober 5, 2019October 5, 2019
Betting unders on running backs in 2019 has been a profitable early-season strategy when it comes to NFL props. That's nothing new -- it's been the overwhelming trend over the last two years as NFL offenses pivot more pass-happy. The numbers are shaded even heavier for RBs on teams that are road underdogs, as they're rarely able to get the necessary game script needed to consistently run the ball. That certainly applies the Le'Veon Bell and the Jets this week as they travel to Philadelphia at two-TD underdogs. Let's take a look at his NFL prop for rushing yards this week as well as another of our favorite RB plays for Week 5. And be sure to check out or favorite NFL player props at WR for Week 5 here. Here's a quick recap of year-to-date results for our subscriber prop picks:
We're just getting started on the year, and we've just reduced the prices of our full-season packages here -- sign up today and start slaying some props!

Bell may be the Jets best offensive players but he has a plethora of factors working against him this week, including a date with a Philadelphia defense which has been about as pass-funnel as they come.

Offenses are forced to go the air route against the Eagles, as they've been torched for the most receiving yards by opposing WRs while a stingy Philly front has held opposing RBs to 47.8 rushing yards per game, third-best, with nary a back cresting 45 yards: It's the latest in a line of tough matchups for Bell, and he's failed to hit this number in two of three so far. 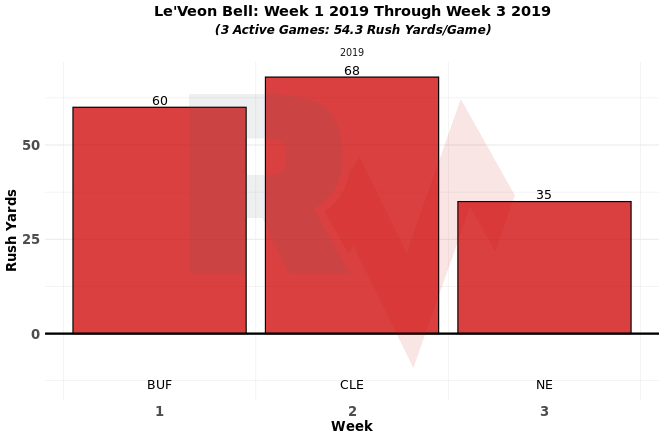 Defenses don't have to respect Luke Falk and the passing game, and that's a huge problem for Bell, whose rushing efficiency is bottom of the barrel. His 2.9 yards per carry ranks 67th among all RBs. Things are unlikely to improve this week after guard Kelechi Osemele suffered a shoulder injury in practice this week. The offensive line has been so bad that head coach Adam Gase says he's looking to "shake things up" on the line this week. Not something you want to hear facing one of the league's best front seven. Further bolstering our case is an early-season trend that has witnessed RBs going under their rushing lines at a 57.1% clip so far. 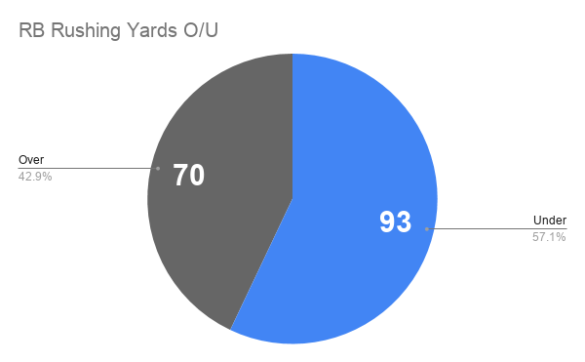