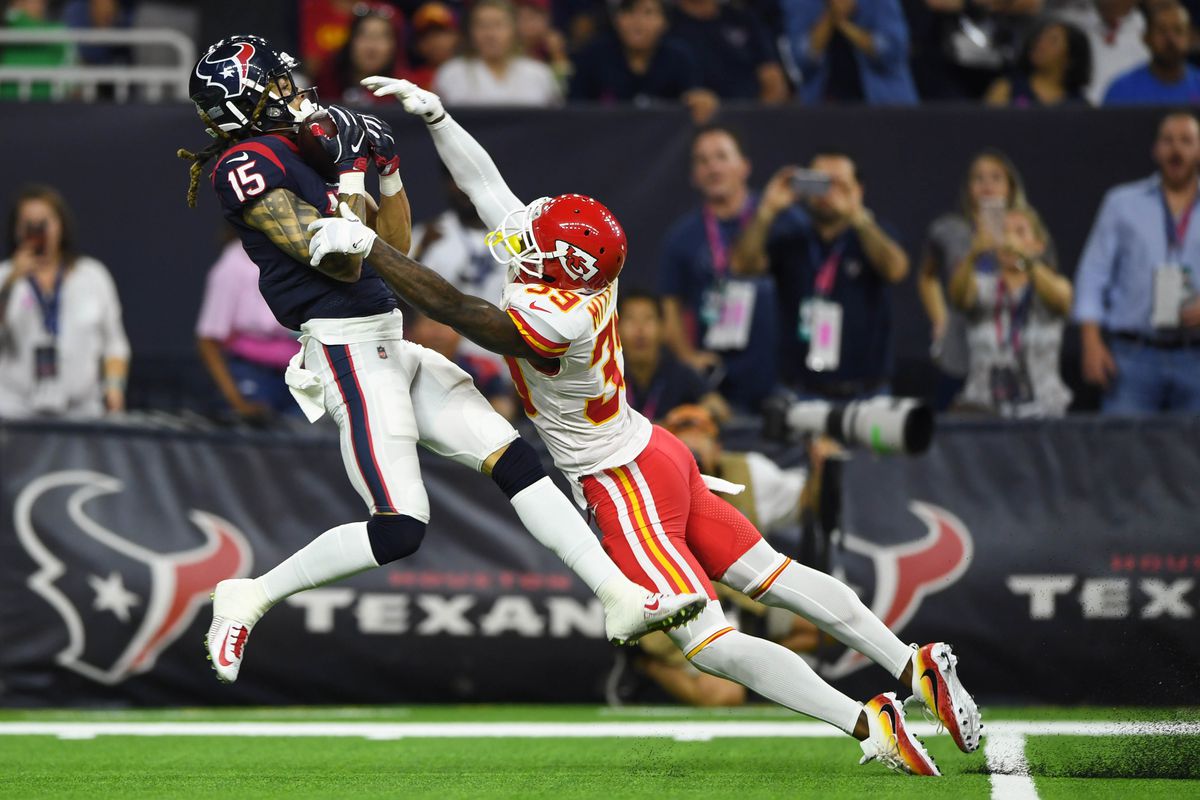 Thursday Night was a real kick to the Footballs.

While we easily hit our Twitter pick of Over 65.5 yards on Jarvis Landry, we went 0-2 on the article picks by a combined four yards! Pain.

We start with with a betting trend that’s been profitable in 2018 so far — fading rookie WRs.

Be sure to check out the Twitter feed Sunday morning as we fire out more value picks for Week 3.

The rookie Ridley is receiving some hype after catching a TD pass in his second career game to go along with his 64 yards.

However, the amount of opportunity is a little deceiving. He only ran 21 pass routes in that game, and has just 53 Air Yards on seven targets.

Just a small play here, as the Falcons have been making noise about getting Ridley more involved, and this shapes up as a track meet under the dome.

At an over/under of 91.5 for Thomas and 99.5 for Jones, there didn’t appear to be much value in betting the totals for these two studs.

But in this head to head, we’re getting a plus price on the guy who has more targets, more Air Yards, more actual yards, and nearly twice as many receptions.

While the actual result of this bet may be a coin flip, I’m happy to take the value odds.

As we discussed last week, Alvin Kamara does most of his damage in the passing game.

Sanders’ line keeps creeping up every week, but it’s still not high enough to consider fading him, especially this week.

He gets a matchup with slot cornerback Tavon Young, who gave up six catches on six targets for 80 yards and two TDs in Week 2.

Sanders is ninth in the league in receiving yards, and the cohorts around him in that area all have receiving lines of 70-plus yards.

One day, sportsbooks will catch on to Sanders and he’ll cease to be a value, but it’s not this Sunday.

We’re going to keep going to this well until the odds makers adjust. While Crabtree has the slightly better share of targets, Brown has been considerably more productive.

Brown has more passing yards in both games so far, and with Crabtree drawing shutdown CB Chris Harris, he also has the easier matchup.

This is an auto bet at plus odds.

For what it’s worth, I also think that betting Brown at +275 (3.75) to score a TD is solid value. He has two TDs through two games and dropped what would have been a third.

Who’s have thought we’d be making this bet in Week 3?

Albeit in some weird, blow-out game scripts, Collins has lagged way behind Lindsay through two weeks. The undrafted rookie RB has 81 percent more carries, 271 percent more yards, and more then double the yards per carry than Collins.

Both teams are employing a hot-hand approach at RB, so this usage is subject to change, but the rookie has so far been far busier and more efficient.

I haven’t seen many bets being offered combined rushing and receiving yards, so I’m going to jump on this one.

McCaffrey has combined totals of 95 and 139 in two games. However, he saw a huge spike in looks in Week 2 following the loss of TE Greg Olsen. The sophomore RB led the team in receiving, catching 14 of 15 targets.

The Bengals, meanwhile, have given up 14 receptions for 145 yards to opposing RBs, fourth worst in the league.

Last, week, we discussed how much more volume Funchess sees when Olsen is out, and he promptly hit the over.

Funchess essentially acts as a TE and part-time WR now, and he hasn’t dipped below 55.5 yards in the past four games Olsen has missed. 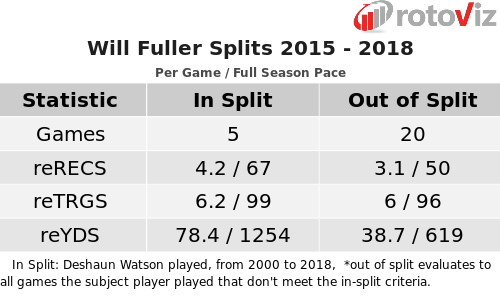 With Giants CB Eli Apple out of the lineup, Fuller draws a plum matchup against journeyman B.W. Webb.

While the sophomore WR can be a bit boom or bust, he did have an encouraging nine targets in his first game back — plenty of volume to hit this line.

This will be one of my biggest bets of the week.

Shepard is fourth in line for targets behind Odell Beckham, Evan Engram, and Saquon Barkley. Through two games, he has yardage totals of 48 and 24 yards on 12 total targets and gets the toughest CB matchup in Aaron Colvin.

This is a pick based on both the matchup and projected volume.

The Giants defense is also ripe for attack on the ground, giving the fourth most rushing yards in the league at 137.5 per game.

Plus we’re getting odds. Giddy up.

Kittle leads the 49ers in targets and faces a Chiefs defense which just got gashed by TEs Jesse James and Vance McDonald for a combined 164 yards.

Ebron has receiving totals of 51 and 26 through two games but will benefit from a bump in volume in the absence of fellow TE, Jack Doyle, who’s been ruled out.

Doyle has 15 targets to Ebron’s nine so far.

This is a smaller play, as Philadelphia has still been stingy against opposing TEs, so it won’t be easy sledding.

Agholor has double-digit targets in both games. I’ll buy that volume every day at this middling total, especially against a burnable Colts secondary.

Richardson is already a low-volume option competing for targets with a ton of other guys.

Now, he’s also banged up, having been limited all week in practice with a shoulder injury. He’ll play, but it’s hard to see him being very involved.

This is a sneaky play, and I’m likely to add Allen on some head to head props on Sunday morning.

Yes, the Rams have one of the most fearsome CB duos in football, but they are more vulnerable in the middle of the field, where Allen lines up and does most of his damage.

He has by far the best matchup of any Chargers WR, and he should be busy if the they have any hope of winning this game.

Pivoting off that play, we’ll take the under on Mike Williams, who draws a nightmare matchup against CBs Aqib Talib and Marcus Peters. The pair has given up a shocking 37 receiving yards combined through two weeks.

At this point, Johnson is getting by on reputation alone.

Already with paltry rushing totals of 37 and 48 yards so far, Johnson now faces an excellent Bears run defense which has given up the fourth-fewest yards to opposing RBs on the year at 71.5 yards per game.

The Cardinals, on the other hand, have given up 136 rush yards per game, fifth most in the NFL.

Already with the matchup advantage, Howard should also benefit from a better game script, with his Bears favored by five points.