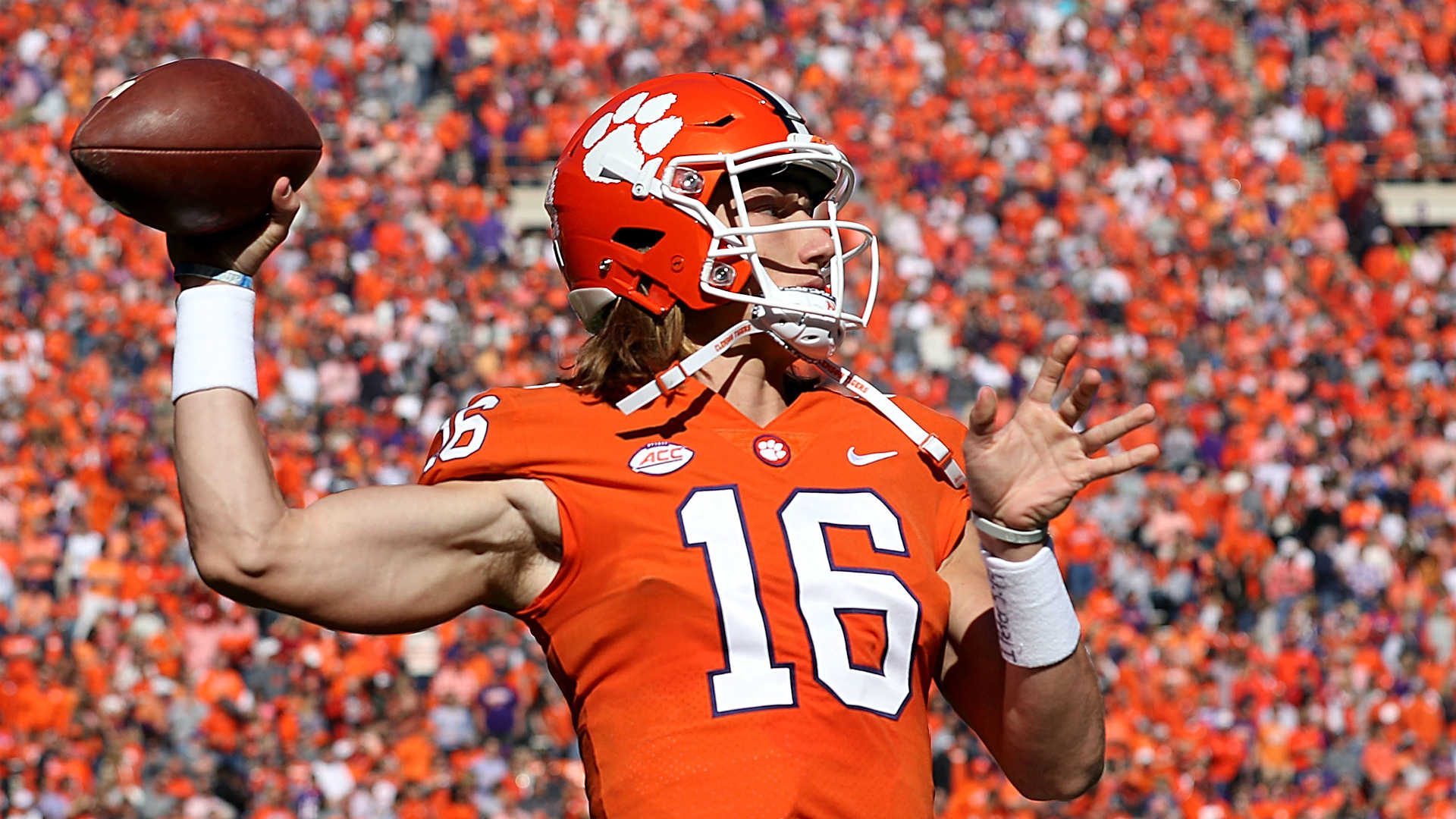 The Alabama Crimson Tide eye a third College Football National Championship in four years against the Clemson Tigers tonight, and we’re breaking down the best player prop bets for the occasion.

Both teams have cruised to the title game, going a perfect 14-0 and meeting little resistance along the way. A 5.5-point line in favor of Alabama suggests that, for perhaps the first time all year, the Tigers will have to unleash the full potential of its passing game.

That’s the slant we’re keying on as we drill down on the top player props for tonight’s clash.

While our college football prop coverage hasn’t been extensive this season, it has been profitable.

Over his last eight games, Trevor Lawrence is averaging 258 passing yards, so on the surface, this line doesn’t provide much value. But there are a few factors compelling me towards taking a long position on the Clemson QB:

Also consider that Lawrence’s 258-yard average came in a stretch of games where Clemson was annihilating its opposition by an average margin of 34 points. Tonight, they’re 5.5-point underdogs against a powerhouse opponent. Unlike the last two months, Lawrence and the Tigers offense will need a sense of urgency and pace on every single drive.

Alabama has permitted a 300-yard passer on just two occasions this year, but both of those came over their final two games as they faced their toughest competition of the season from Oklahoma and Georgia.

This is a correlation play on the same angle. The Tigers starters have spent more than a few fourth quarters on the sidelines sharing a laugh while the second stringers mop up.

That’s not going to happen tonight, and Renfrow is likely in line to see a bump on his averages 38 yards and 3.4 receptions on the season.

Why do I think this will be a spike week? We observe a clear split in his receiving output in Clemson’s more “competitive” games (relatively speaking, of course, as none of them have been truly competitive).

It’s a small sample and admittedly a bit of an arbitrary cutoff, but considering the opponent and the stakes, there’s a much better chance at a Renfrow “boom” game tonight.

We’ll see if we can find a solid prop for the Crimson Tide side closer to kickoff. Be sure to follow us on Twitter for the latest picks.