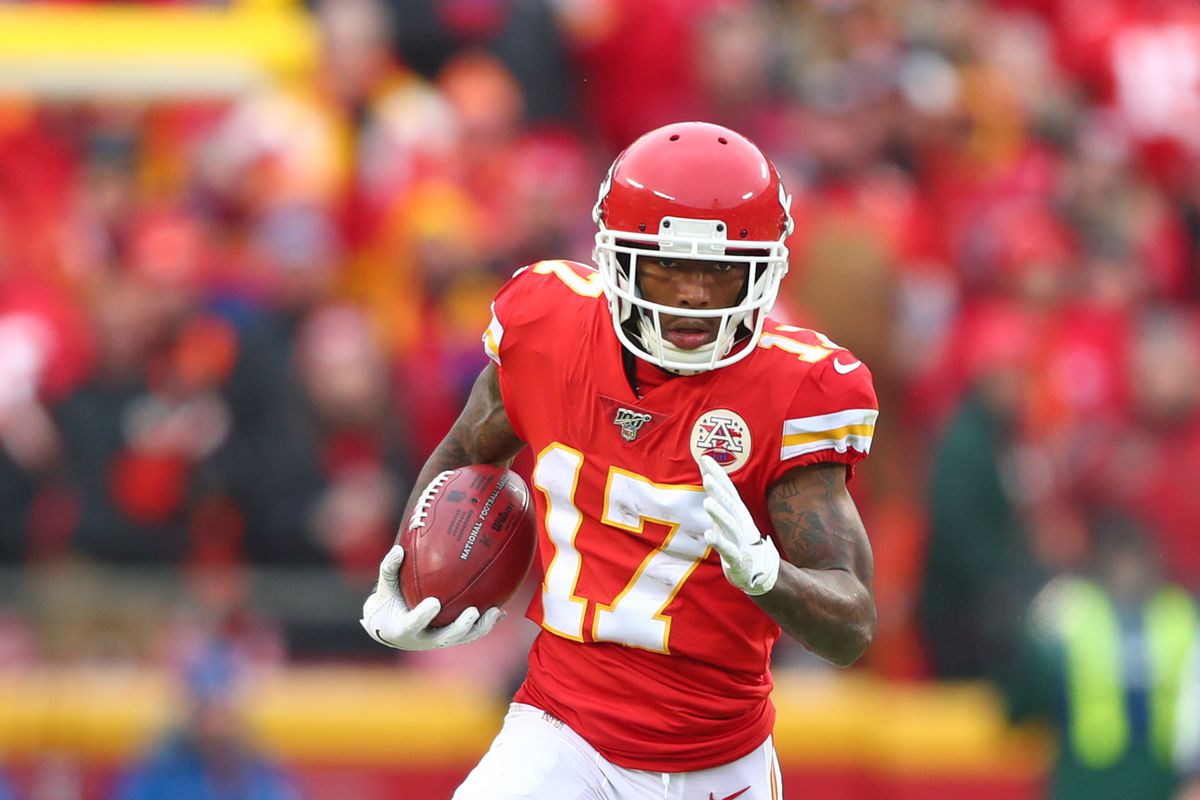 Cam Newton is out with Covid, which explains both the points movement I just mentioned, plus the game total sinking to around 50 from its opening of 54.

New England will most likely have to pivot to a run-heavy gameplan, but the Chiefs train just keeps rolling along. We’re taking our position on a play that is admittedly high variance, but one that could also cash on the first drive.

So buckle up and bet accordingly on this one, and don’t forget — you can get full weekly slates on NFL props (hitting over 60% in 2020) alerted to your device when you join us.

MORE PROPS — Check out our top prop for the other Monday Night Football matchup between the Packers and Falcons.

We hit last night’s feature play in the first half, and this one has the same potential.

First, the bad news — Hardman has so far failed to beat out Demarcus Robinson nor Sammy Watkins for a starting gig, and his snap counts remain maddeningly inconsistent. 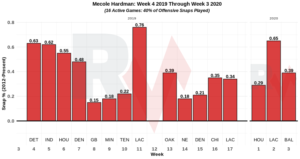 The good news is that he doesn’t need much opportunity to hit this modest number. A wildly efficient Hardman is averaging 16.7 yards per reception, eighth-most among all WRs with at least 10 targets.

We saw how it works last week when he commanded a career-best six targets, converting them to four catches for 81 yards, despite playing on just 39% of offensive snaps. Last year’s matchup with the Patriots was another example — just one target but a return of 48 yards.

He repeatedly burned an excellent Baltimore defense last week, and all we need is just one of these.

Put Mecole Hardman on the field and good things happenpic.twitter.com/3zm7a1tAaG

But the beauty here is that our play is not predicated on Hardman winning a bigger role. This number of 19.5 yards is about as small as you’ll see posted for any WR, and I’m surprised it’s not higher considering he went off last week.

Size down if you can’t handle the variance inherent in this prop, but we see this is an easy +EV play in the long run.