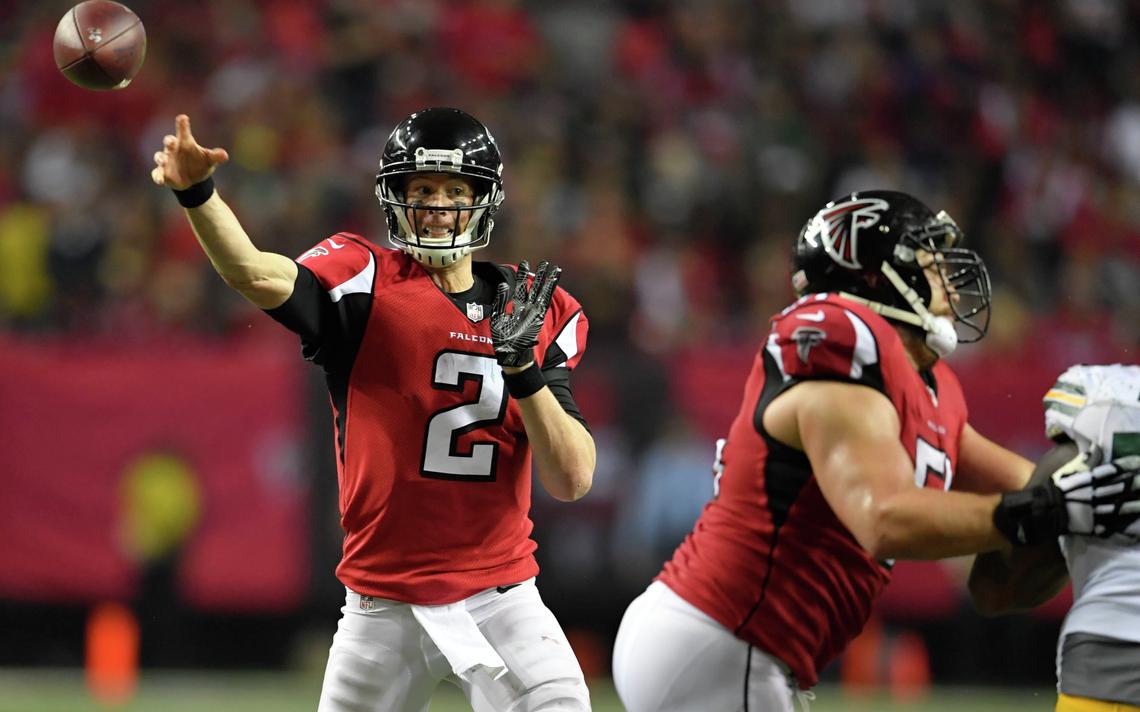 We’re going to keep this one short and sweet — partly because there’s not much to say, but also because it’s probably going to move very fast.

To be honest, we don’t post a lot of our H2H props publicly because they usually move way too fast. This one is hanging in for now, but I doubt it will for long. If you want to get the inside track on our H2Hs, along with the rest of our weekly +EV slates, join the player prop industry leader here.

MORE PROPS — Check out our top prop for tonight’s other game between the Chiefs and Patriots.

Note: If you don’t have Prop Builder, or this current line gets juiced past -130, I would pivot to this play at DraftKings instead — Ryan > Rodgers, Passing Yards, -134.

This is one where you don’t have to take my word for it. The Prop Builder itself is telling us that the head-to-head they’re offering is incorrectly priced.

As of the time of publishing:

So the traders at PB have not only set Ryan’s line a full completion higher than Rodgers, but they’ve also juiced the over. And yet we are getting even odds on our H2H at -115? Giddy up.

It should be noted that on the Prop Builder, a tie is a loss (than damn “more than” wording), and that will cost us here sometimes. However, it’s clear that PB has installed Ryan as the favorite in their more-liquid O/U markets, and that should be reflected in this H2H pricing.

It is not, and here we are.

That’s good enough for me to play this one with confidence, but let’s throw in some splits courtesy of our friends at RotoViz for fun.

The Falcons are currently +6 underdogs. Over the last three years, Ryan has completed an average of 28.8 passes in games where the Falcons are +6 or worse.

Meanwhile, Rodgers’ completions sink to 20.1 in games where his Packers are favored by 6 or more. 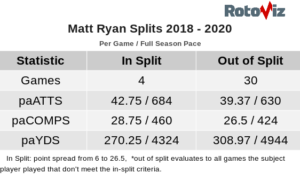 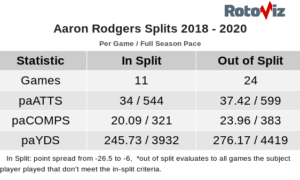 And don’t forget about Davante Adams. He’s been ruled out tonight, as has Allen Lazard, who was their leading receiver in Adams’ absence.

The loss of such a stud hurts Rodgers perhaps even more so than the potential positive game script. Over the last three seasons, his completions hit sub-20 levels when Adams is on the shelf, a drop of 16% on average. 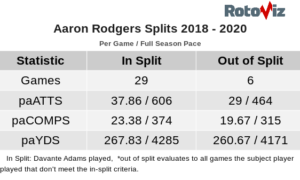 No need to overthink this one. Ryan is in the higher volume offense, has his full receiving corps active, and projects to be playing form behind.

Rodgers is without two of his best weapons and unless the game script gets out of hand, he’s unlikely to hit 40 attempts.

I’d play this one down to -130, and if you miss it, pivot to the yardage play on DK mentioned above.