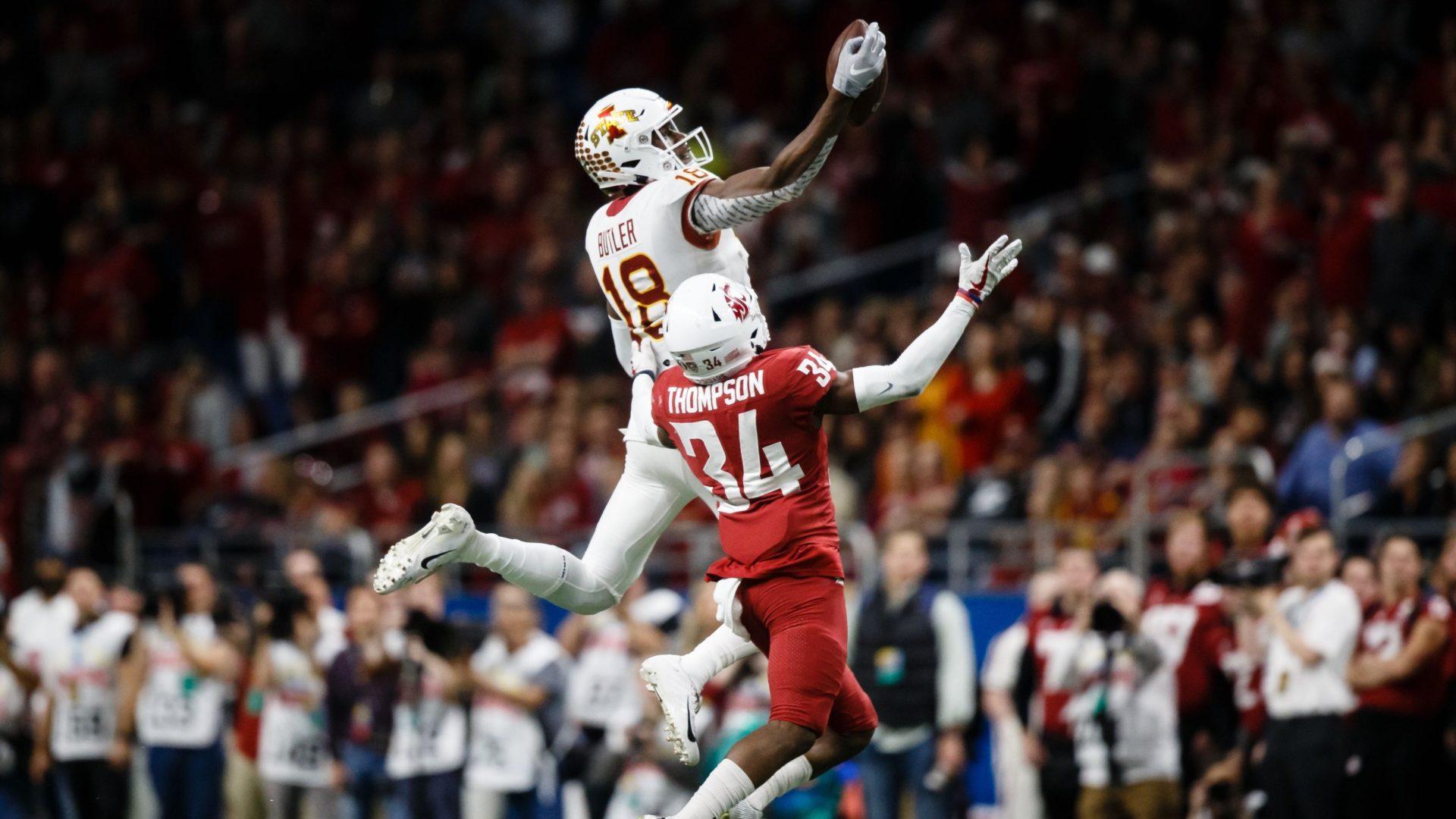 The NFL Draft is less than a month away, and with the premier event of the offseason approaching, we’re seeing more NFL Draft props pop up by the week.

We already dove into RBs, analyzing the over/under on draft position of 24.5 for Josh Jacobs, and now we’ll look at a few tasty WR props that stand out.

Who Will Be the First WR Selected?

These lines come from Sportsbook.com. 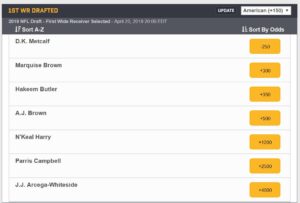 However, this same bet is available at several offshore (and on shore) books with different lines, so shop around, especially if you’re eyeing the underdogs like we are. Another offshore book has the odds even more polarized:

The Ole Miss receiver is a freaky physical specimen at 6’3″ and 225 lbs, but he’s far from a slam dunk prospect:

As a prospect, Metcalf’s range of outcomes is extremely polarized, making him a risky bet in the first round. College production is the best indicator we have of NFL success, and fair or not, Metcalf’s is near non-existent.

Taking him with a top-10 pick, as many have mocked, would be a significant risk.

That leaves three other contenders, all getting great odds.

At his current odds of +350 to +800, Hakeem Butler is a stand out. The Iowa State WR has been getting some serious heat in recent weeks and appears to be squarely in the conversation to be the first WR selected.

Rotoworld’s Evan Silva recently mocked to the Steelers at 20th overall, ahead of every other WR.

My First NFL Mock Draft of the 2019 Offseason. pic.twitter.com/Y87Lup7zjQ

I don’t understand why Butler isn’t viewed as the No. 1 receiver in this class. I understand there were drops last season, but I try not to let a percentage of snaps cloud an entire list of positives. Butler wins at every level from every alignment.

Butler may not sprint in a straight line as fast as Metcalf, but 40 times for receivers don’t correlate strongly with NFL success.

Turn on the tape and you’ll see a receiver who may not be the best route runner, but one who can get downfield, win jump balls, and physically dominate opposing CBs.

I’m also taking Marquise Brown at +400 and would play it to +300. Brown may not have the size, but he was a very productive collegiate player, eclipsing 1,000 yards in both of his two seasons. He was the second WR selected in Silva’s mock, not Metcalf.

I think there is a very real chance that the unproductive Metcalf slides, making our +800 and +400 bets a solid value come draft day.

Who you betting these with?