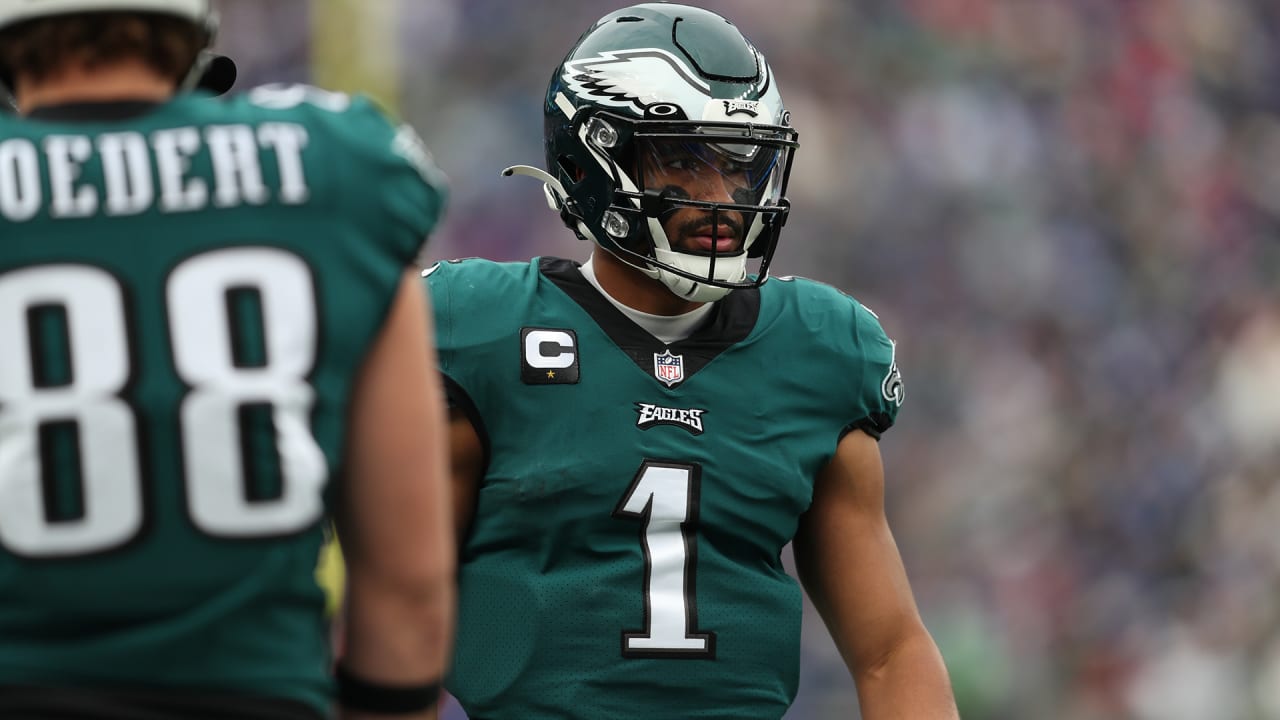 We see a strong value on Jalen Hurts tonight as we break down one of our top props tonight for Eagles Washington.

Hurts and the Eagles are likely to keep up their approach of being the run-heaviest team in the league over the back half of the season, and that’s where we’ll turn our focus for, ahem… Tuesday Night Football.

Last night’s loss was a painful one. If Minnesota had managed more than just one first down in the final 20 minutes, we likely cash our Fields under. But QB fades have been good to us this year on the whole, and we’ll happily go right back to the well.

They’ve helped us build a 61% hit rate on NFL props this year — Join us here to get full weekly slates of NFL props delivered to your device, including BTP’s NBA props, which are hitting 61%.

After dabbling with a balanced offensive approach early in the year, Philly has morphed into the most pass-adverse team in the league. They absolutely do not want to pass the ball — their Pass Rate Over Expected (PROE) is now -13% or worse in seven straight games. 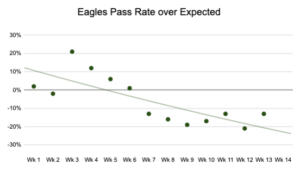 Those mind-boggling underlying numbers have led to some ugly stat lines for Hurts, who’s now gone under 200 yards in seven of his last eight games with an average result of 158.5 passing yards in that stretch. 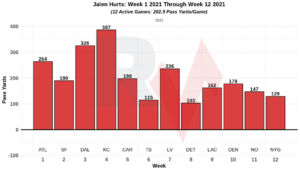 There’s little reason to think that they stray much from that script tonight. The Eagles finally have all four of their RBs fully healthy. Facing a depleted Washington team that is likely starting “Garrett Gilbert” at QB, they probably won’t be forced into a faster script.

GIlbert was literally signed to the team on Friday, and the Washington team total here is 17. Assuming he’s not the second coming of Kurt Warner, the Eagles are very likely to be relying heavily on the run game once again.

In all, Hurts has gone under his closing line on Passing Yards 75% of the time this year, and with another ugly game environment on tap, there’s not much reason to believe he exceeds expectations tonight.