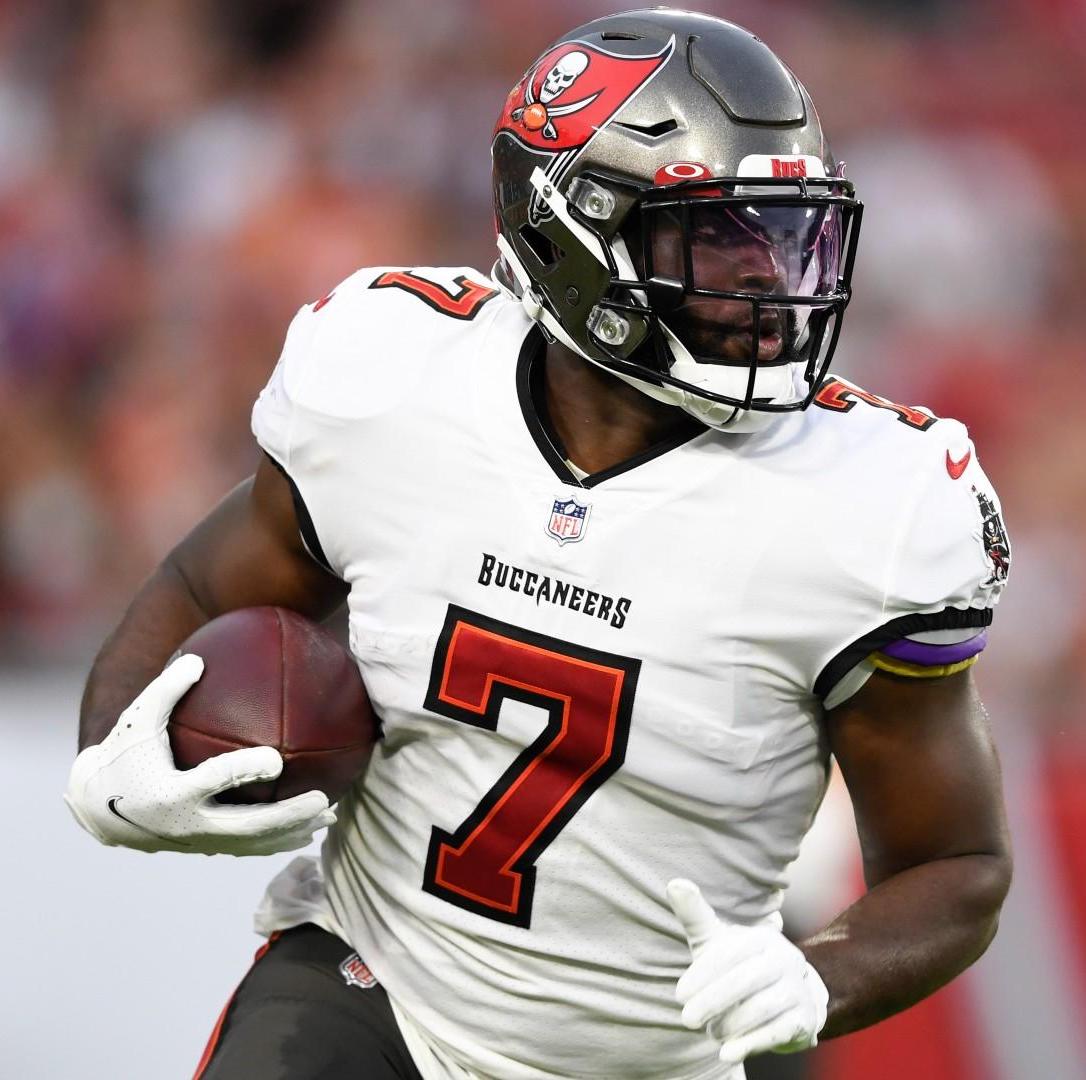 There are four games scheduled for this Sunday’s late afternoon slate, but one stands out from the rest. The Tampa Bay Buccaneers are hosting the Green Bay Packers in a marquis matchup —  kickoff is at 4:25 PM ET. We’re going to be diving into this contest and bringing you one of our favorite NFL Props for Week 3.

Both Green Bay and Tampa Bay are missing several important pass catchers this week. The Bucs are especially weak, with just about every single one of their wide receivers landing on the injury report. Mike Evans is facing a one-game suspension and Chris Godwin has been ruled out with a hamstring injury, while Julio Jones, Russell Gage, and Breshad Perriman all carry questionable tags into Sunday.

Due to the mayhem in Tampa’s wide receiver room, it wouldn’t be a surprise to see the team rely on Leonard Fournette and the run game this week. The Packers run defense hasn’t looked intimidating thus far, and Tom Brady has nobody to throw to. Let’s join the Bucs in relying on Fournette in Week 3!

Leonard Fournette has been the focal point of Tampa Bay’s offense to begin the 2022 season. He’s been seeing as much work as he can possibly handle, and it’s helped lead the Bucs to a 2-0 start.

Lombardi Lenny may have only finished with 65 rushing yards last Sunday. But, he handled an impressive 24 carries and he was in a tough matchup against the New Orleans Saints. In Week 1, he looked fantastic as he turned 21 carries into 127 rushing yards.

With Tom Brady’s WR room in shambles, his dependable running back could be in for a ton of work yet again this Sunday.

Fournette is one of only three RBs to see at least 80% of his team’s snaps thus far, along with Christian McCaffrey and Saquon Barkley. He’s out-carried his backfield mate Rachaad White 45-8, good for an 84.9% RB rush share this season. In other words, he’s as locked into an RB1 role as one can be.

Buccaneers head coach Todd Bowles feels the same way about the LSU product. When asked about Fournette’s workload this week, Bowles replied “Not at this time.” He also went on to say that “when Lenny gets going you’ve got to feed him while he’s hot.”

That’s quite the encouragement from Tampa’s new head coach, essentially confirming everything we knew about Tampa’s backfield.

Dating back to last season, Fournette has averaged 16.0 rush attempts and 73.2 YPG in his last 12 full games. He ran for at least 65 yards in 8 of these 12 contests, and the Green Bay matchup sets up another good game for the 6th-year runner.

Green Bay’s defense was touted as one of the league’s best during the preseason. However, they’ve fallen a bit short of expectations through their first pair of games. They’ve been gashed on the ground in each game, giving up 90 rushing yards to Dalvin Cook in Week 1 and 122 to David Montgomery in Week 2.

The Pack also ranked seventh-worst in expected points contributed by rushing defense through Week 2. This follows their 2021 year-end ranking of fourth-worst in the same metric. Green Bay conceded 4.7 yards per tote last season, good for a bottom-four finish in that department, too.

And, out of the nine RBs to see at least 15 carries vs. Green Bay over the last two seasons, seven of them reached the 70-yard mark.

Fournette should easily be in for this type of volume and then some in Week 3. Look for the Bucs to keep handing the rock to Lenny in what could be an ugly game this Sunday.

Tampa Bay’s offense projects to look different this week compared to its high-flying nature over the last couple of seasons. Tom Brady’s missing his best receivers, which means it’s time to turn to Leonard Fournette.

The Packers offer a nice matchup for Tampa to attack via the ground game, so we should see plenty of Fournette all afternoon.

Enjoy playing the best of our NFL Props for Week 3 and Join us for the rest of the NFL season!