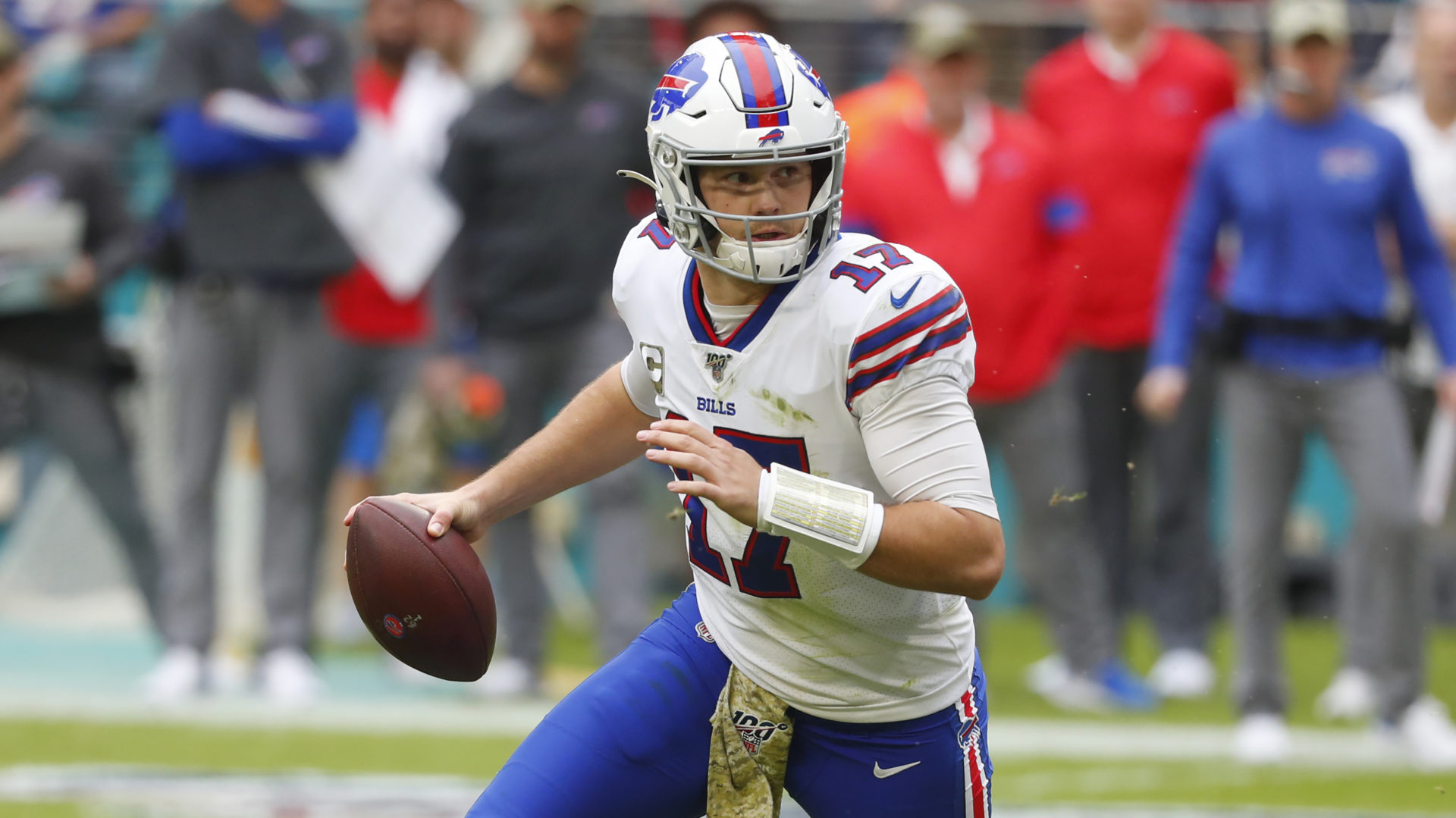 AFC playoff spots hang in the balance on Sunday Night Football, and we're breaking down the best Bills Steelers props for the game.

Josh Allen's mobility has been a big part of the Bills 9-4 record as they look to qualify for the postseason for just the second time since the turn of the century. But Allen's mobility may be limited this week, and that's where we start in wasting no time getting to our first prop.

We'll also layout one of our favorite leans for those looking for a little more action in primetime. Article leans are 15-9 (63%) on the year.

We're on a roll, hitting our free primetime picks for last Sunday and Monday night, so let's stay hot. Join us here to get our full slate of weekly picks, which are up over 80 units on the year.

One of Allen's greatest assets is his legs. On the year, he has the:

However, last week versus Baltimore, he tweaked his ankle in the second quarter which led to his lowest rushing output on the season in both carries and yards. He ended up finishing the game with just two carries for nine yards versus a shutdown Ravens D.

Mitch Morse steps on Josh Allen’s ankle who then limps off the field. #Bills pic.twitter.com/0JJDjr8Rvf

His matchup this week versus Pittsburgh is almost as difficult.

The Steelers allow the ninth-fewest rushing yards per game overall and the sixth-fewest rushing YPG to QBs (11). They also get after the QB - they lead the NFL in sacks (48) and QB hits (96).

They've tempered expectations for other rushing QBs, allowing 6 attempts for 22 yards to Russell Wilson in Week 2, 14-70 to Lamar Jackson in Week 5, and 2-3 to Kyler Murray last week.

With the combination of a possible gimpy ankle and the Steelers being able to contain Kyler Murray last week, the under is the play to attack here.

Treat this Bills Steelers prop lean as entertainment and play it at your own risk.