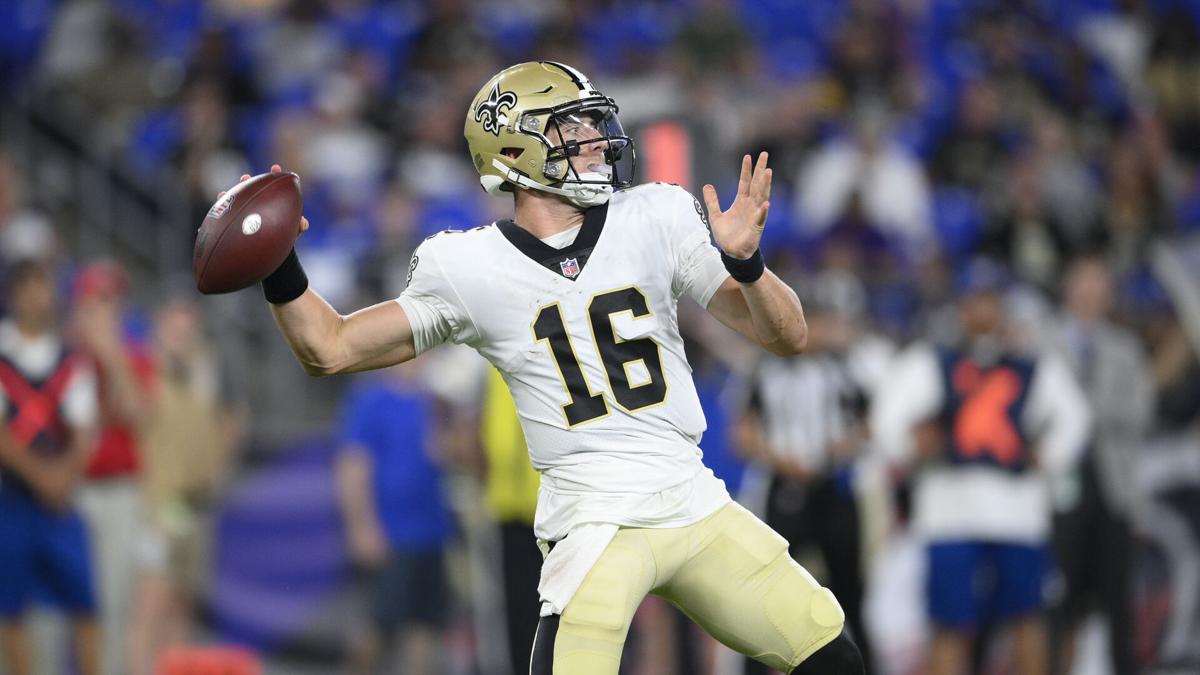 We’re getting a little speculative in our look at one of our favorite MNF pros for Saints Dolphins tonight.

Ian Book is an unknown commodity at the NFL level, but a little research reveals one certainty — the man can move.

So we turn to his rushing line tonight, which looks a little low, especially if they install the Taysom Hill package for him.

We’re in the midst of another winning week (11-5) after a win on SNF last night, and we’re clicking along at 61% on NFL props this year. There’s lots of season left, so join us and start building that bankroll.

Note: We released this play at Over 20.5 yards when it opened last night. We still like the play but would downgrade it to a 0.5 unit lean at this number. If you always want to get the best lines and prices, join us via the link above.

Who is Ian Book? The Saints picked him 133rd over in this year’s draft out of Notre Dame. While not a high-end prospect, he appears a capable one as both a passer and a runner.

Pair all that with a 79th percentile agility score and 79th percentile SPARQ score, and you have a high-end athlete who can also deliver the ball accurately (63.8% career completion percentage).

Book ran for 546 and 485 yards in his final two seasons for the Fighting Irish, although those numbers are slightly skewed by the fact that QB sacks count against rushing yards in college.

Still, he has all the makings of a decent dual-threat along the lines of Taysom Hill. Hill ran a 99th-percentile 4.51-second 40-yard dash, so he’s definitely faster than Book; however, his agility score is not in the same league as Book’s.

I use Hill as a comparison because we’ve seen that the Saints are willing to tailor their offense to play to the strength of their athletic QB. Hill racked up 11 rushing attempts in each of his three starts for the Saints, averaging 69 rushing yards per game.

Again, Book may not be as fast as Hill, but he’s more agile, and you can bet that New Orleans will dial up at least a few designed run plays for him.

“If a guy’s open, the ball is going to be on target, I know that,” said Tommy Rees, Book’s offensive coordinator at Notre Dame. “He’s a very accurate kid. He’s a really good athlete, he’ll be able to run around, probably make some plays. There might be some opportunities for him in the run game a little bit.”

You can see some of that agility at work below as the Irish give him several designed-run plays.

Increased volume is another factor working in our favor here, as the Dolphins and their opponents tend to play fast.

The Saints don’t run a ton of tempo, but they do like to run the ball behind one of the league’s worst group of WRs. Their 47% run ratio is the third-highest in the league, and with Miami’s pass defense coming on strong to close out the year, I expect the Saints to be running a ton here, including some looks for the athletic rookie QB.

It’s also worth noting that Miami’s defense blitzes at the highest rate in the league, which could force Book into a few more scrambles.

At our number, we just need 4-6 attempts.

It’s a somewhat speculative play on our part, but the logic adds up.

Book has a very wide range of outcomes here – he could go for 8 yards or 60 – but the balance of outcomes is in our favor, given his impressive athletic profile and the Saints penchant for playing to their player’s strengths.