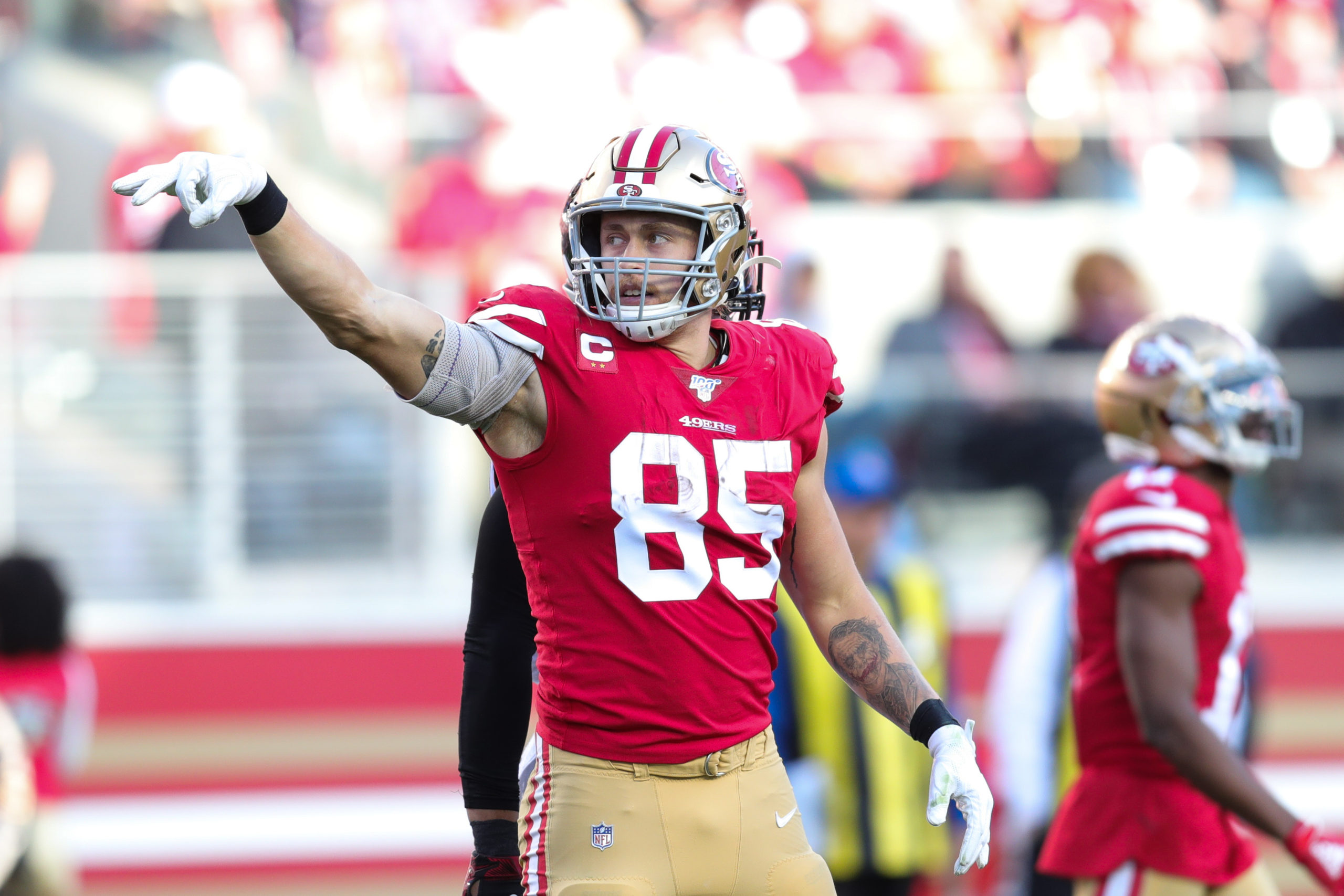 After missing two weeks due to injury, Kittle practiced in full every day this week and is ready to “let it loose” according to reports.

When healthy, he’s one of the most dominant offensive weapons in the NFL, notching back-to-back 1,000-yard seasons despite playing in a run-heavy San Francisco offense. Linemakers seem to have over-adjusted for Kittle’s injury because this line is way off what you’d usually see for him.

Let’s get into the pick.

But that’s not the only reason to be bullish on Kittle in Week 4.

Running backs Raheem Mostert and Tevin Coleman are both out as well. Kittle is always the primary option in this offense when healthy, but he’s going to be even more heavily relied upon than usual because of how banged-up San Francisco is at the moment.

Jimmy Garoppolo was also a victim of the injury carnage, giving Nick Mullens the start in primetime.

In nine career games with Mullens at the helm, Kittle has averaged 9.4 targets and 97.7 yards per game. 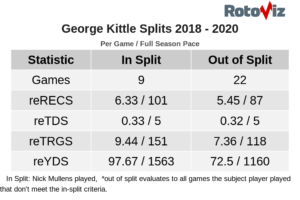 While most players would take a significant hit without their starting quarterback, it’s fair to wonder whether Mullens starting is actually a positive development for Kittle’s production because the young QB has absolutely peppered his star TE so much in the past.

It doesn’t hurt that Mullens has been pretty good either, averaging 8.4 yards per attempt (albeit in a limited sample size) for his career.

It’s always scary to take a TE over, but it’s much easier to justify when Kittle has hit this mark in 25 of his last 31 regular-season games. While there is some uncertainty in this one because it’s his first game back from injury, you can calm your nerves a little bit because he practiced fully all week.

I keep harping on the stat that he’s gone over this line in 25 of his last 31 regular-season games, but it’s a number worth harping on. With the 49ers’ receiving corps banged-up, Kittle is going to be involved early and often.