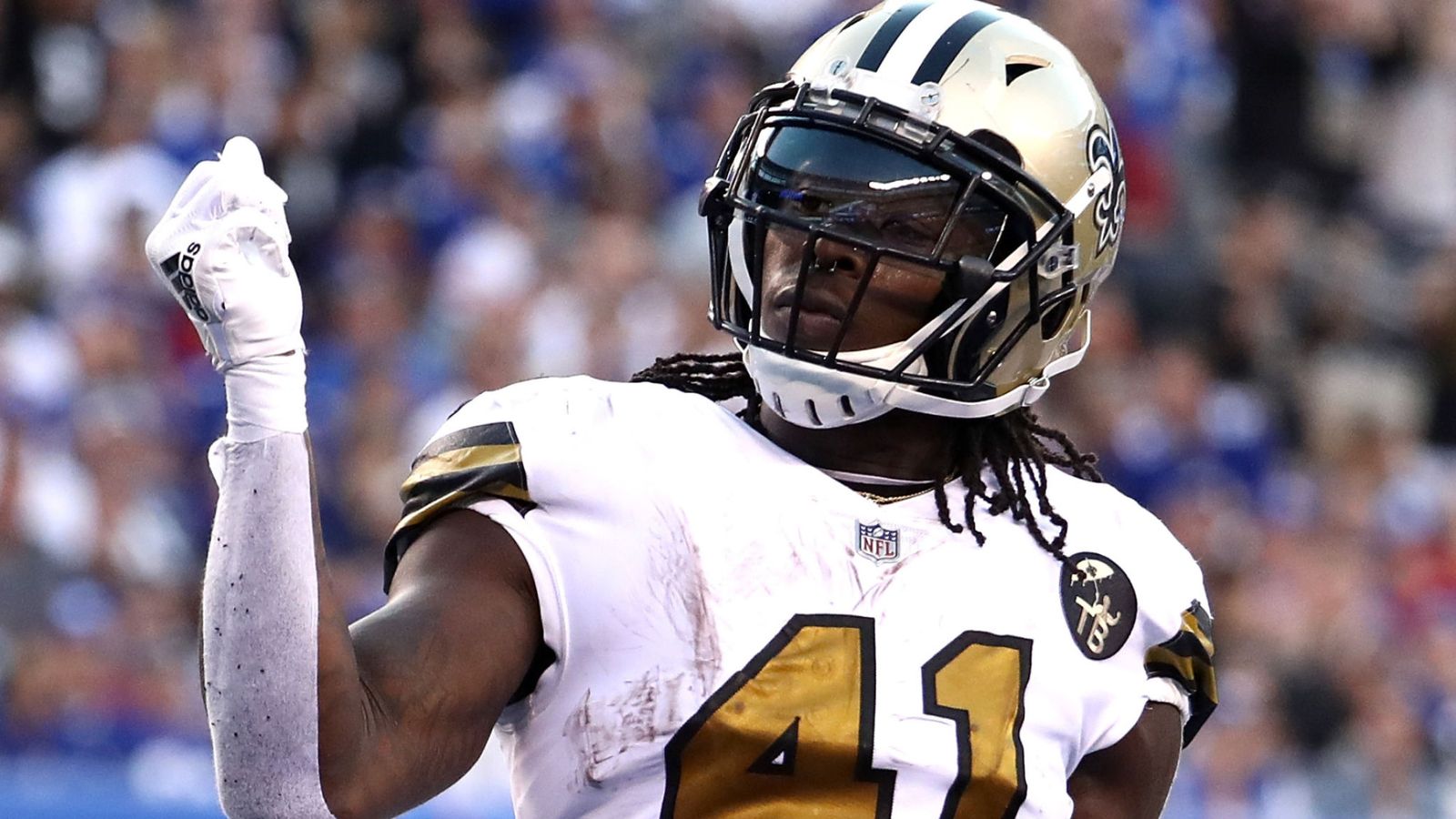 Sunday Night Football brings some star power, and our best SNF props for the Cowboys and Saints hones in on two of the brightest.

Alvin Kamara put the Drew Brees-less Saints on his back in that Week 3 upset up in Seattle, and they're going to need more of the same to pull off another upset against the 2.5-point favorite Cowboys.

Meanwhile, Amari Cooper looks to put together a consistent stretch of production for the first time in a few years.

Last week, we went 1-1 in this SNF space, but overall we’re having a hot start to the season:

And don't forget to check out our favorite WR prop bets for Week 4 here.

This is not the type of bet I prefer to make, but these are not normal times with Teddy Bridgewater at the controls the Saints explosive offense.

You may have seen this pass chart from last week showing Teddy's total unwillingness to test a defense past 10 yards. 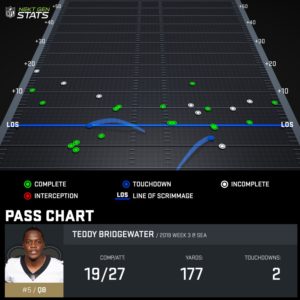 Kamara caught 9 of those completions (10 targets), turning them into 92 receiving yards.

It was only one game, and the Saints have admittedly made a habit of featuring Kamara one game only to have him disappear the next, but that was in the Drew Brees days. I'm expecting more of the same against a Cowboys defense that keeps everything in front of it.

It's a style of play stretches back to last year. Dallas surrendered the fifth-most receptions to opposing RBs, including Kamara's 11-target, 8-reception game against the Cowboys in Week 13. So far in 2019, they've given up the sixth-most RB receptions.

Most encouragingly, we witnessed never-before-seen usage from Kamara in Seattle last week. An 88% snap rate was the highest of his career. 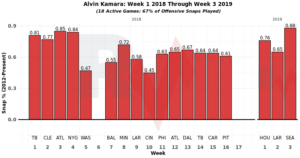 And with Bridgewater at the helm, the Saints are making an effort to keep Kamara's looks even more high percentage. Last year (and through the first two games this year), Kamara's average depth of target (aDOT) was 1.9 yards, but with Teddy, his aDOT sunk nearly four yards to negative 1.7 yards. It's easy to complete lots of passes with an aDOT below zero.

Kamara was featured the last time these two teams played, and there's every reason to believe that will again be the case on SNF.