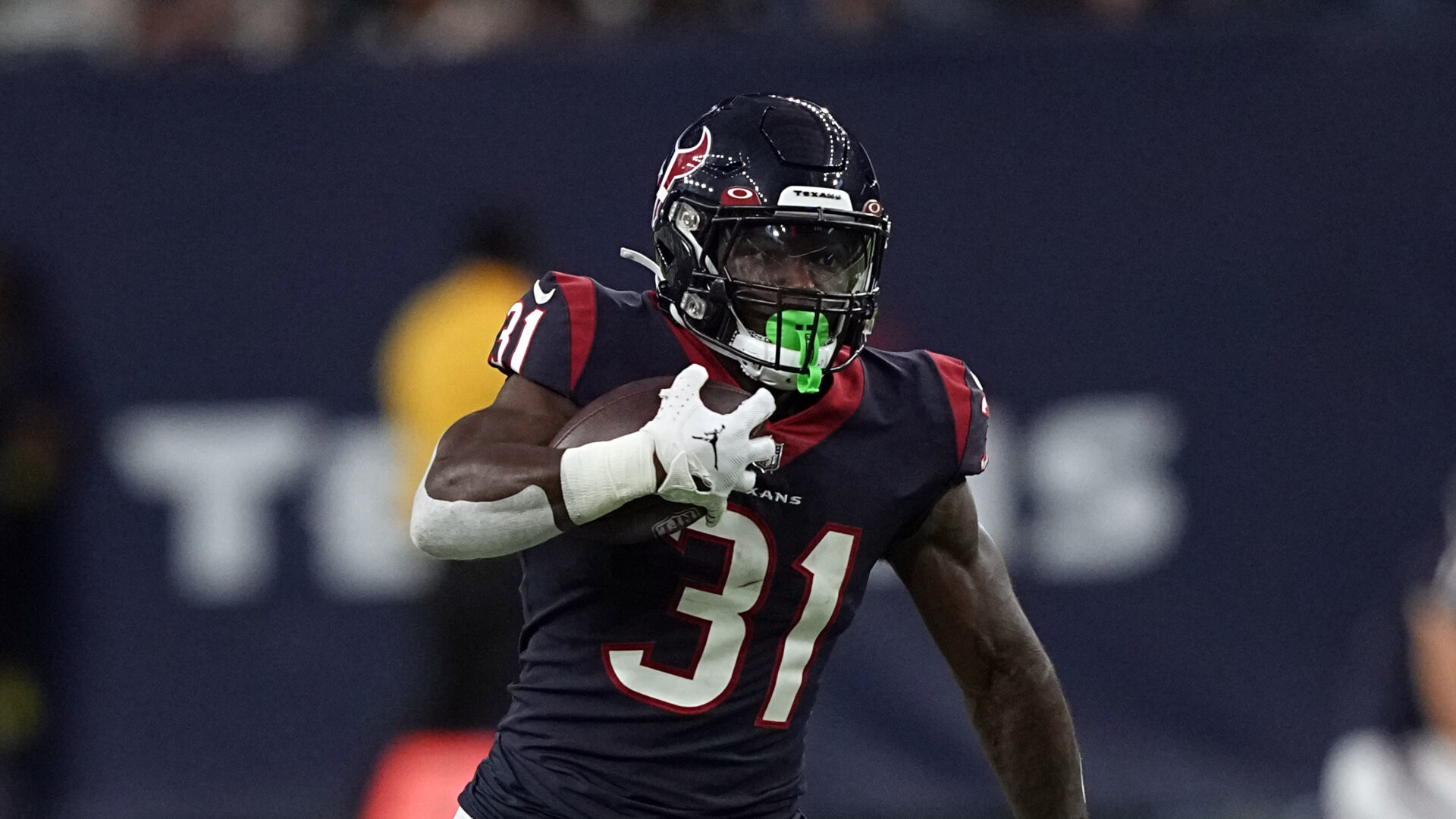 A blowout is brewing as the Texans host the Eagles as massive 13.5-point underdogs, but thankfully there are plenty of Thursday Night Football props to keep us entertained.

Here are five top prop trends from the season to consider for this one. We also add one official play tonight in the final section. 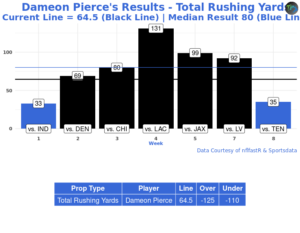 The rookie’s rushing line of 64.5 yards is one of the most fascinating props looks for tonight.

On one hand, Pierce has been consistently awesome on a very bad offense, hitting this mark in 5-of-7 games with a healthy median result of 80.

On the other hand, the two-touchdown spread in this one suggests a game script that will make it very tough for the Texans to be able to stick with their ground game.

The 7-0 Eagles are also allowing the third-fewest rushing attempts per game at 22.3. 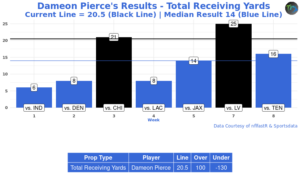 On the other end of the spectrum is Pierce’s receiving prop. He’s fallen short of tonight’s 20.5 line in 5-of-7 games as he shares the passing work with Rex Burkhead.

For both of these Pierce props, it’s worth noting the lack of other options for Houston tonight. Nico Collins is out, and it sounds like there is a decent chance that Brandin Cooks sits, so someone’s got to pick up the slack, Pierce has been one of their best players. 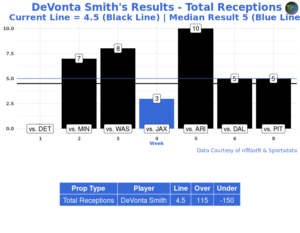 With all the attention on AJ Brown this year, DeVonta Smith has quietly been an effective force for the undefeated Eagles.

The sophomore out of Alabama has hit 5-plus receptions in 5-of-7 games this year, and as a bonus, the over is paying plus odds at +115. 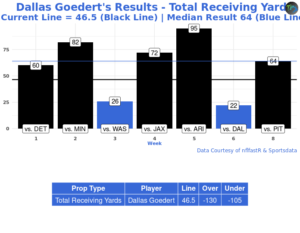 Everyone’s been eating in Philly this year.

Jalen Hurts is making a case for the MVP, and his incredible efficiency has helped TE Dallas Goedert to hit his receiving line of 46.5 in 5-of-7 games so far with a median result of 64. 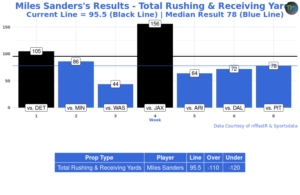 The prop market is overwhelmingly expecting Miles Sanders to carry a huge load tonight based on the potential blowout script which could see the Eagles handing it off at a high rate in the second half.

Still, it’s a huge number to hit, and he’s only done so twice this year so far with a median result that is 17.5 yards off of tonight’s line.

Here’s our free pick that we posted on Twitter earlier today. This one is official for our subscribers as well. Join us here to get all our subscriber plays alerted to your device.