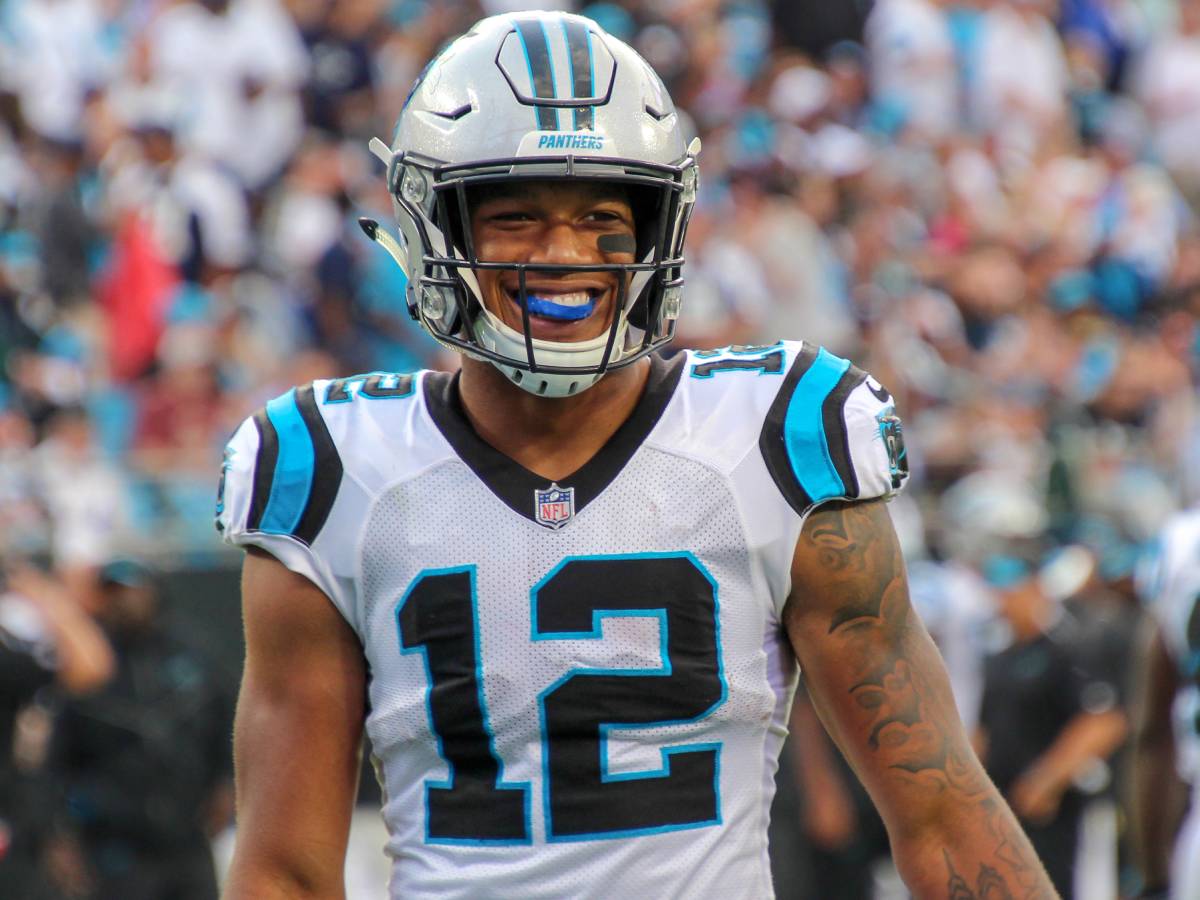 If you’re looking for more season-long NFL prop bets, we’ve got you covered:

Let’s dive in on two more as we countdown to kickoff.

Moore has been a priority target for me in fantasy football leagues this offseason. He has an elite prospect profile that is being undervalued by both the betting and fantasy markets.

It’s rare to see 21-year olds like Moore put up significant numbers in the NFL as rookies, and when they do, they tend to turn quickly turn into superstars.

There have been 13 WRs to hit 800 receiving yards as 21-year old rookies since 2000. Here’s what those players did in year two:

This who’s who list of precocious studs averaged 1,081 receiving yards as sophomores. Ten of the 13 (77%) went over 800 yards, and injury is to blame for two of those shortfalls — Keenan Allen and Kenny Britt were both on pace to easily clear that threshold had they played even one more game. The lone guy who was a true flop in year two was Antonio Bryant.

Injury is the only way that Moore is going under this number. He hit 788 yards in his rookie season, and with another year of physical development paired with his first full offseason of NFL coaching (not to mention the fact that he posted those numbers with Cam Newton and his injured shoulder throwing to him), there’s no reason to think Moore is a candidate for regression.

We don’t like to bet a lot of overs in general, and when we do, we like to have enough cushion so that we can still go over even if the player misses two games.

A 1,000-yard season is well within Moore’s range of outcomes, so that’s more than enough leeway for me to confidently bet this over on 800.5.

This is another number where our target player can miss a few games and still hit the over.

Earlier in the offseason, we outlined why we liked the under on Stefon Diggs at 999.5 receiving yards, and the main factor was the Vikings signaling their steadfast commitment to the run game in 2019.

They went extremely run-heavy after firing their offensive coordinator in Week 14, jacking up their rush attempts by 31%. 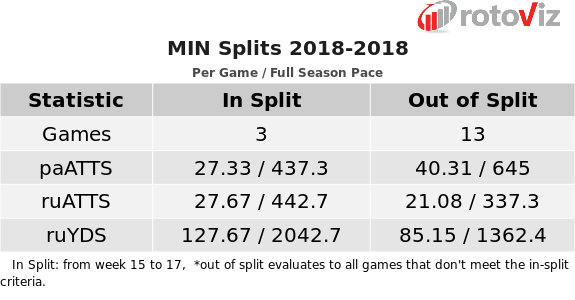 Then they went out and hired run-game guru Gary Kubiak as an offensive advisor on top of drafting a center in the first round.

Kubiak comes from that Shanahan zone-blocking coaching tree, and his backs have seen tremendous success over a large sample.

Here’s what Kubiak’s RBs have done when he’s overseeing the offense:

While this is overall RB team totals and not that of the team’s lead RB, it’s notable nonetheless that his backs score an average of 15.3 total TDs per season.

Cook could miss two games and still have a realistic chance of going over on rushing TDs alone.