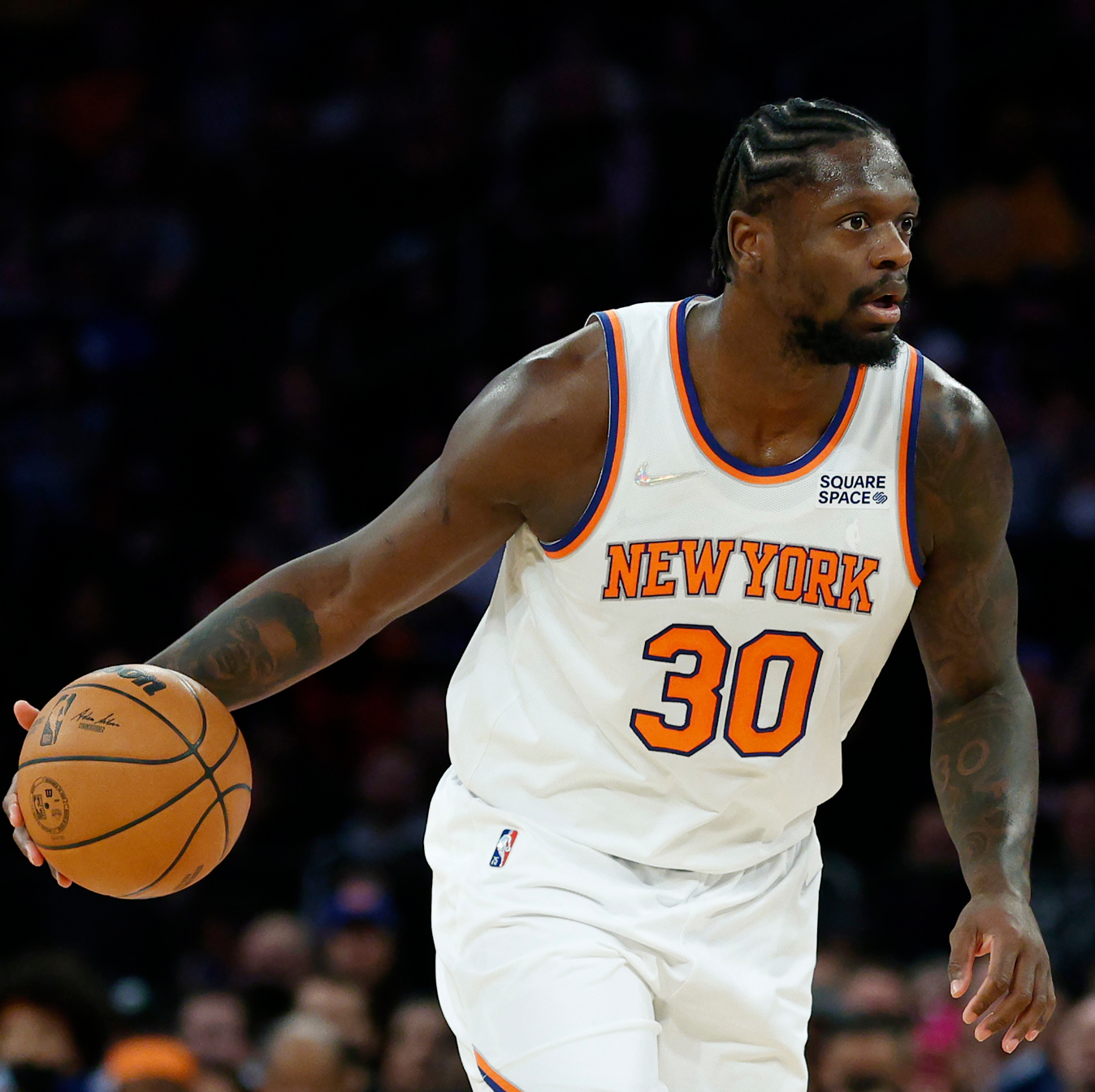 A massive 11-game Wednesday NBA slate lies ahead, and we’re bringing you some dynamite NBA props for tonight. We’ll be locking in on the New York Knicks, who are hosting the Atlanta Hawks at Madison Square Garden — tip-off is at 7:30 ET.

These two teams have developed an electric rivalry over the last couple of seasons, primarily thanks to Trae Young and his beef with Knicks fans. But, Julius Randle has his fair share of explosion games against the Hawks, too. He looks much better than he did last season and draws an advantageous matchup against Atlanta’s frontcourt. I like Randle’s odds to take over in the Garden on Wednesday evening.

Julius Randle was a revelation back in the 2020-21 season. He scored a career-high 24.1 points per game on his way to being named Most Improved player and an All-NBA 2nd Teamer. Last season, however, he was wildly disappointing. His scoring and efficiency dipped massively and he was nothing like the player we saw two years ago.

Through six games this season, the New York forward looks closer to his 2021 self than his 2022 self. New addition Jalen Brunson has eased the ball-handling load for Randle, and that should be in full effect tonight. And, because of Atlanta’s personnel, Randle has one of the best individual matchups out of anyone in the Knicks’ lineup. The volume should be there for the 27-year-old forward in a potentially high-scoring home game.

The 2021 All-Star should have a nice one-on-one matchup in this contest. Randle is unlikely to see much of Atlanta’s top two defenders, which should leave him with John Collins for much of the game. Here are Atlanta’s anticipated defensive matchups while each team’s starters are on the floor:

Randle and Evan Fournier are the two players that clearly gain a leg up against the Hawks. And, that’s clearly been the case over the last couple of years.

The 6’8″ forward has been other-worldly against Atlanta recently. He’s scored at least 24 points in five of his last six games against the Hawks, averaging 28.2 PPG. This is simply because John Collins hasn’t been able to guard Randle since they first met all the way back in 2018. Collins has conceded at least 20 points in 9 of their 12 career matchups, and it’s almost like Julius becomes a superhero when these two face off.

The Kentucky product has averaged 26.5 points per 36 minutes on 63.5% true shooting in 12 games against Collins since the 2017-18 season. Meanwhile, stats over the last five years in total sit at 22.3 points per 36 on just 56.2 TS%. Plus, the Hawks forward hasn’t been sharp defensively in recent games, either. He’s given up more than 30 points to both Pascal Siakam and Bojan Bogdanovic within the last week. Things are looking up for the former Laker and Pelican in this matchup.

There was plenty of off-season speculation with regard to Randle’s role in the 2022-23 Knicks offense. But, RJ Barrett is yet to make a year-four leap, and Brunson is distributing quite a bit. Although the margins are small, Randle is the highest-usage player on the Knicks this season. His 24.6 USG% mark is his lowest in years, but we can expect a slight uptick in New York’s coming games as the team gets used to playing alongside Brunson.

Orange Julius plays around 50% of his minutes with the rest of the starting lineup, as this five shares the court for 16 minutes per game. Meanwhile, Atlanta’s starters share the court for 18.4 minutes per game, good for second-most in the league. Now, why is this important? Well, the aforementioned matchups among these lineups should make way for one of Randle’s highest-usage games we’ve seen thus far. John Collins will certainly have his hands full in MSG tonight.

Julius Randle has owned the Hawks in the regular season for several years. The Knicks are coming off two losses in a row, and Randle failed to score 20 points in either game. Tonight’s matchup screams “get-right game” in the garden for Don Julio.

Have fun playing our top NBA Props for tonight and Join us for the remainder of the NBA season!