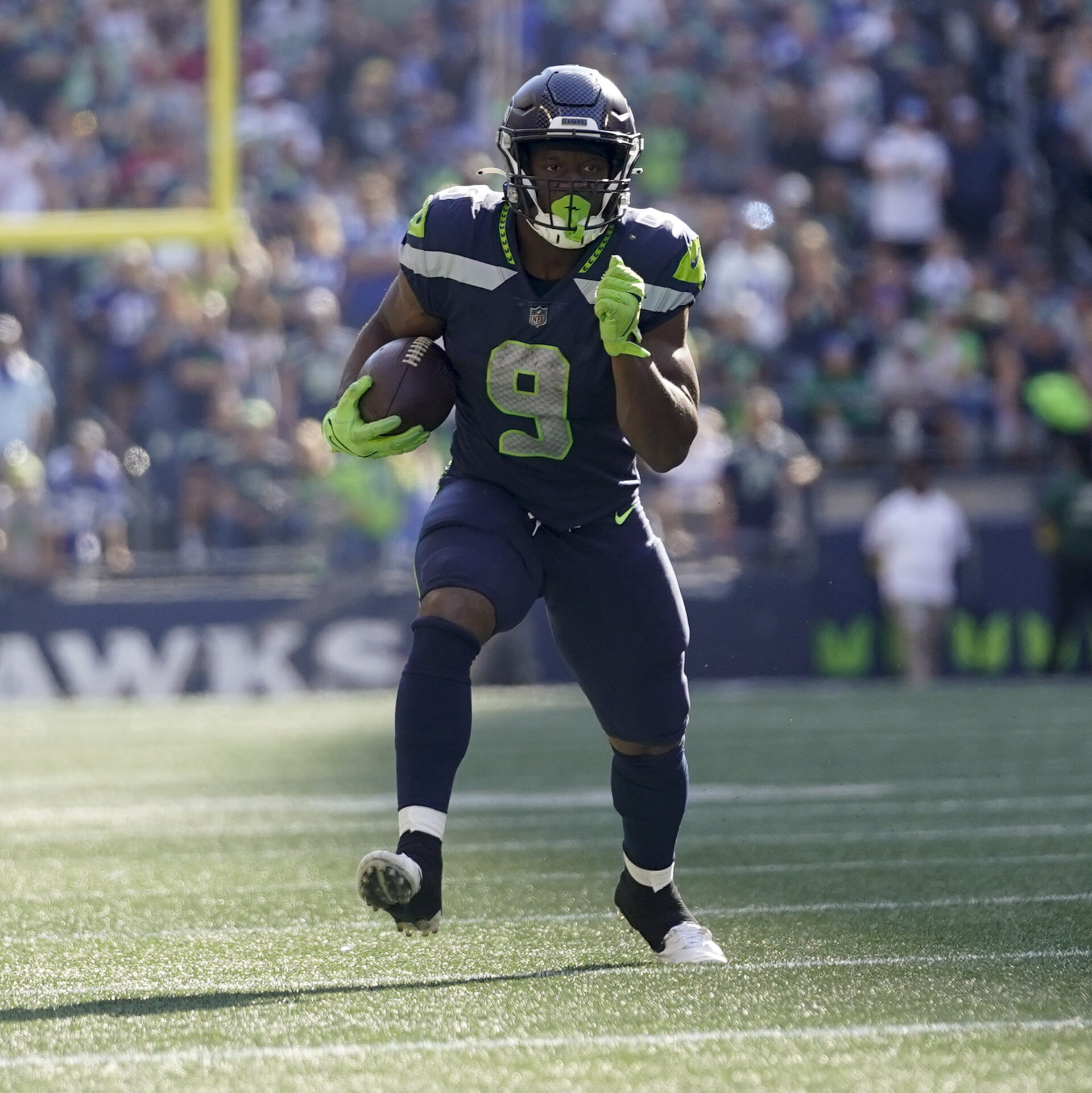 As wild as it is to say, we’ve already reached the halfway point of the 2022 NFL season. Sunday is almost here, and we have two electrifying NFL props for Week 9 lined up. Kenneth Walker III and Amon-Ra St. Brown have been two of the league’s premier young stars in 2022, and we’re targeting each of them this weekend.

Walker and the Seattle Seahawks are in Arizona to face the Cardinals. Seattle is on a three-game win streak, and the team’s rushing offense has been at the heart of their success. The rookie running back is what makes this offense go, and he gets a nice matchup against the struggling Cards this week.

Meanwhile, St. Brown and the Lions are hosting the Green Bay Packers. Similar to Walker, Amon-Ra is at the core of his offense’s success. He ranks top ten in receptions among all players since the midpoint of the 2021 season. And, he should toast a struggling Green Bay defense this Sunday.

Kenneth Walker III finished with just 51 rushing yards last week. It was the first time he failed to rush for more than 80 yards in a month. But, his 18 rushing attempts from last week’s win are quite encouraging.

The rookie has full control of Seattle’s backfield, and last week’s disappointment should be just a blip in the radar.

Back in Week 5, Seattle lost 26-year-old RB Rashaad Penny for the season due to a fractured fibula. Since the incumbent start was placed on Injured Reserve, the Seahawks have given Walker the reins. And, the second-round draft selection has done nothing but impress.

The Michigan State product is averaging 20.7 carries and 105 rushing yards per game across his three starts. He’s posted an elite 5.4 yards per carry on the season and a ridiculous 5.8 YPC since Penny went down.

Plus, he draws a Cardinals defense that will likely struggle to slow down one of the league’s most prolific rushing attacks. Minnesota’s Dalvin Cook ran for 111 yards on 20 carries against Arizona last Sunday. And, Walker nearly posted a 100-yard game of his own on 21 carries against the Cards three weeks ago.

The Seattle runner is one of the NFL’s most productive runners and has guaranteed weekly volume, so he should have no issue producing against the Cardinals.

Amon-Ra St. Brown perfectly fits the mold of a young star at the wide receiver position. He’s finally back to full health, and the Packers will certainly have their hands full trying to slow him down on Sunday.

Going back to December 1st of the 2021 campaign, St. Brown has at least 6 receptions in 10 of his 12 games. And, the only two games he failed to reach this mark were in October when he played very few snaps due to injury.

The Sun God is averaging 88.2 receiving yards per game over his last 10 healthy contests, and we could see a big day from him at home against the Packers in Week 9.

The Packers may have an above-average pass defense on paper. However, we have nothing to be scared about in this matchup. For starters, they’ve faced a slew of weak passing offenses, skewing the data in their favor. But, it hasn’t even mattered with regard to their defense against opposing number-one wideouts.

It’s not a surprise to see Justin Jefferson, Stefon Diggs, or Terry McLaurin walk out of a game with 70-plus receiving yards. But, Russell Gage and Darius Slayton aren’t exactly pro bowlers, and they still managed to light up Green Bay’s secondary.

The Packers have only faced four players averaging at least 60 YPG in 2022. Three – Jefferson, Diggs, and McLaurin – cashed the over on this prop. The only one that failed to have a big day was Buffalo’s WR2, Gabe Davis.

St. Brown has been borderline unstoppable since the back half of his rookie year, so he shouldn’t have many problems producing against a defense that got torched by Darius Slayton.

Ken Walker and Amon-Ra St. Brown have each enjoyed tremendous starts to their young NFL careers. And, we’ll be looking for them to keep the good times coming as we head into Week 9.

Enjoy playing these two NFL Props for Week 9 and Join us for the rest of the NFL season!