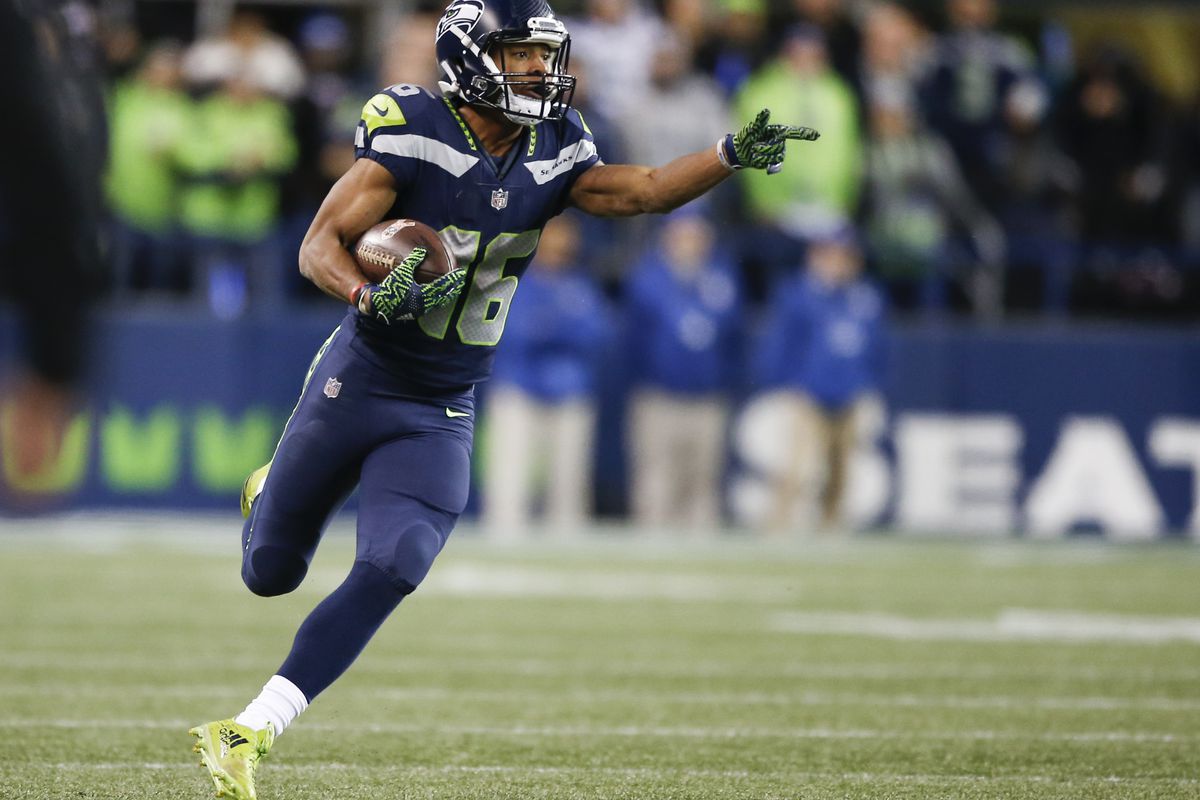 The best NFL props for Week 4 brings us to the Pacific Northwest and one of the best WRs in the NFL who continues to fly under the radar.

Tyler Lockett has been among the busiest WRs in football over the past two weeks, but despite commanding Michael Thomas-like usage, the betting markets continue to treat him like the 2018 version of Lockett.

Ok, maybe they've adjusted a little, but probably not enough, especially at the opening odds we're getting this week.

Last week, we used Air Yards to help us go 2-1 in this WR space, and we started Week 4 off with a 2-1 record on Thursday Night Football.

Overall we're having a hot start to the season:

Lockett's line opened at a disrespectful 4 receptions last week and he led us to an easy cash with 10 catches on 14 targets. Those targets were the third-most among all WRs, behind only Keenan Allen (17) and Mike Evans (15).

Despite wracking up as many receptions as Allen over the past two weeks, Lockett gets slapped with another beatable, albeit beefier, line at 5.5. Still, with plus odds, there's plenty of value here.

Lockett is living in a whole new world of opportunity with the retirement of Doug Baldwin combined with the Seahawks' willingness to up the pace this year.

They've run the 10th-most plays in the league, helping to launch Lockett to career highs in targets. 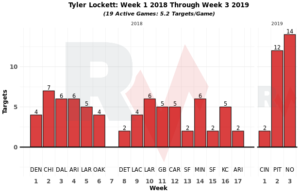 The big difference this year is Lockett's usage in the high-percentage areas. Last year he was used mostly as a downfield threat. But his average depth of target is 11.02 this year, down 19% from 2018.

He's been getting more easy looks, and they don't come much easier than the Cardinals pass defense in the slot -- Trumaine Brock will be handed the task of guarding Lockett. Brock's earned a 57.9 grade from PFF this year and is outmatched as a journeyman CB on his fourth team in four years.

There should be plenty of pace in this one as well -- the Seahawks and Cardinals combine for the 135.4 snaps per game, the third-most of any matchup this weekend.

I expect this line to move and would still play it to -120, but if it moves to 6 receptions, it's time to reconsider.