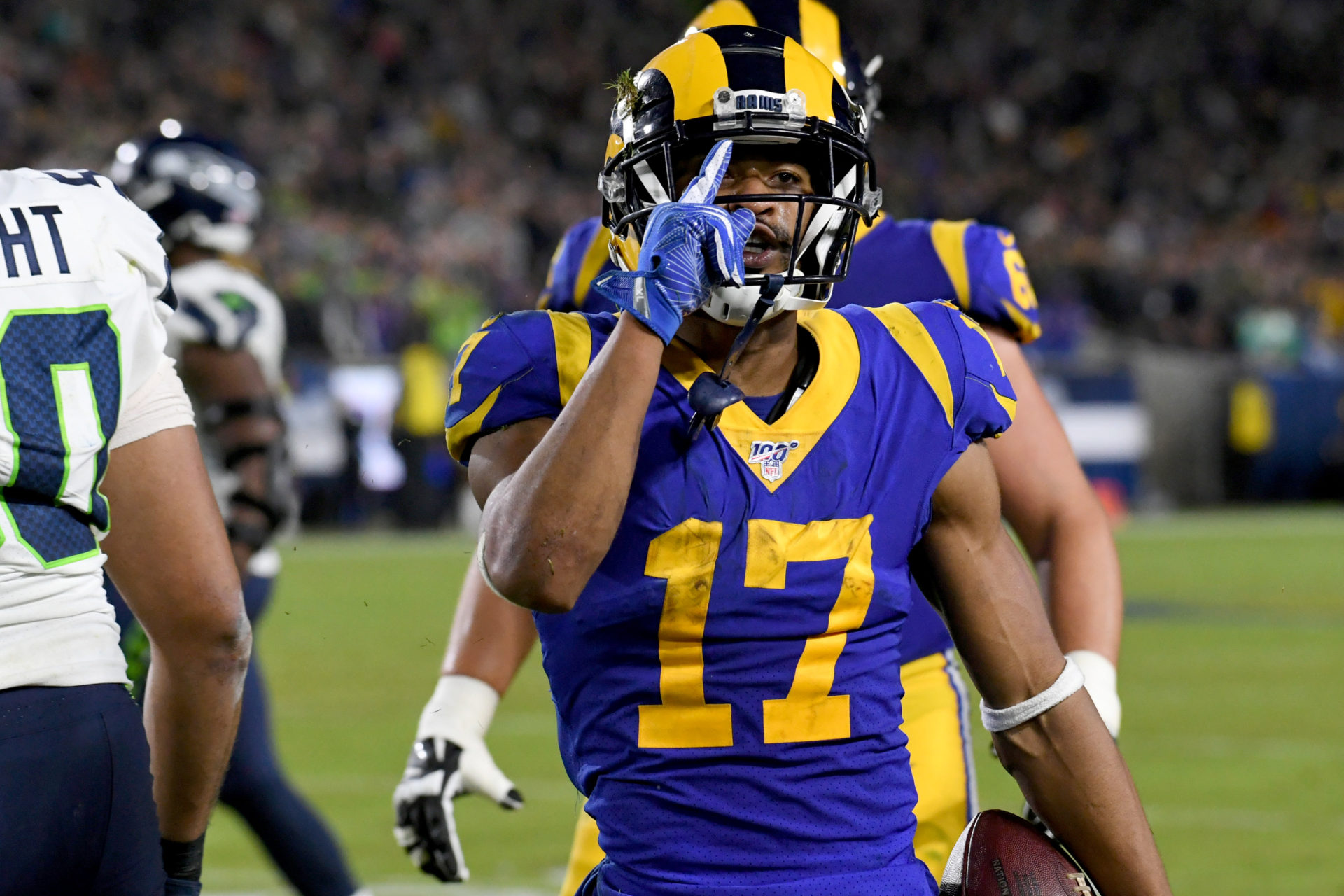 For Robert Woods, 2019 was a tale of two seasons. In Weeks 1-8, Woods had 38 catches on 60 targets for 471 yards. Over the second half of the season, Woods racked up 699 yards in eight games – the fourth-most yards per game in the NFL during that span.

Woods and Cooper Kupp are the clear top dogs in Los Angeles’ high-volume passing offense, and they should both get plenty of volume in 2020.

On the other side of this Sunday Night Football showdown, we’re looking at arguably the second-best aerial attack in the league in Dak Prescott and the Dallas Cowboys. Amari Cooper spearheads an elite receiving group, and he’s joined by 2019 breakout Michael Gallup and tantalizing rookie CeeDee Lamb.

This game should be a thriller – and it has the second-highest total (52.5) of the week – so let’s get right into the pick.

Woods flirted with triple-digit receiving yards on the regular to close out 2019, producing like one of the league’s top wideouts. 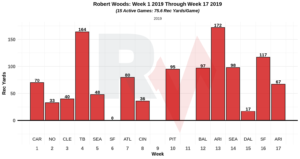 While it’s unreasonable to expect him to pick up right where he left off, Woods averaged at least 75.6 yards per game in both 2018 and 2019 and remains one of the most under-discussed producers in the sport.

He also no longer has to compete with Brandin Cooks – who is now in Houston – for targets. It’s not much of a sample, but Woods has torn it up in the two games he’s played without Cooks over the last two years. 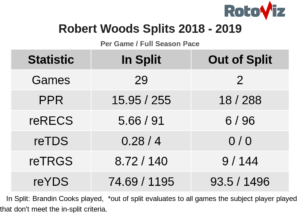 The Rams have one of the most pass-heavy offenses in the league; over the last three years, they’ve ranked third, 14th, and first in pass rate in neutral game script in the first three quarters (i.e. when teams are ideally less incentivized to run or pass based on score). Considering they aren’t the Super Bowl contenders they were a couple of years ago, they should continue to throw the ball at a high rate.

Byron Jones is now in Miami, meaning Dallas’ secondary could struggle to deal with the dynamic duo of Woods and Kupp in their first game as a new unit. According to Pro Football Focus, the Cowboys have the 22nd-best secondary in the league.

Cooper doesn’t get such a good matchup.

Ramsey is one of the top cornerbacks in the game and leads a group that PFF ranks ninth in the NFL. The 26-year-old wideout will also have to compete with Michael Gallup and 17th-overall pick Ceedee Lamb for targets.

Those three are arguably the best receiving trio in the league, which is great for the Dallas offense but dangerous for anyone counting on any one of them to produce in a given week. Ramsey will be following Cooper all night long, so it’s reasonable to think Prescott will look more at Gallup and Lamb considering their softer assignments.

Woods gets a soft matchup and is undervalued following his scorching end to last season, while Cooper will be shadowed by one of the best corners in the NFL.

Woods has a good shot to finish the season with more yards than Cooper, and the difference in matchup only makes this one easier.

I’d make Woods the favorite in this matchup and would play it down to -130.