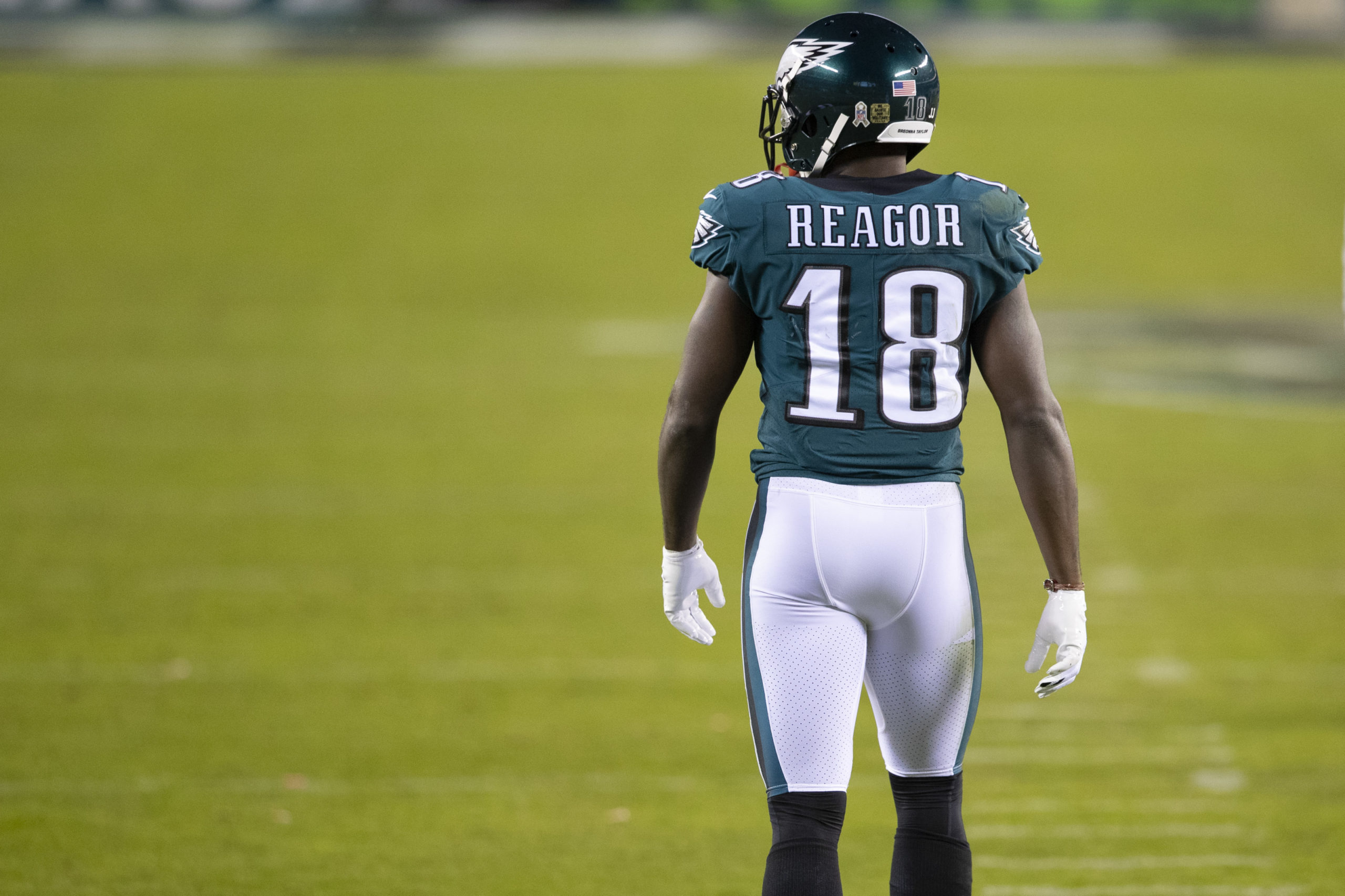 Those betting lines have moved considerably since reports emerged that rookie QB Jalen Hurts could be in line for increased playing time over Carson Wentz tonight. For the purposes of our prop, we’re not worrying about it too much either way and with how poorly Wentz has been playing, the rookie QB might even be an upgrade for Jalen Reagor.

Join us here to get full weekly slates alerted to your device.

Note: We locked this in for our clients at O44.5 on Saturday but still like it to 49.5. Smash that link above to make sure you always get the best number.

Reagor has battled injuries and poor QB play in his rookie campaign, posting a narrow range of results that don’t fully express his enormous upside. 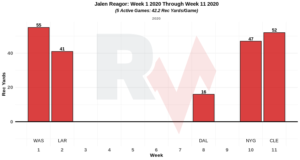 Reagor’s been a bit of an afterthought amongst this absolutely loaded class of rookie WRs, but the Eagles used a first-round pick on him for good reason.

Our Jack Miller took a deep dive on Reagor this summer over at RotoViz and found him to be one of the rare prospects who ticks almost every box. Check out the article for more on his methodology, but the end result of this box-ticking exercise is a list of Reagor comparables that looks like this. 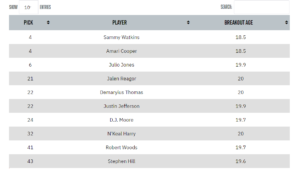 What that tells me is that Reagor is still undervalued and still a good buy-low opportunity.

Justin Jefferson is tearing up the NFL and was used as a close comparison to Reagor as a prospect. I would not be surprised to see Reagor’s receiving lines start to creep up the way that Jefferson’s have over the last few months.

I don’t think this line has much of Reagor’s upside baked in, especially given the matchup.

If there was ever a team to break out against, it’s the Seattle Seahawks.

They’ve been torched by almost everyone they’ve faced, allowing nine different WRs to top 100 yards, while 16 different WRs have been targeted in the double-digits.

Perhaps the Eagles will want to run more if Jalen Hurts does indeed play the majority of snaps at QB, but they are going to have a bad time against a Seahawks run defense allowing 3.6 YPC to enemy backs, third-best in the league.

Whether it’s Wentz or Hurts, the Eagles are going to need to take to the air to beat Seattle, especially as 6-point underdogs.