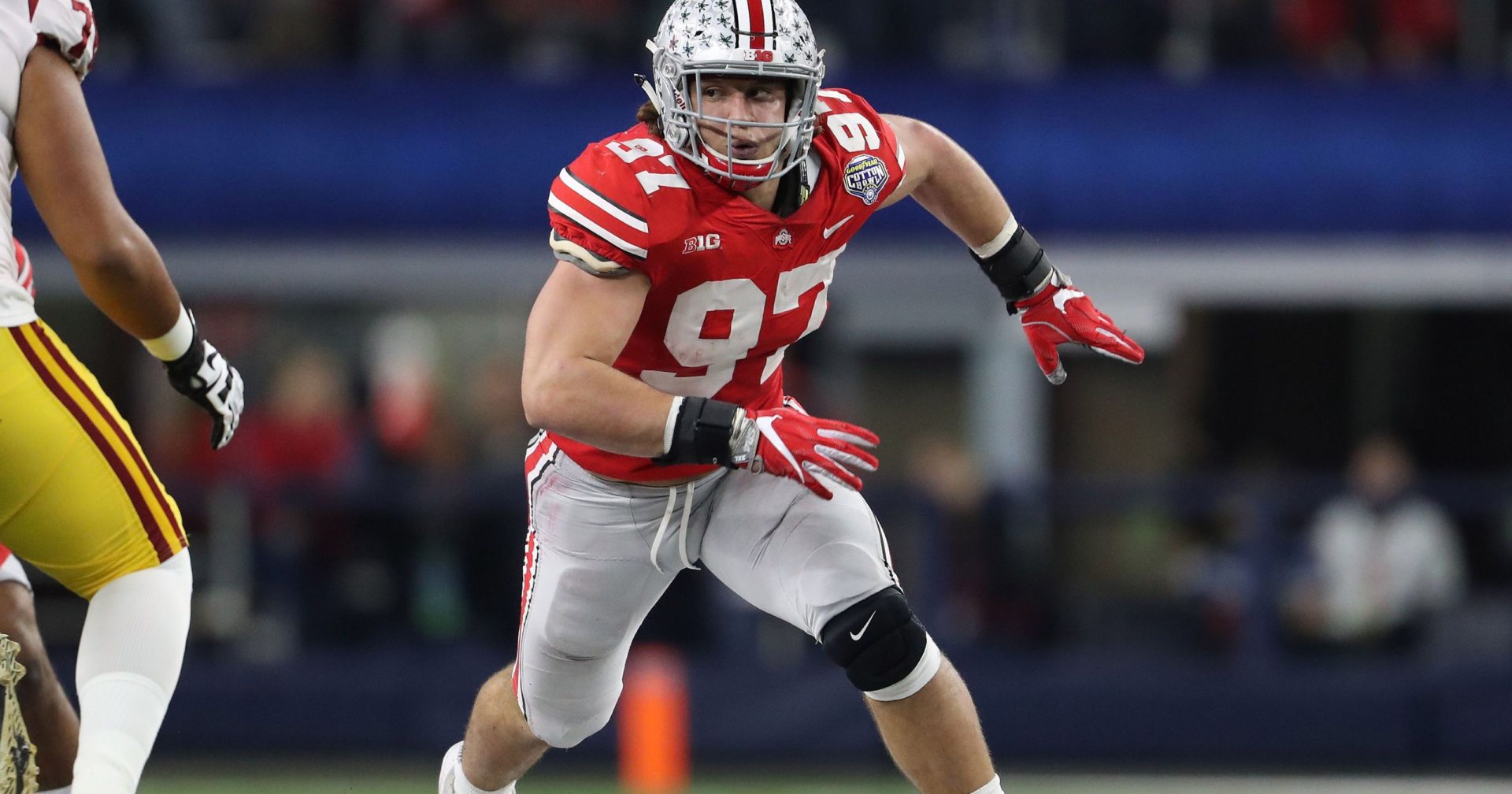 Defensive linemen are set to workout this Sunday, and potential first-overall pick Nick Bosa’s 40-yard dash time is next up as we look at the best 2019 NFL Combine prop bets.

For more Combine coverage, check out our earlier stories:

Spoiler alert, I bet the over on all of those, and that’s where I’m going again with Bosa.

New Jersey-based oddsmaker PointsBet, among others, has set the line at 4.65 seconds, while others have it at 4.68. I don’t think it will ultimately matter, but shop around for the lower line if you can.

Bosa weighs in at any of 263, 265, or 270 pounds, depending on which media outlet you believe. Even if he is on the lighter side, he’ll  will struggle to go so low, if history is any indication.

Regardless of Bosa’s specific traits, which we’ll expand on in a moment, players of his size simply don’t run faster than 4.65 very often.

Using the PFR Combine Tool, I searched for every DE/EDGE to run the 40 at a weight of between 260 and 270 pounds over the last decade.

The table features 81 results and is fully sortable.

While Bosa possess an impressive array of pass-rush moves and straight-up power, there is not much to suggest he’s a guy who gets by on pure speed. Various scouting reports described his speed with phrases like “not top notch,” and “good-to-very-good.” His brother, former third-overall pick Joey Bosa, wasn’t known for his speed, either — he ran a 4.89 40 at 269 pounds at the Combine.

Both Bosas are better known for their power and technique, using sufficient speed to compliment those traits.

Nick is also recovering from core muscle surgery, which may not slow him down, but isn’t likely to make him any faster either.

None of that means that Nick Bosa can’t be successful in the NFL, but he’s not an athletic freak along the lines of former first-overall pick, Jadeveon Clowney.

A fast 40 doesn’t necessarily equate to NFL success for DEs, and I don’t expect it’s a drill that Bosa will be heavily focused on.