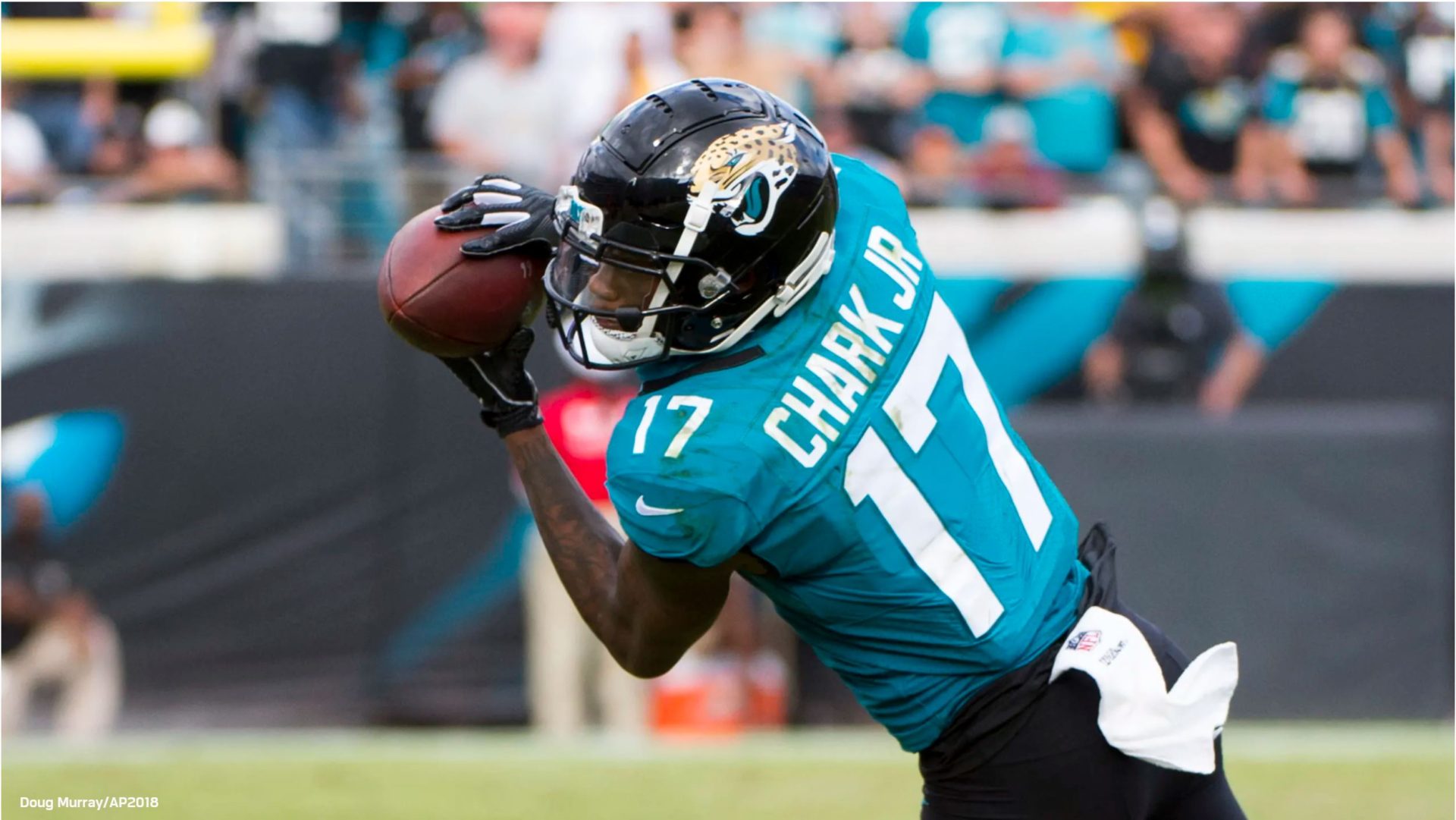 Our best NFL props for Week 6 turns the focus to the wide receivers and a player who we tried to fade last week without success.

Lesson learned -- D.J. Chark is nearing that elite WR status where it's under or nothing when it comes to betting his player props. While the volume isn't quite what we'd like to see from the sophomore out of LSU, he's been so insanely efficient against some tough pass defenses that the Jaguars should feel compelled to get him even more involved.

We hope you enjoy this free play. Want our full menu of NFL player props? Join us here! Our plays are hitting at 62.4% on the year (73-44) and have made our subscribers 23 units so far. All our packages come with a 7-day money-back guarantee.

We’re off to a good start to the week with a perfect Thursday Night Football card, so let’s stay hot as we bite into the fat of Week 6.

You can also check out our best NFL props at RB for Week 6 here.

We're getting a rare opportunity to buy a receptions line at what appears to be a player's floor.

Chark has been a revelation this year, reporting at least four receptions in all five games while averaging 5.4, 35% clear of our O/U line of 4 receptions. Such consistency is more impressive the stingy pass defenses he's faced over the last three weeks. 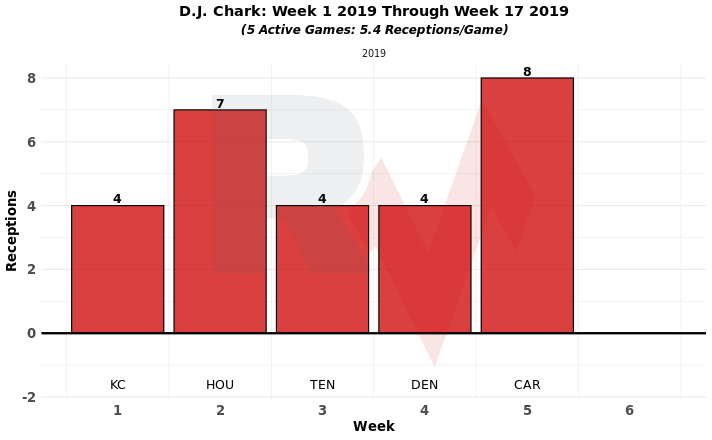 Chark's been highly efficient with his looks, ranking fifth in receiving yards and 16th in receptions despite his 31 total targets placing him just 23rd among all WRs. Even a modest increase in volume for Chark could see him hitting at least four receptions by the third quarter on a regular basis.

Admittedly, this week brings another tough spot. Not only has shadow CB Marshone Lattimore bounced back from a rough Week 1, but the Saints play at a painstaking pace in an attempt to choke the life out of their opponents.

New Orleans ranks dead last in seconds per play in all game scripts (29.8) and run the third-fewest plays overall at 63 per game.

That is a concern, but there at least is some hope they can at least scheme Chark away from Lattimore. Per Mike Tagliere, Chark ran 26% of his routes out of the slot last week in an attempt to get away from CB James Bradberry after doing so at a 17% rate in the first four weeks.

Chark's already shown off his impressive floor in several tough matchups. Four receptions is on the low-end of his range of outcomes, giving us a chance at a freeroll for five.