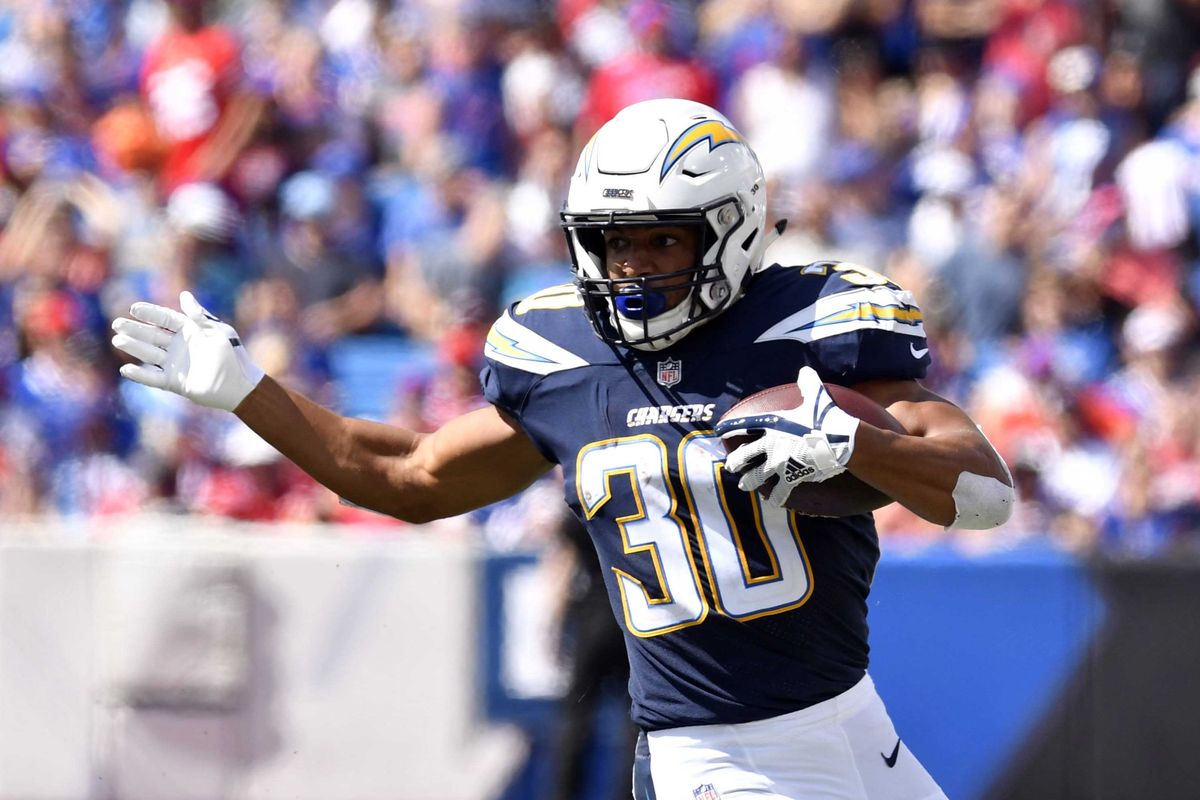 Our best Steelers Chargers props for Sunday's nightcap bids a fond farewell to Austin Ekeler's rushing role. Vaya con Dios  -- it was fun while it lasted.

Ekeler is fifth among all RBs in yards from scrimmage but his role took a significant hit with the return of Melvin Gordon last week. This might be our last week to take advantage of the changing Chargers tides.

Expect a bit of a slog tonight -- the Chargers are already one of the slowest paced teams in the league, and the Steelers won't be trying to press the pace with UDFA rookie QB Devlin Hodges, either.

We hope you enjoy this free pick, and if you're getting value from our analysis and plays, please consider joining us! For pennies per pick and a 62.4% win rate on the year, it's one of the best values in sports betting!

Check out our full 2019 results by clicking the banner below.

The Chargers insisted they would ease returning holdout Melvin Gordon back into the offense, and while that may have been true as a receiver, they threw him right back into the mix in the run game.

Gordon immediately wrestled away 75% of the team's carries, quadrupling up on Ekeler, who had been averaging 14 carries per game in his four previous appearances.

Ekeler's snap count didn't dip much, however, sticking in that same 65-70% range we've seen all season. His passing role remains intact, but the Chargers have sent us a strong signal as to who is their lead runner.

With a game now under his belt, San Diego is indicating we'll see even more Gordon this week.

"I mean, I think last week Austin [Ekeler]’s rep count was much higher than Melvin’s, Lynn said per PFT. "You could see Melvin’s going up this week."

We have no reason to doubt the head coach, given that Ekeler's running role already vanished versus the Broncos. And even if he does get a few more carries this week, the matchup is not an easy one.

Teams do try to run on the Steelers. They've been subjected to the third-most RB rushing attempts so far (131), but their 3.95 yards per carry against is the ninth-best mark in the league. Pittsburgh is much more vulnerable in the RB passing game, allowing the seventh-most receptions and 11th-most receiving yards, and that's the phase of the game I suspect we'll see Ekeler active.

The cherry on top here is that slow pace which should limit these teams to around 60 total snaps.