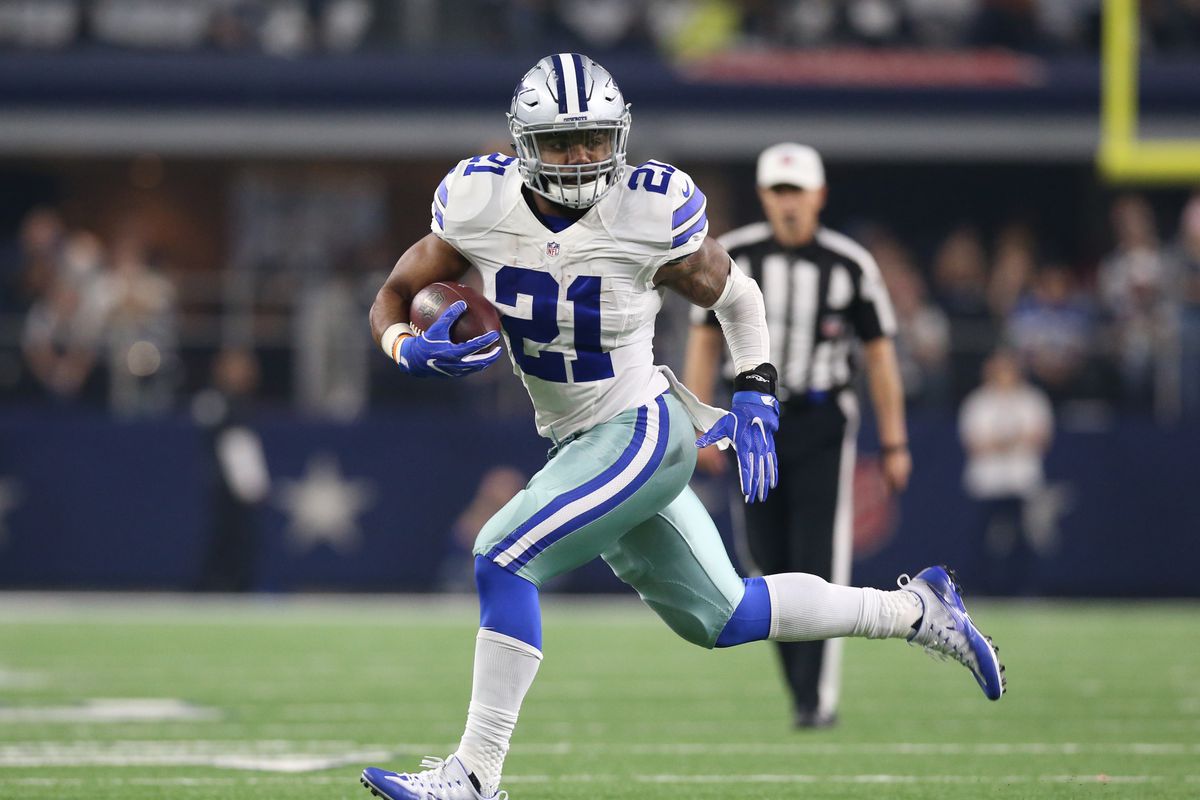 Though I have yet to do the research to back it up, I suspect that player prop betting lines are slightly skewed when it comes to public favorites like the Packers and Cowboys.

After all, it’s been known to happen with point spreads and money lines, so why not with player props? Thankfully, the projections used in the Player Props Tool suffer from no such bias.

That public bias is something to keep an eye on with the Cowboys starring on Sunday Night Football.

Here are our best bets in their match up against the 1-3 Texans.

This is one of the best plays on the board according to the Prop Tool, with a max bet value of 10.

Elliot has been inconsistent in this area but broke out with 88 receiving yards last week against the Lions. The Texans aren’t quite as poor as Detroit when it comes to getting air raided by opposing RBs, but they have yielded 42.5 receiving yards per game.

Elliot should be heavily involved, and this line looks like a great value.

Over the past two weeks, Swain is tied for sixth in TE targets with 12 and tied for seventh in receptions with eight.

He leads the team in receptions since Week 3 and is second in yards among Cowboys pass catchers.

The 2015 seventh-round selection takes on a Texans defense which yields an average of 4.75 receptions to opposing TEs, giving up 10.1 yards per attempt.

The Prop Tools projections are on board with this pick as well, giving Swaim 2.8 receptions.

If you want an even better line, it’s worth checking out 888 Sports, where the number is listed at 295.5. As mentioned in the piece covering the main slate, I’ll often leverage the wildly differing prop lines lines at 888:

After making some “noise” with three straight games over 23 yards to start the season, Thompson had zero targets in a Week 4 win against the Lions.

Even fielding a wide receiver corps as thin as any team’s, the Cowboys have little reason to keep the 29-year old fringe player involved. This is a low total that could be beaten on any one play, but I’m betting that his usage in Week 4 will be more of the norm going forward.

I’m noticing 888sport doesn’t want to allow US residents. Any info on a workaround? Thanks

Hey Cody, thanks for reading.

Can I recommend moving to New Jersey? That’s about the only way to do it legally, sorry.

It’s a shame too, as their lines often differ greatly, leading to a lot of great opportunities.