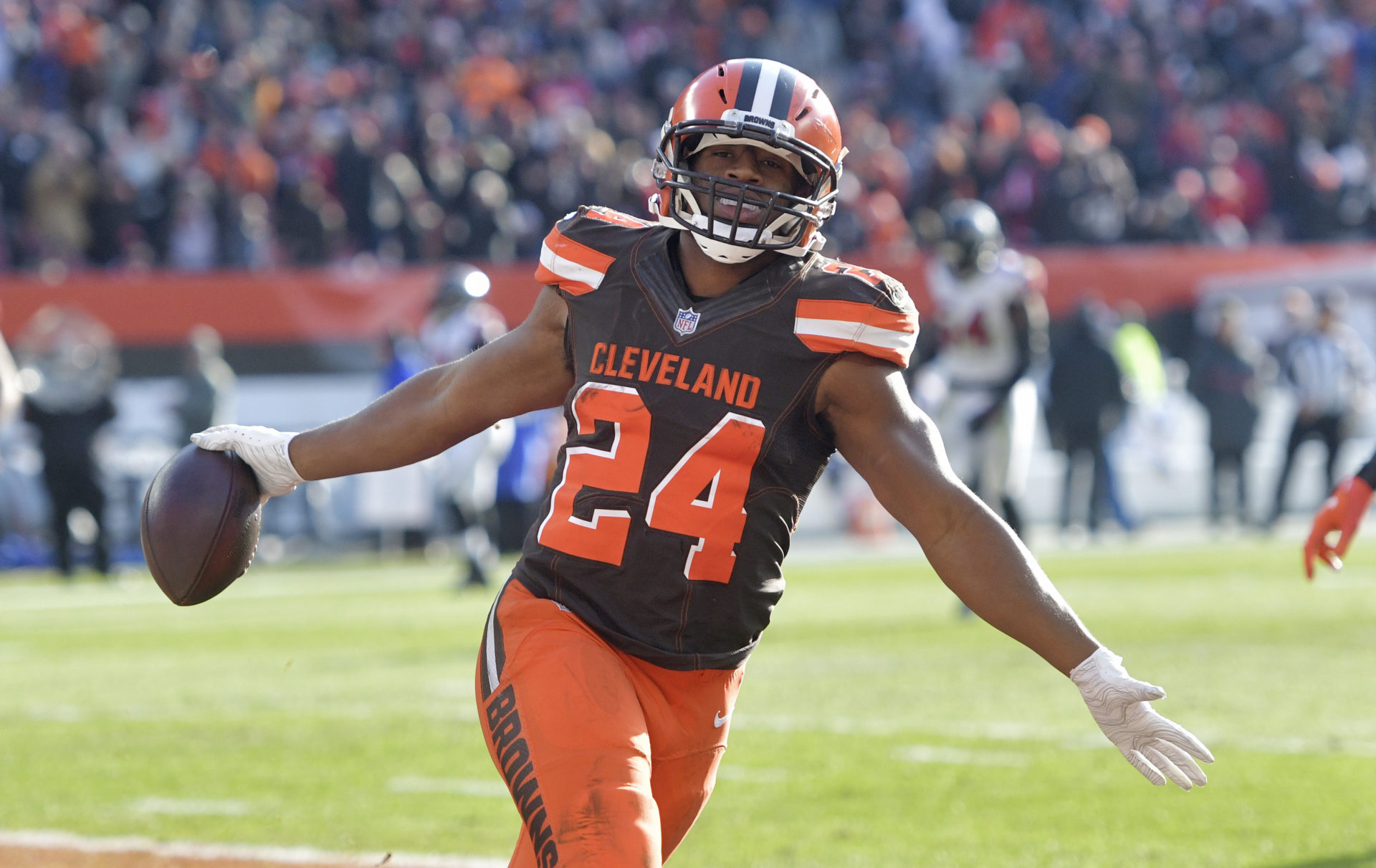 We’ve been having a blast this week getting our hands on some of the first season-long NFL player props to be released this summer.

Our analysts have already broken down the lines for Stefon Diggs and Kenny Golladay, while also telling you why you can expect a drop off in Adam Thielen’s numbers in 2019.

Today, I’m going to look at the respective receiving and rushing lines for Geronimo Allison and Nick Chubb set by Ceasar’s in NJ and Las Vegas.

Geronimo Allison was off to a hot start in 2018, accruing 289 receiving yards over his first four games. Injury derailed his season after that, as he only played part of one more game in Week 8 before being shut down for the rest of the season.

So why am I taking the Under here?

Well, let’s start with the fact that Unders should be your default for season-long props. The risk of injury is real, as Allison’s 2018 showed, and injury rates are higher than most people assume.

We can also look for a regression in Allison’s per target efficiency. The narrative is that Aaron Rodgers is a great quarterback capable of elevating even mediocre wide receivers, but over the past three seasons, that hasn’t really been the case.

Allison has performed well over a small sample, but his 10 yards per target from 2018 is likely to regress over the course of a full season and end up closer to eight than to 10.

Eight YPT would still be enough for Allison to eclipse 800 yards if he maintained his 115-target pace from last season, but there’s no guarantee that keeps up. He entered the season as the clear WR3 on the team, with Davante Adams on the outside and Randall Cobb manning the slot. The WRs behind Allison were all raw rookies — Marquez Valdes-Scantling, Equanimeous St. Brown, and J’Mon Moore. The Packers had no choice but to rely on Allison to start the season.

The Illinois product was targeted six times per game in his first three contests but then nearly doubled that with 11 targets in Week 4 when Cobb did not play. All the rookies around Allison are a year older now, and WRs on average see a greater jump in production between their first and second seasons than at any other point in their careers. With improved depth around Allison, he’s not a lock to maintain his target pace from those first four games of 2018 over the course of a full season.

Finally, new head coach Matt LaFleur was a disaster in his first year coordinating in Tennessee. The Titans passing game was abysmal last year, with the second-fewest targets in the league going to the WR position (only the run-first Seahawks were worse). LaFleur stubbornly pounded Derrick Henry into stacked boxes at a rate much higher than any other high-volume back in the league.

Will that continue with Rodgers at QB instead of Marcus Mariota? Of course not. But the 2018 Packers were third in overall pass attempts and second in pass/run ratio.

We can’t say for sure yet how LaFleur will run the offense, but it wouldn’t be a surprise to see the Packers fall back closer to league average.

So I started off citing injury rate as a reason we should usually default to Unders, and now I’m recommending an over for a player in the most injury-prone offensive position. What gives?

When targeting an over for an RB, I want him to be able to hit the number even if he misses a couple of games, and Nick Chubb fits that description.

Chubb actually came up just six yards short of 1,000 as a rookie in 2018, and he did that despite carrying the ball just 16 times over his first six games as he played behind Carlos Hyde. He essentially had just 11 games worth of “starter” level carries. Chubb averaged 17.6 carries per game once he became the starter and enters 2019 as the unquestioned lead back.

The Browns as a team enter 2019 as favorites in their division for the first time in forever and are set up to have plenty of positive game scripts for Chubb. Duke Johnson is so disappointed with his expected role that he’s spent the offseason begging for a trade, and the Browns are set to start the season with a group of backups that you’ve probably never heard of. The workload will be there for Chubb.

Of course we haven’t gotten to the elephant in the room yet. What’s probably keeping this line slightly depressed is the presence of Kareem Hunt on the roster. After Hunt serves an eight games suspension, he’ll be able to join the Browns roster with no restrictions. We know from Hunt’s time in Kansas City that he was a dynamic weapon, but would he actually supplant Chubb as the starter?

Chubb was a more efficient rusher (ruFPOE) as a rookie than Hunt was, despite playing on an offense that wasn’t nearly as potent. Over the course of 100 carries last year, Damien Williams and Spencer Ware actually outperformed Hunt. It’s clear that Hunt is probably a better receiver than Chubb, but Chubb may actually be the better runner.

Hunt profiles as more of a replacement for Johnson than for Chubb, and with eight guaranteed Hunt-free games to start the season, Chubb should get enough volume to hit 1,000 yards. Even with concerns about the Cleveland offensive line, regression from Chubb, and potential injuries, Chubb is set up to be a high-volume rusher in 2019.