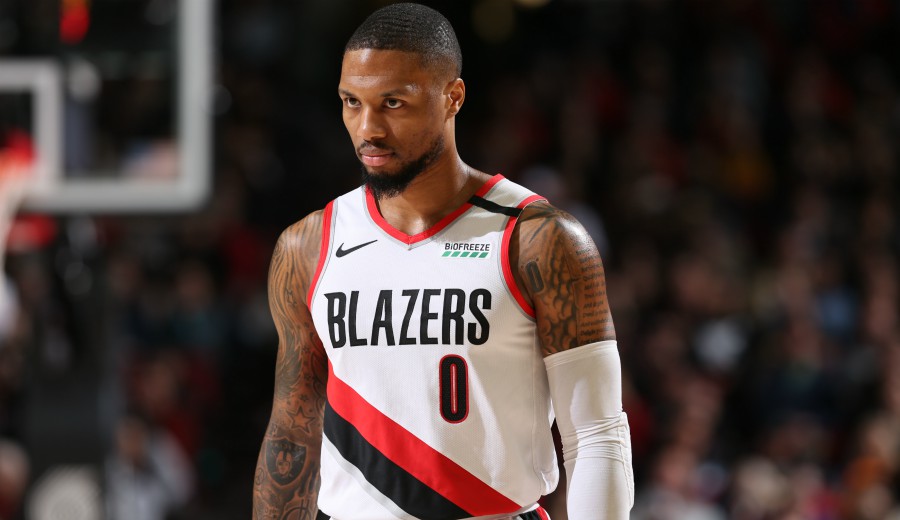 Our best NBA props for tonight key on Lillard, who’s drawing attention for his scoring, and for good reason. His 27.5 points prop is tempting as well, but I like his rebound total for a few reasons.

He’s been quietly consistent on the boards, and versus a Bulls team that lacks physicality at the guard position, Lillard could post a season-high tonight.

Editor’s note: Bet the Prop is 23-15 (60.5%) on NBA Props to start the season. Join us here for nightly slates altered to your device.

Both the Blazers and Bulls are among the league’s worst when it comes to defending the point guard. Lillard has played six games this season and averages 4.3 rebounds, posting four games of four rebounds and two games with five rebounds — a 2-4 O/U record on the season.

That might make you wary, there’s plenty to support the play at these odds.

They found some success early in the season but have lately struggled against the likes of Russell Westbrook (10, 15), Andrew Wiggins (9), Victor Oladipo (7), and Jalen Brunson (5).

In the Bulls’ previous game versus the Mavericks, every Dallas starter had at least four rebounds. In total, Dorian Finney-Smith (6), Jalen Brunson (5), Tim Hardaway Jr. (4), and Josh Richardson (4) accounted for 19 total rebounds at the 1-4 positions.

Another half-dozen players have had success on the boards against the Bulls, and Wizards’ guards Bradley Beal (4, 4) and Raul Neto (4) also cut it close, even with Westbrook posting double-digit rebounds.

C.J. McCollum is coming off a season-high nine rebounds versus Golden State, but Beal and Neto are proof that Lillard could do at least four if McCollum has a huge follow-up game on the boards.

Lillard has averaged 4.0 rebounds in 15 career games versus the Bulls and four or more in six-straight to open the season and eight of his last 10, including the postseason. In this fast-paced environment against an underwhelming Chicago defense, like Lillard to get that one extra board we need.

He’s been a consistent four boards per game to open the season, and with all the various opposing guards to grab four or five versus Chicago, either McCollum or Lillard, or both, will go over four rebounds. The Blazers have had three different leading rebounds through six games and the Bulls with five; it’s far more reliable betting on Portland’s guards tonight.