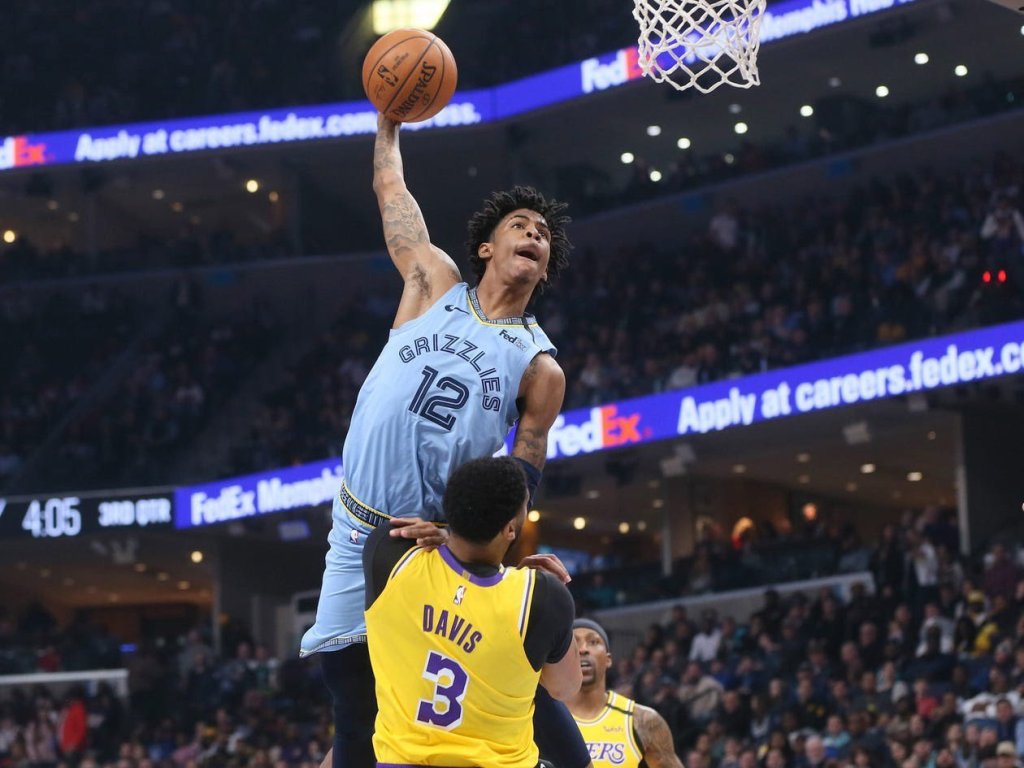 It’s good to be back after a quiet NBA weekend — an 11-game slate awaits, featuring this beautiful spot on a Ja Morant prop.

He’s had a wildly inconsistent season, but there are reasons for hope tonight against Houston. Morant often reminds me of a younger John Wall, and he’ll get the opportunity to duel the former all-star point guard.

With Memphis still in the playoff picture, I anticipate Morant looking to be aggressive and ultimately having to carry the scoring load for the Grizzlies.

After a rookie season that saw him take home some major hardware, the expectations were sky-high for Morant coming into his sophomore season.

He looked primed to take a major leap after scoring 44 points in his season debut against the Spurs way back in December. Tragedy struck just two games later as Morant suffered a severe ankle sprain that ultimately cost him eight games. After returning from the injury, the explosive point guard didn’t look healthy as he failed to score 20 points in his first 9 games back.

The Murray State alum is beginning to remind everyone why he appeared on the precipice of superstardom, having notched 32 points against the Jazz and 29 points versus the Celtics last week.

Another indicator Morant is regaining his confidence are his monthly splits. The reigning Rookie of the Rookie of the Year averaged 20.2 points per game in the month of March, after averaging only 17 in January and February.

Morant averages an astounding 8.6 shots per game within 8 feet of the basket. To put that number into perspective he takes more shots neat the rim than Joel Embiid, Karl Anthony Towns, Rudy Gobert, and Enes Kanter.

When Ja is at his best, he’s playing downhill and while relentlessly applying pressure and keeping defenses on their heels. It also helps that Ja possesses an arsenal of floaters that give him plenty of options when it comes to finishing at the rim.

Morant will square off against a Houston team that allows 113.1 points per game, eighth-most, while also surrendering the seventh-most points in the paint. I expect Morant to have his way inside and face minimal resistance versus an overmatched Rockets interior defense.

He’s likely to be primarily guarded by John Wall, who has severely regressed as a defender. Wall is averaging 0.8 defensive win share which is the second-lowest total in his 10-year career. Wall allows opponents to shoot 61.3% on field goals within 10 feet, which Morant should exploit.

In what should be an entertaining duel between two of the league’s most dynamic point guards, I like Morant to take advantage of the Rockets’ weak interior defense. I have him penciled in for 22 points tonight.