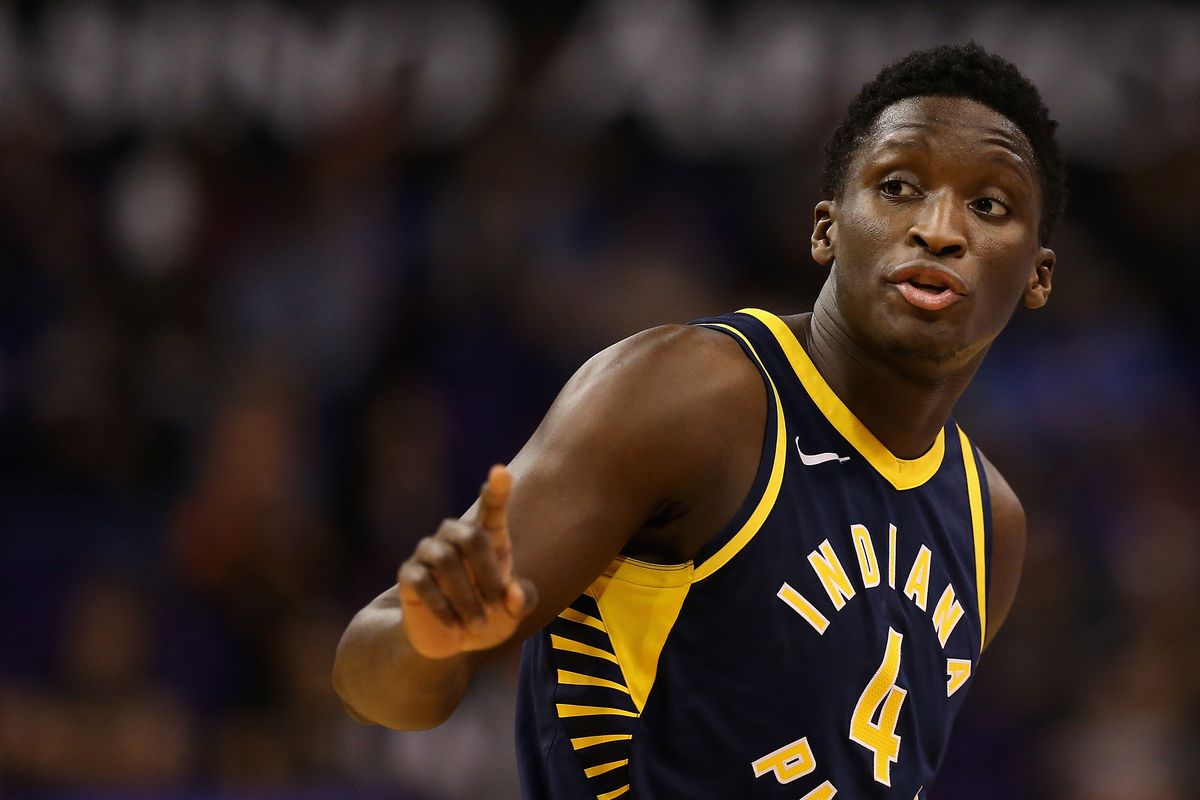 Our NBA player props tonight key on Oladipo, who opened the season with three games of 22 or more points; after two-straight unders, he posted a season-high of 25 points in New Orleans his last time out.

He’s been quietly consistent since returning from injury, and versus a Rockets team that lacks defense versus shooting guards, Oladipo is in play.

We hit at plus-odds on Damian Lillard last night, and I’m looking to make it 4-1 for Bet the Prop with this play.

Editor’s note: Bet the Prop is 23-15 (60.5%) on NBA Props to start the season. Join us here for nightly slates alerted to your device.

Oladpio kicked off the season by scoring 16 or more points in all six games, hitting 34-plus minutes in four-straight games — an encouraging sign he’s back to full health.

I struggled which way to play Oladipo because I love his rebound and assist ability tonight, but his history with Houston lies with putting up a ton of shots. Oladpio’s 19.5 points per game in 14 career meetings with the Rockets are tied for third-most versus any opponent.

Houston has a problem containing guards to start the season, not just two-guards, and Oladipo should be the next in line.

With T.J. Warren being absent versus the Rockets, Oladipo has a chance to lead the team in scoring for the third time overall and second in a row after his 25-point outing versus the Pelicans. Oladipo’s usage rate is 25.33% for the season but 27.22% over the last five games due to Warren’s injury.

Houston has been a stomping-ground for guards.

I think Oladipo deserves to be bunched with the first group. Fresh off 16 and 17 shot attempts with six and 11 free-throw attempts in his last two games, he should have the chances to score 20-plus. Oladipo’s numbers versus the Rockets in the last four meetings are eye-opening, and with Warren out, there’s a chance he can keep this streak alive.

The Rockets have a -3.4 point differential (19th) and allow opponents to make 39.2% of their three-point attempts, 24th in the league.

Oladipo is making and attempting a career-high 3.3-of-7.3 (45.5%) shots from beyond the arc. He’s made at least two three-pointers in all six games and four or more in two-of-six. Houston also ranks 24th in opponents’ field goal attempts per game (91.4) as one-of-11 teams to allow 90 or more.

Oladipo should be in for a big night, and projections support him eclipsing 20. Given his offensive history against the Rockets mixed with Warren’s absence, I can see why.

The Rockets are 5-1 ATS in the last six meetings with Indiana, and at a -1.5 spread in favor of Indiana and 224 O/U, we could be in for a competitive and high-scoring affair with Oladipo heavily involved.