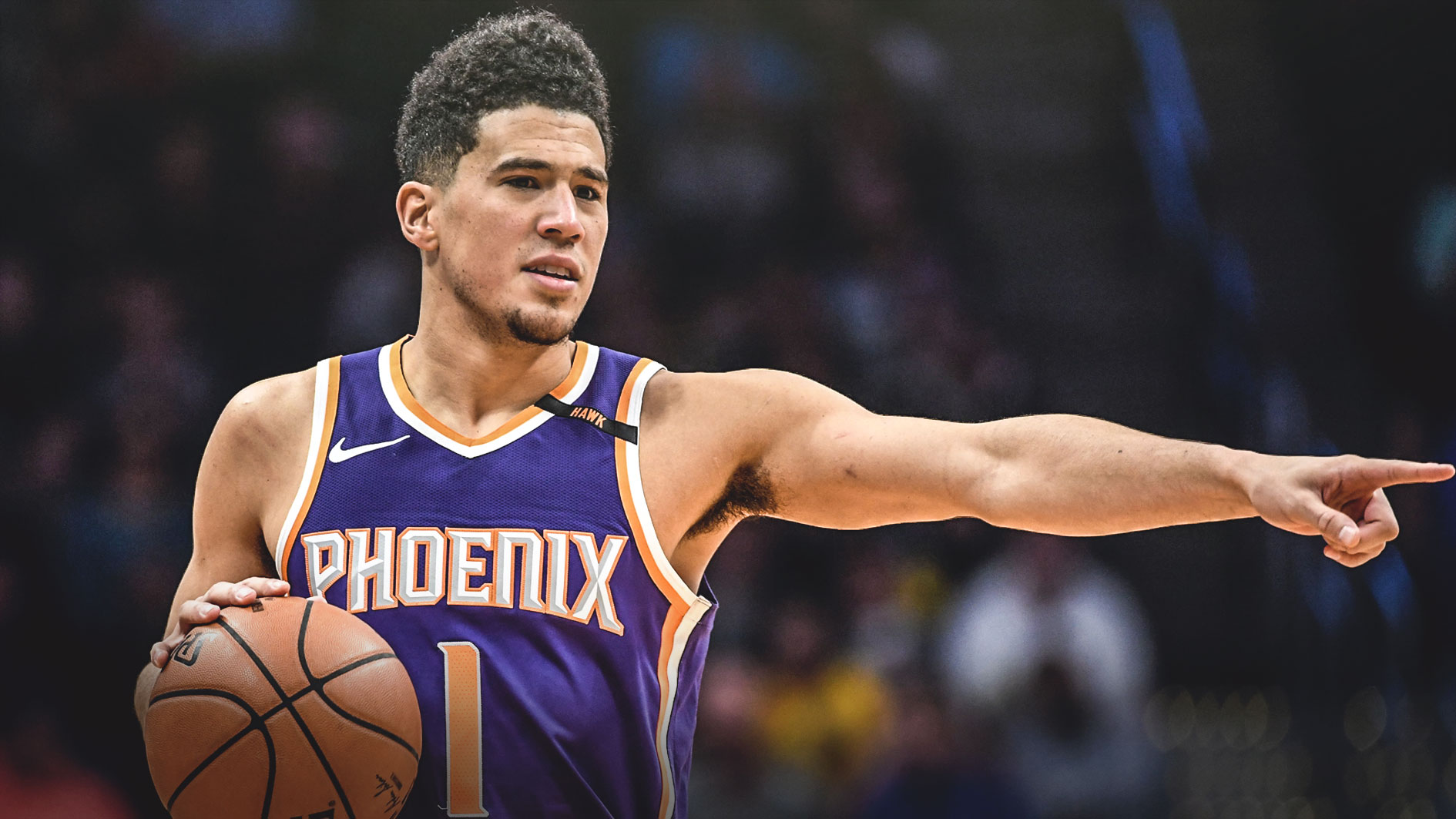 There are five games on Thursday’s slate, and a couple of stars highlight our look at the best NBA props for tonight.

Devin Booker of the Phoenix Suns was a feature play for us last week, and he’s in another great spot tonight at a very reasonable price against the New York Knicks.

Giannis Antetokounmpo recently put up 37 points in just 21 minutes of action and gets a competitive matchup against the Boston Celtics. It’s not often we get to target Giannis because he’s so good that he often plays in limited minutes — the Bucks have more games by 10 or more points than any other team, so the big fella is often resting.

Booker and Suns travel to the Mecca of Basketball tonight to play the New York Knicks.

We highlighted last week that Booker is red-hot from the field right now, and Phoenix is allowing him to shoot early and often. He scored the first seven Suns points against the Hawks, as well as their last five while he was in the game.

There are many reasons to love Booker tonight:

Booker is also locked into minutes, averaging 36.1 MPG this season. The game is projected to be close (3-point spread) and high-scoring, currently sporting an Over / Under of 226.5.

Booker also has a history of scoring efficiently against the Knicks. These teams met almost two weeks ago and Booker dropped 38 points against them. In two meetings last year, Booker scored 38 and 41 points. His scoring average over his last five games against the Knicks is 32.6 PPG.

When Oubre misses, Booker’s usage rate climb’s to 33.12 from 28 and he averages two more points per game.

The Knicks clearly don’t have an answer for Booker, and given his recent run of 30 point games, his actual number should be closer to 32.5.

Booker is in a great spot, locked into minutes, playing a bigger role and with history on his side, he has all the opportunity needed to put up another big number in this spot tonight.

The Celtics have struggled to stop the Greek Freak over the last three seasons.

He’s averaging 31.12 PPG over his last eight regular season games against Boston and has scored at least 28 points in seven of those eight.

The opportunity for him to reach 30 tonight is absolutely there, and we’re only witnessing Giannis getting better and better:

Picking the right times to target Giannis is the key because his minutes are so sporadic. If a game is projected to be a blowout, we have to fade him, because he may only play 20 minutes. In his last 15 games, the Bucks have only had 4 games decided by single digits.

In the last five games that he’s played 30 minutes or more, he’s hit the targeted 29.5 in four.

Currently, the Bucks are 10-point favorites, which doesn’t bode well for Giannis playing a bunch of minutes; however, that line is inflated with Jayson Tatum, arguably the Celtics best player, missing last night’s game and currently having a questionable tag for tonight.

According to reports, he was held out for precautionary reasons last night and is expected to play tonight, which puts this game into play and also puts Giannis in line to play big minutes.

The Bucks are playing on national TV tonight against one of the best teams in the Eastern Conference, so we expect Giannis to be showcased and to play a full allotment.

Given his history of success against the Celtics and the expectation that Giannis plays 30+ minutes, we can fire him up with confidence.