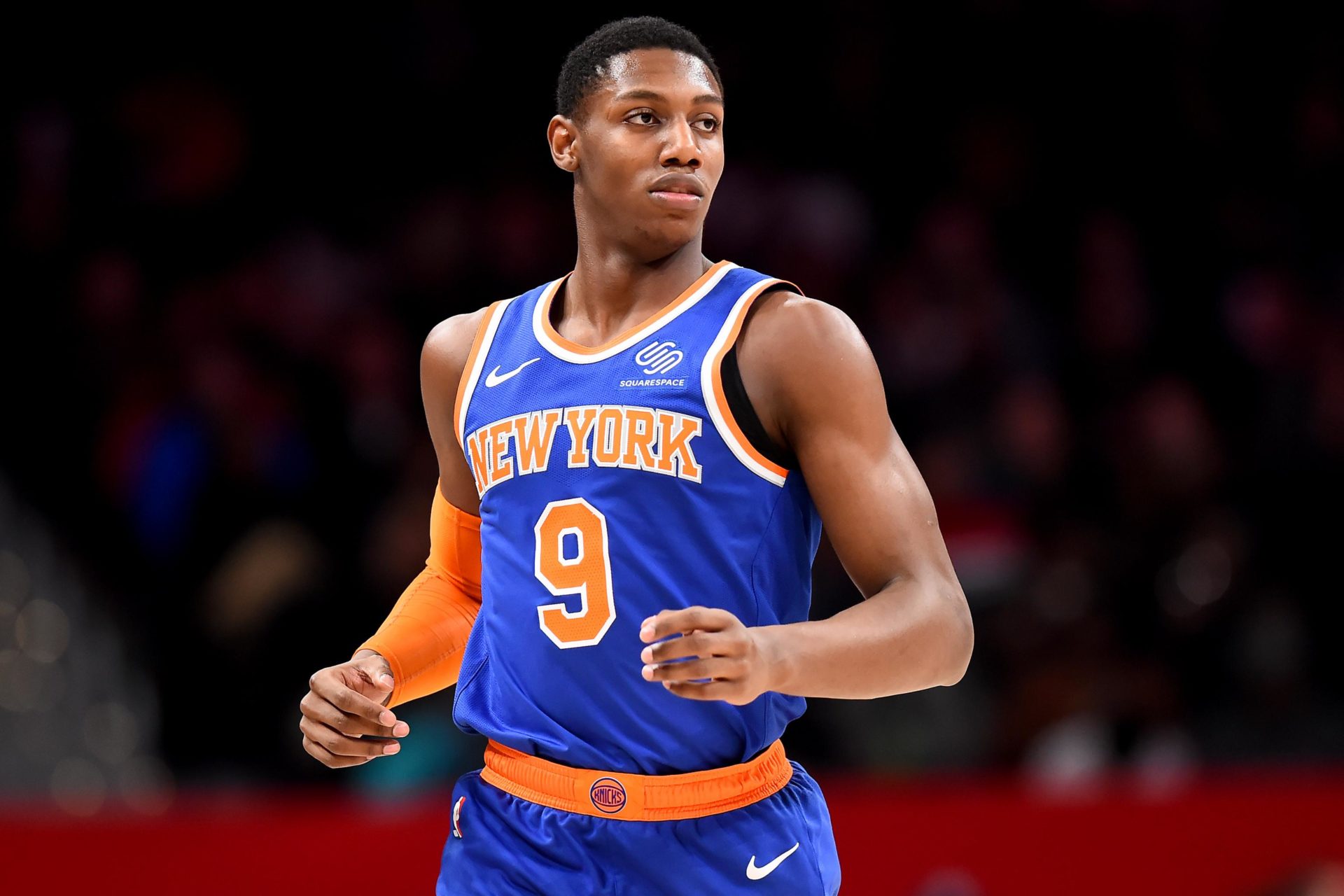 We’re back after a fantastic weekend of hoops with more free NBA props today.

Chef Starz is back in the kitchen and I’m cooking up a spicy prop soufflé. My favorite play involves Barrett who has been on fire lately, but I think there’s a great case to be made he cools down tonight against the Lakers. The upstart Knicks are one of my favorite stories of this season but tonight’s matchup versus the Lakers has all the makings of a defensive showdown.

After being prematurely labeled a bust, Barrett has gone on to silence his critics, acting as a significant catalyst for the surging Knicks. After a rookie season that saw the talented combo guard struggle from an efficiency standpoint, his shooting percentages have risen across the board. He’s been on fire recently, but after digging deeper I believe he’s in store for some regression.

RJ has scored at least 19 points in his last four outings, but he’s done so on a very low volume of shot attempts while producing sky-high efficiency. With the Knicks backcourt at full health, he’s only averaging 11 FGAs in April. He’s hitting a scorching 64.3% of his 3 Pointers while averaging just a hair over 4 attempts per game.

While these are certainly impressive numbers, It will be very difficult to maintain his scoring average on that type of volume.

Another interesting trend I came across was RJ’s rest splits, as we’ve seen him struggle in the second half of back-to-backs.

Also worth noting that he’s only played more than 33 minutes once in April, and that came in a game that went to OT. As I previously mentioned the Knicks are as healthy as they’ve been this season and with a deep and rotation at guard, they’re relying on their bench more than ever.

RJ will have his hands full against an excellent Lakers defense that ranks second in opposing points per game (105.8) and first overall in Defensive Efficiency. The Lakers have also been outstanding at containing opposing shooting guards, giving up the fewest points per game to the position.

The Lakers D excels at defending the perimeter

An additional component of this play that I like is the projected point total. The Knicks and Lakers rank side by side as the top two defenses respectively in opponent points per game. With a meager 205 point total and two of the truly elite defenses squaring off, points are simply going to be hard to come by.

Between Barrett’s reduced minutes, field goal attempts, playing the second half of a back-to-back, and suddenly finding himself in a crowded backcourt rotation, it’s going to be an uphill climb for the former Blue Devil to score 19 points. I have him penciled in for 16 points in what projects to be the lowest-scoring game on tonight’s slate.