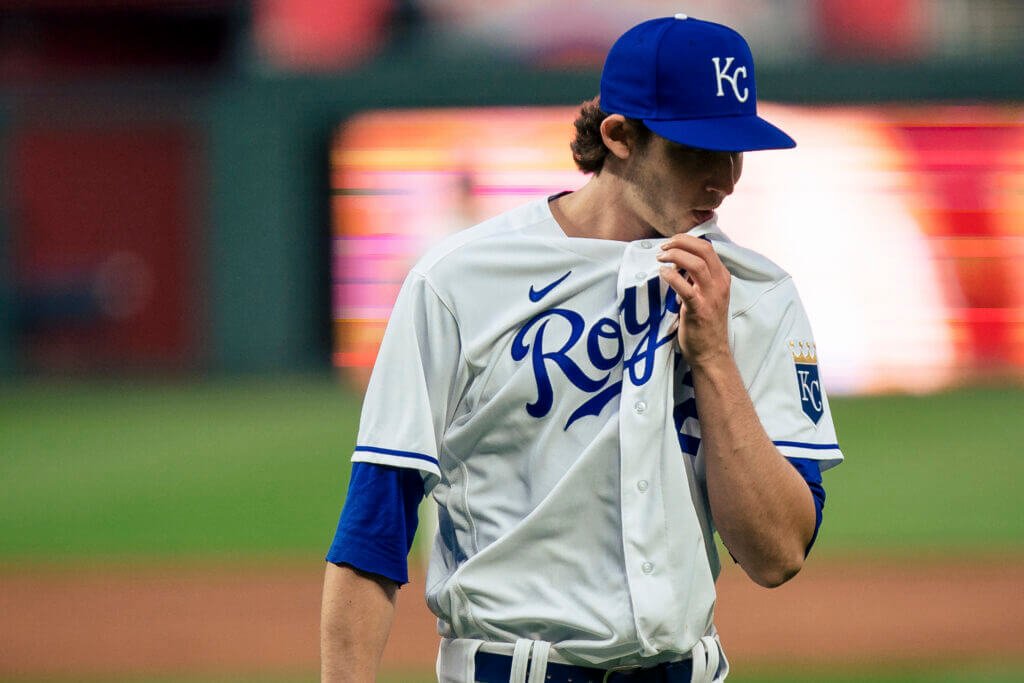 The Blue Jays have been one of baseball’s best offenses and a frequent target in our quest for the best MLB strikeout props.

That’s who Royals’ top prospect Daniel Lynch will face tonight in his second starts coming off an extended stint in the minors.

How will he fare on the road against the blazing Jays? You can probably guess where we’re going with this one.

Lynch was shelled in three starts to open the year, racking up a 15.75 ERA before a subsequent trip to AAA Omaha.

But with Danny Duffy and Brady Singer both battling injuries, the Royals recalled the rookie last week, and he came through with the best start of his career — an 8.0 IP shutout where he racked up 4 strikeouts against the Tigers.

While he hit this number in his first start, it’s worth noting that both his velocity and spin rates were way down from earlier in the season, before MLB’s crackdown on foreign substances.

The Tigers have been much better of late, to be fair, but they’re not the Jays.

By almost any measure, Toronto has been among the best offenses in baseball over the past few months, especially so in the last two weeks.

Lynch’s main pitch is a four-seam fastball, and the Jays are the third-best team vs the heater, per Fan Graphs.

Pitchers facing the Jays in July are 16-3 to the under on their closing strikeout prop line in the month of July.

The Jays implied to score 5.8 runs today, so we’re looking for an early hook from a battered Lynch.