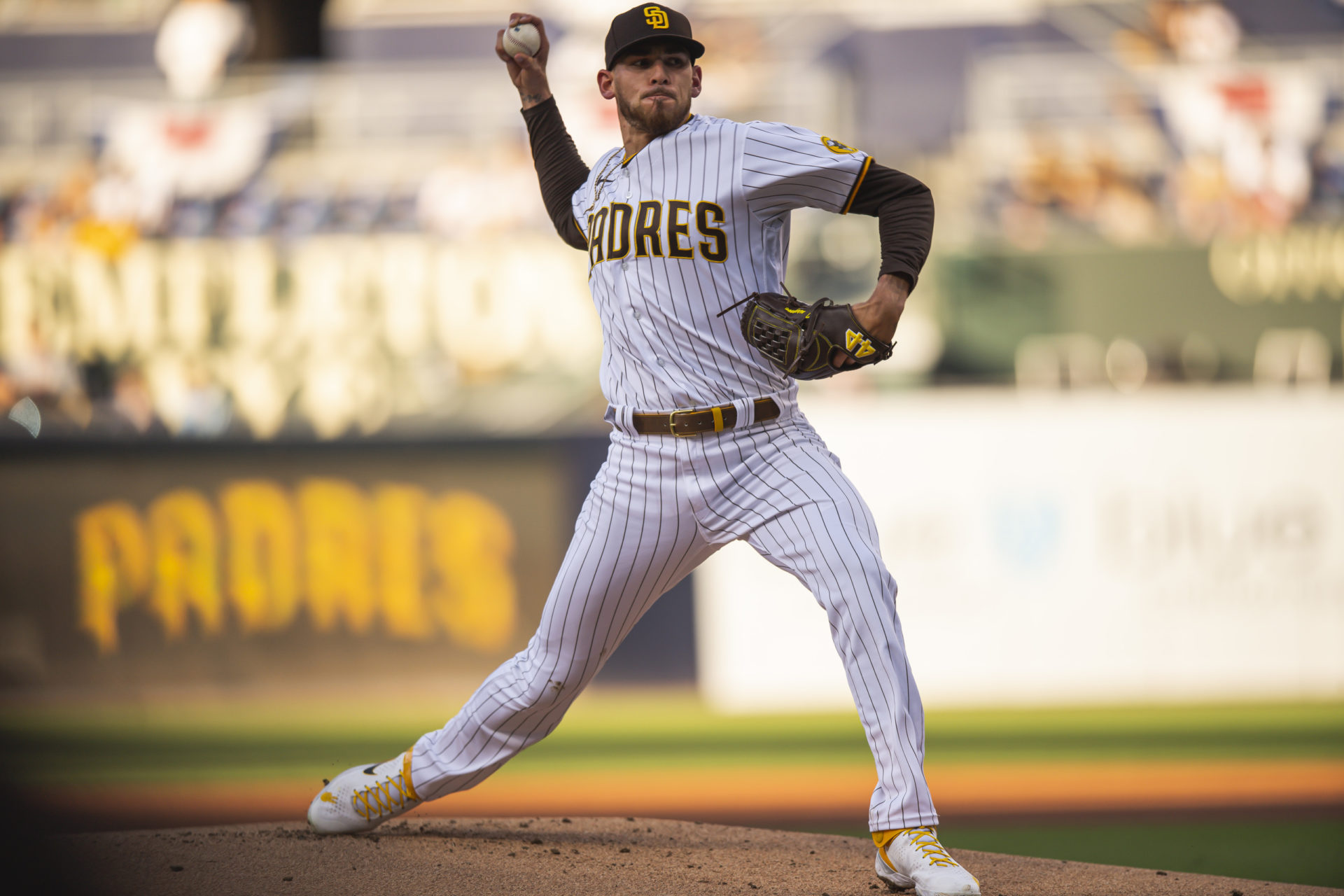 This Joe Musgrove prop is our favorite play from a wonky Thursday slate filled with afternoon games and the limited lineups that sometimes come with them.

His strikeout prop is set at O/U 6.5 in tonight’s matchup with the Rockies, who aren’t the bottom-barrel matchup you might remember. Here are five reasons we like fading the Padres righty tonight.

A player’s recent run of counting stats isn’t everything, but when the sample size starts piling up, it’s hard to ignore.

Since MLB’s foreign substance crackdown in early June, Musgrove has hit this number just once in his last eight starts, including seven in a row. That also includes a start against the Rockies, whom he’ll face tonight.

During that stretch, Musgrove is averaging 4.3 strikeouts with a median result of 4.

2. Overall? Not Much Better

The picture improves if we zoom out to the full season, but it doesn’t instill much confidence.

Musgrove has hit this number seven times in 20 starts (35%) with a median result of 6 strikeouts.

I referenced the crackdown, but Musgrove’s spin rates appear to be holding steady. So if that’s not the reason for his declining K%, what is?

It could be his declining velocity.

It’s not a huge difference and varies game by game and with pitch selection, but the decline is there. His fastball was regularly flirting with 94 MPH in the first few months but has been around 92.6 MPH over his latest stretch of starts.

Not a huge difference, but it could help to explain the decline in K%.

4. The Rockies are Alright

More than alright, in fact. You might think of Colorado as a great target for strikeout overs, but it’s been a while since that was true. Yes, even away from Coors Field where they are today.

Sometimes those raw numbers don’t add up when it comes to prop outcomes, but the Rockies results have fallen in line.

Over the last two months, they’ve been one of the best prop under teams in baseball — 22 of the 33 pitchers to get a line vs Colorado have gone under their closing total (66.7%) since the start of June.

On average, those pitchers get a line of 5.22 and a result of just 4.11, missing their total by a full strikeout. 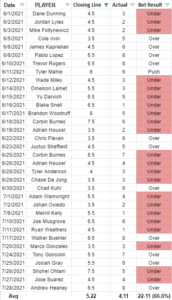