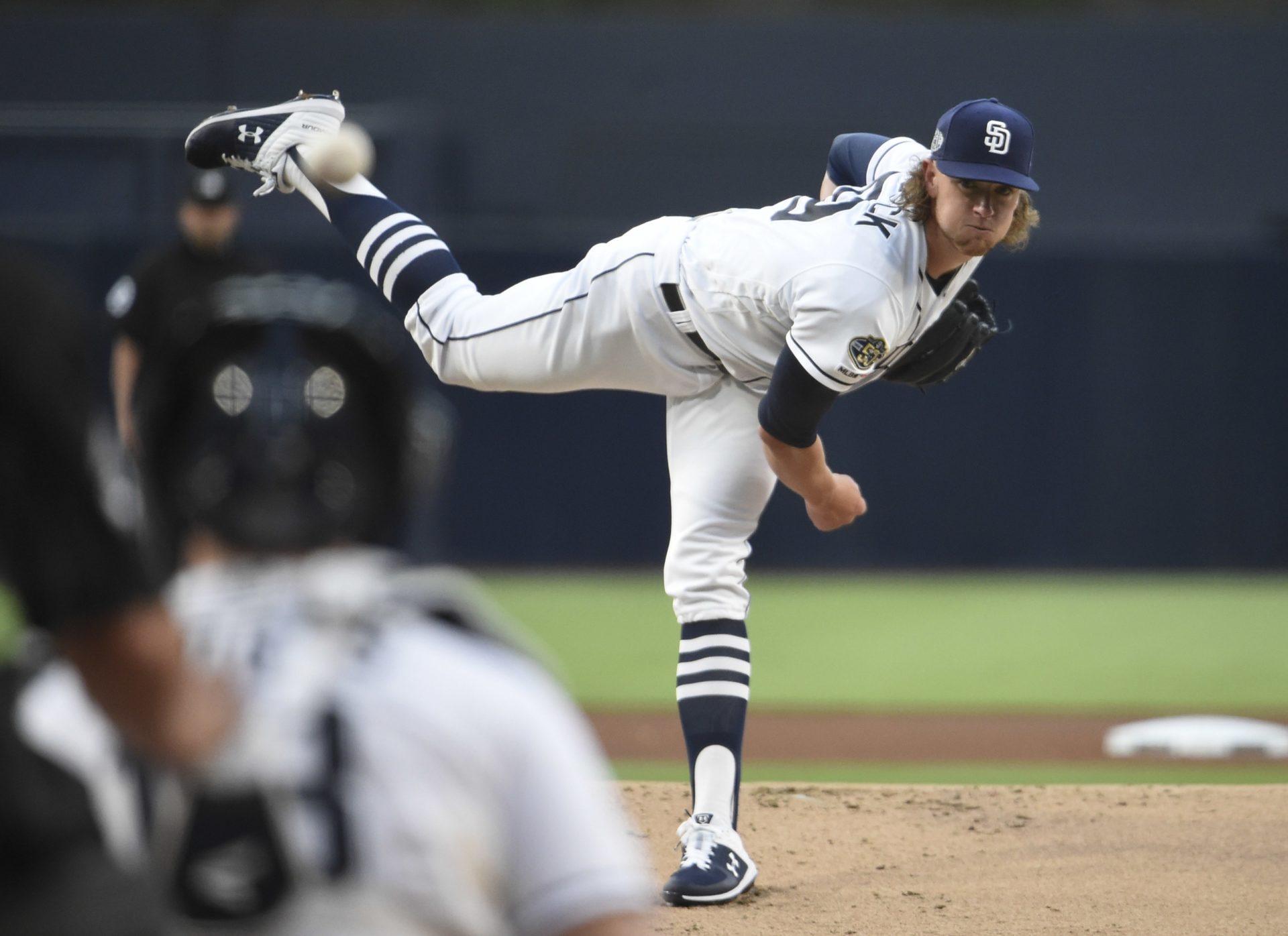 We’re back on the MLB K props grind with an eye towards Padres righty Chris Paddack, who takes on the A’s.

Paddack’s line looks to be one of the most attackable of today’s slate, so let’s gear up.

Paddack is coming off his best start in several months – a three-hit shutout against a strong Braves side – but it still amounted to one just solitary strikeout.

That marked the sixth-straight time he’s gone under 5.5 strikeouts going back to late June, averaging 2.7 Ks/start in that stretch with a median result of two. He’s failed to get out of the third inning in three of those six starts, and that’s concerning even for a guy who’s never been known for his length.

The third-year hurler is averaging just 80 pitches per start this year, and over 55 career starts he hits just 5.1 innings pitched on average. He’s the classic guy who gets worse the second time through a lineup.

The issue is Paddack’s is an easy code to crack. He basically has two pitches, and he pumps his main one over the middle of the plate an awful lot.

Add all of that to a 20% kRate that ranks in the bottom-38th percentile, and it’s a recipe for an under.

On prop results, they’re forcing unders at a rate of 54% on the season, including 9-7 in July. 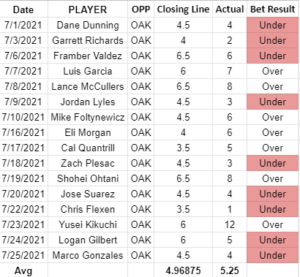 In short, the A’s are not a spot to avoid.