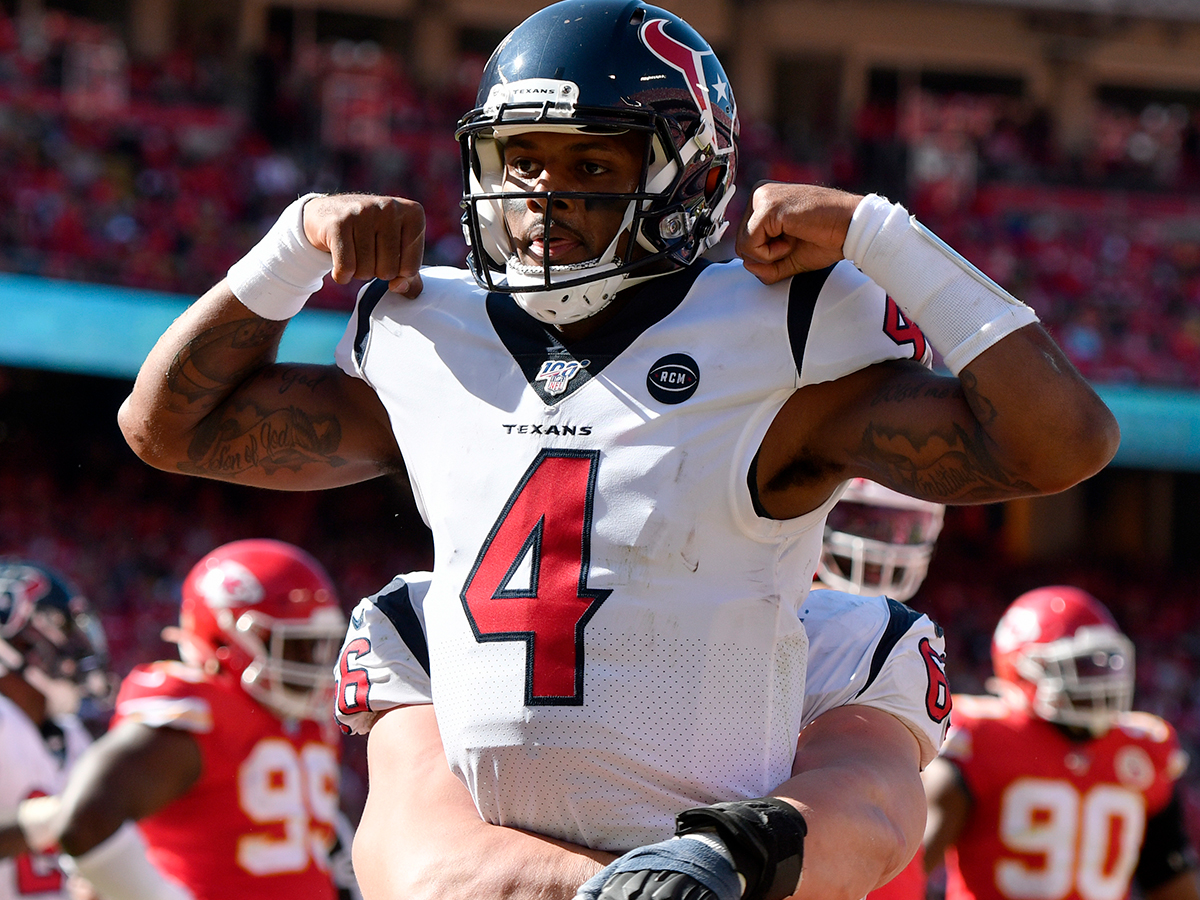 Houston punched their ticket to Arrowhead with a thrilling overtime victory over Buffalo, and now we get to bet on them again as we analyze the best Chiefs Texans props for Divisional weekend.

This game has the highest over/under of the weekend at 51 points, and the Chiefs are currently 9.5-point favorites. While Houston was able to hold Buffalo to just 19 points in the Wild Card round thanks to some unforced errors by Josh Allen and conservative playcalling (dial up another Frank Gore run!), the well-rested Chiefs led by Patrick Mahomes will be a much sterner test for a defense tied for dead last in yards allowed per play.

Meanwhile, the Texans may still be missing deep threat Will Fuller, tight end Jordan Akins, and even Kenny Stills, who has been limited with a knee injury. Houston will require some serious heroics from Deshaun Watson if they want to hang in this game. Watson delivered exactly that as he led the Texans to victory when the two teams met back in Week 6, but will it be enough this time?

There are only a few weeks left to take advantage of the ridiculously fun and profitable props market (check out our record on the season here) that is NFL props — we’ve reduced our playoff pricing, and you can join us here.

Check out of top props for Seahawks and Packers, too.

Speaking of Watson's heroics, with many of his passing weapons ailing, he's been forced to win games with his legs of late.

Watson has surpassed this total in 10 out of 17 games this season and in four straight leading up to this contest. 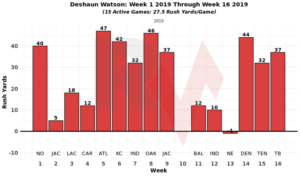 He's fresh off 14 rushing attempts versus the Bills as he was forced to drop back and scramble while attempting to overcome a large deficit.

This game projects for a similar script, with the Texans massive underdogs on the road. Watson has rushed more in losses over his career, and it shows up in his splits when the Texans are underdogs by more than a field goal. 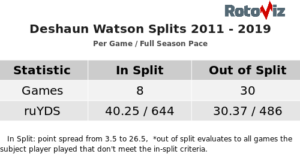 We still don't know yet if Fuller will play, but even if he is active he has a history of reinjuring himself when playing at less than 100%.

Watson has run more overall when Fuller is out of the lineup. 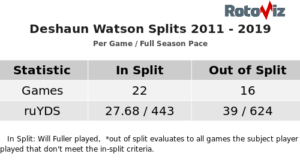 When these two teams met in Week 6, it was a back-and-forth contest where Watson rushed 10 times for 42 yards and the Texans ultimately ended up winning.

Whether the Texans can pull out the victory or not, I expect they'll spend at least part of this game trailing, forcing Watson to make plays with the ball in his hands. Versus a stout Chiefs passing defense, Watson will be on the move, and with minimal juice, I like the over here.