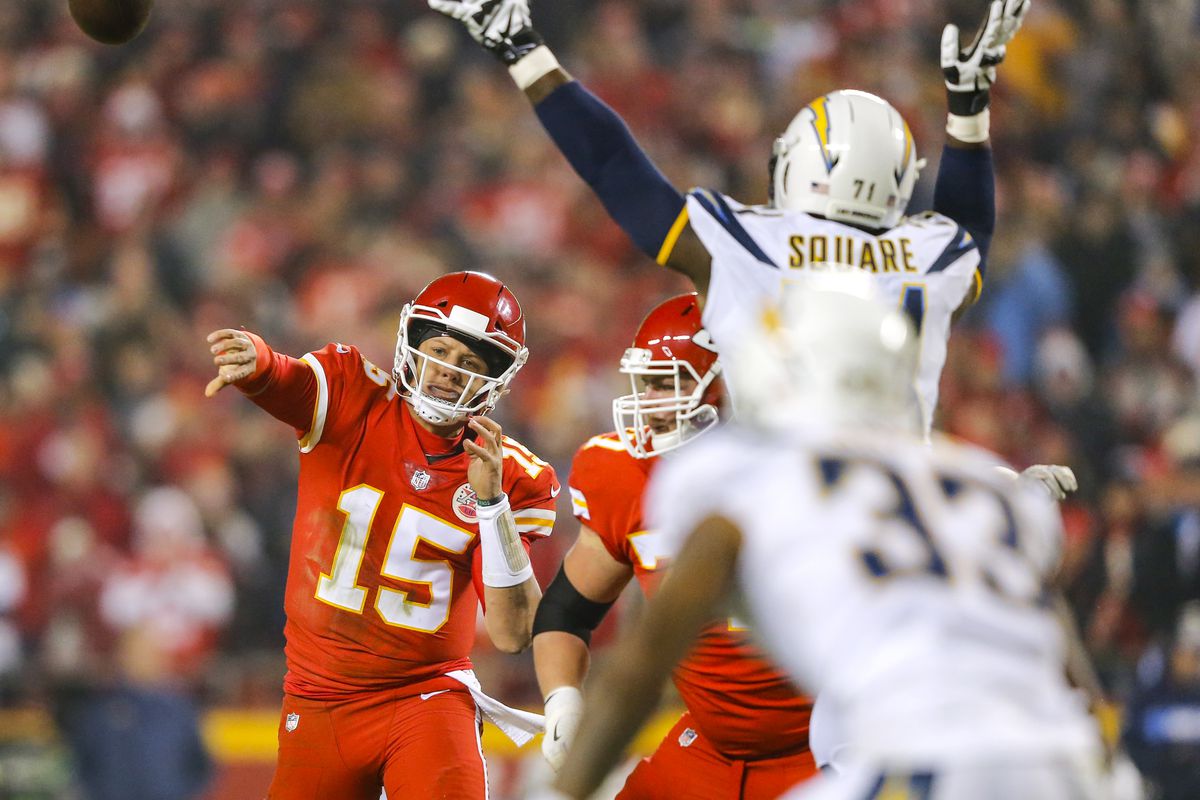 Azteca Stadium in Mexico City is the venue for Monday night Football, and we're running down our best Chargers Chiefs props for the fiesta in Azteca.

Oddsmakers are expecting a closer game than most of the betting public. The Chiefs have moved to 5-point favorites after opening as 3-point favorites.

That's the biggest question facing us tonight as we parse through these props -- can the Chargers keep it close enough to allow then to continue to lean on the run game? That will undoubtedly be the plan going in, but Patrick Mahomes has a way of forcing the opposition to abandon the run.

The relatively close spread, combined with the fact that the Chiefs appear merely mortal this year - see last week's defeat at the hands of the Titans - suggest they can keep it close. And that's a key factor in our first Chargers Chiefs prop for tonight on Melvin Gordon.

We're looking to bounce back from a 0-1-1 card on Sunday Night Football, so let's jump in.

Here's how to create this "At Least" prop in the Builder -- type in Gordon's name in the search bar, add him, then click select "Carries" in the drop-down box. 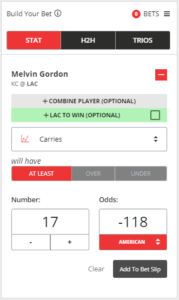 We've been particularly interested in the Chargers backfield since their switch at offensive coordinator heading into Week 9. They've made a clear commitment to the run game and re-establishing Gordon as their workhorse, helping us to cash on his soft rushing line a few weeks ago.

He had a season-high 22 rush attempts in that game against the Raiders and 20 the week before. You can almost spot the exact moment that former OC Ken Whisenhunt was fired. 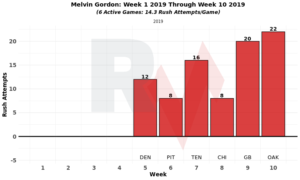 This prop bet is contingent on the Chargers being able to keep this game within reach, of course. But even if the Chiefs are leading for most of the way, LA's newfound commitment to the run still gives us a chance at this reasonable number.

The book is out on the Chiefs defense, and as long as this doesn't turn into a blowout, we can be confident that they're going to try to attack KC where they're weakest -- on the ground.

The Chiefs operate one of the biggest run-funnels in the league, giving up the 20th-most pass attempts but the sixth-most rush attempts. Derrick Henry racked up a monstrous 23 carries in last week's upset over KC, while Ryan Tannehill attempted just 19 passes.

Of course, it doesn't always work out so well facing the Chiefs, who can bury you under three quick TDs in the blink of an eye. Still, five different RBs have managed to hit at least 20 rush attempts against them, while RB committees in Green Bay and Denver combined for 20 and 21 carries, respectively.

Facing an excellent secondary (more on that in the next section), and behind a line that's had trouble protecting Philip Rivers, expect the Chargers to commit to the run as long as game script allows them.