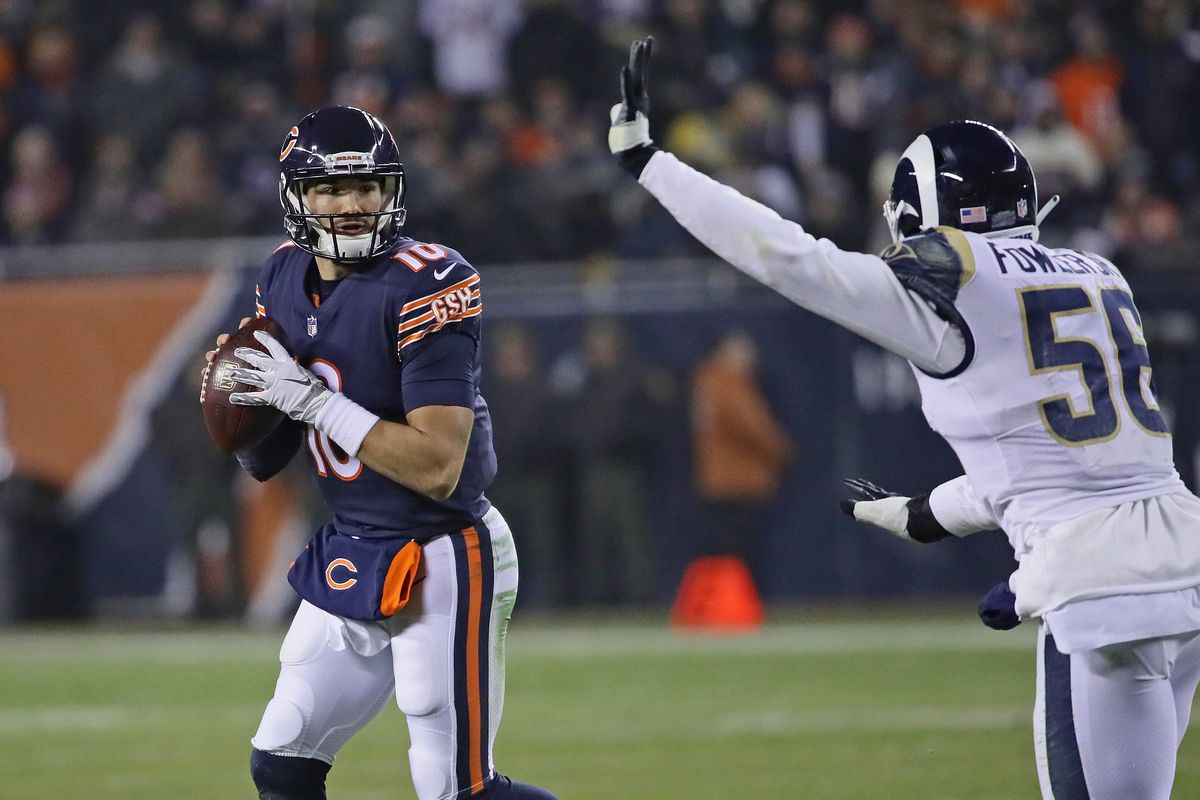 Our best Bears Rams props for Sunday Night Football (SNF) hail from a game that's not exactly expected to be a primetime shootout thriller.

The Over/Under of 40 points is the second-lowest total of any game this week -- not a sight we're used to in games involving the formerly high-flying Rams.

Expect a middling pace. While the Rams run a robust 69 plays per game, the Bears run just 62, dragging this one down to an average combined snap count of 65.5, which ranks right in the middle of all Week 11 matchups.

There is some uncertainty surrounding the Bears offense, as rookie RB David Montgomery is listed as questionable and appears to be a true game-time decision. His status shouldn't affect the role of Anthony Miller, who is the focus of our first Bears Rams prop for tonight. We'll also look at a WR with an elevated role on the other side in Josh Reynolds.

We're going for another Sunday sweep after a 2-0 card the last time out. Meanwhile, our subscriber packages are hitting at a profitable 59% clip. Join us here to get access to our full lineup of weekly prop picks, plus premium Slack support.

Note: This line is heavily juiced to the under at other books. This -101 won't last long.

Not much in-depth analysis required for this one.

Miller appears to have been supplanted as the Bears' secondary option by Taylor Gabriel. yet again Yes, we saw a couple of spike weeks from Miller recently, but they coincided with missed games from Gabriel.

With Gabriel back in the to the lineup, Miller reverted to the sub-60% snap count he started the season with, while Gabriel walked right back into his normal role. 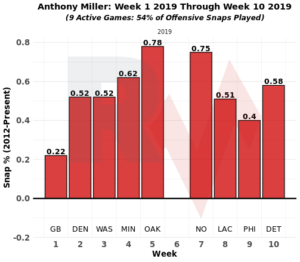 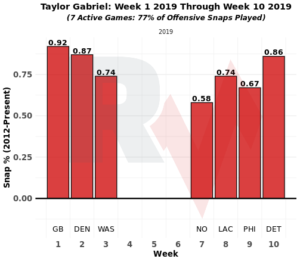 Unsurprisingly, his targets take a hit as a direct result of that lack of playing time, as Miller has registered 3, 1, & 2 looks from Mitch Trubisky over the last three games.

If we exclude Gabriel's first game back against New Orleans when he played on just 58% of the snaps while likely at less than 100%, here are Miller's average splits with and without Gabriel:

We've no reason to believe that the Bears will promote the sophomore WR back to the No. 2. And even when he is targetted, he'll matchup with one of the league's best at covering the slot in Nickell Robey-Coleman. He's PFF's 13th highest-graded CB this year and allowing just 1.16 yards per route covered. PFF rates this is the sixth-biggest WR/CB mismatch of the week.

It's always a sweat taking the under on these low numbers, as it just takes one unlucky play to lose it, but the Bears have been consistent in how they've deployed Miller, and we should expect more of the same tonight.