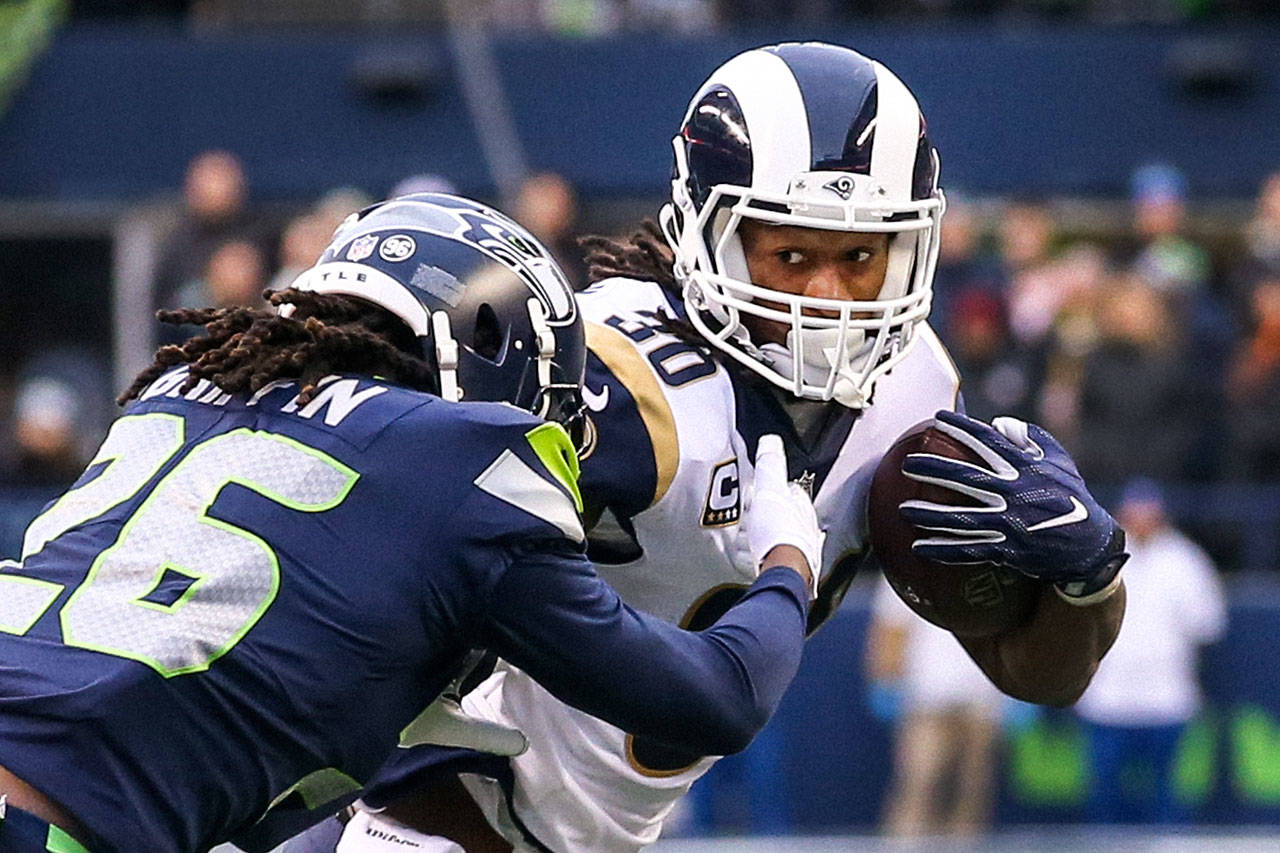 by Cort SmithOctober 3, 2019April 28, 2021
Thursday night Football brings a rare watchable game, and we're celebrating with a look at a few of our favorite Rams Seahawks props. Expect a decent pace in this one. A point total of 48 - tied for third-highest in Week 4 - and a Rams offense that runs more plays than every team but the Ravens hints at the potential for a back-and-forth affair. We went 1-1 on last Thursday's card, while Week 4 brought us another profitable slate, the fourth in a row for us. Here are the year-to-date results for all our prop recommendations. Want to join us? You can do so here for just pennies per pick! Let's jump into tonight's prop plays.

It's officially time to be worried about Gurley... at least in the run game where ranks a mortal 23rd in rushing attempts and 19th in yards. After averaging just a shade over 3 yards per carry against Saints and Browns, the Rams pulled the plug on the run game in Week 4, going unbalanced in comeback mode against the Bucs and giving Gurley just five carries for 16. But he came alive as a receiver for the first time this season. 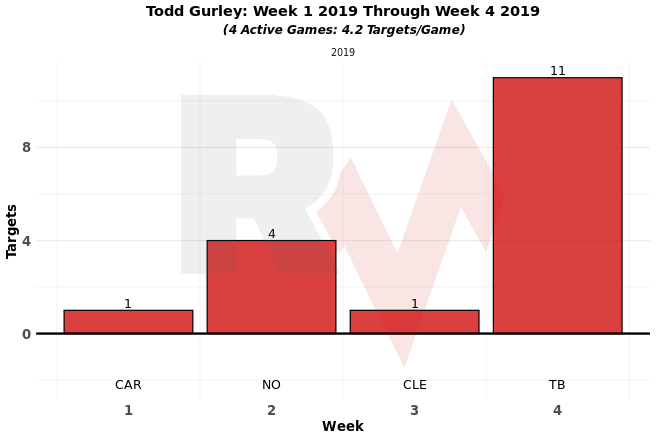 These two teams combined for 64 and 67 points in their two meetings last year, and we could be in store for another back-and-forth affair tonight. Last week's opponent certainly prodded the Rams towards the passing game -- Tampa Bay is a pass-funnel defense, allowing the fewest rushing yards per game (59.2) while giving up an average of 318.2 passing yards, second-most in the league. They're not as polarized as the Bucs, but Seattle brings similar defensive tendencies, allowing the 16th-most passing yards per game while giving up the sixth-fewest rushing yards (79.5/game). Their opponents have attempted 19 rushes per game, fewer than all teams but New England. Editor's note: With the season 25% over, we've just reduced the price of our full-season subscriptions. Join us by clicking the banner!

And it would make sense for the Rams to deploy him similarily against the Seahawks, who've been gashed by opposing RBs for the third-most receiving yards on the eighth-most receptions. Through four weeks, they've allowed at least four receptions and 25 yards to every enemy backfield.

While Gurley doesn't look like the same guy from the middle of last year, it's notable that he was used as a receiver in the two 2019 matchups vs Seattle, posting receiving lines of 5-4-36 yards and 4-3-40.