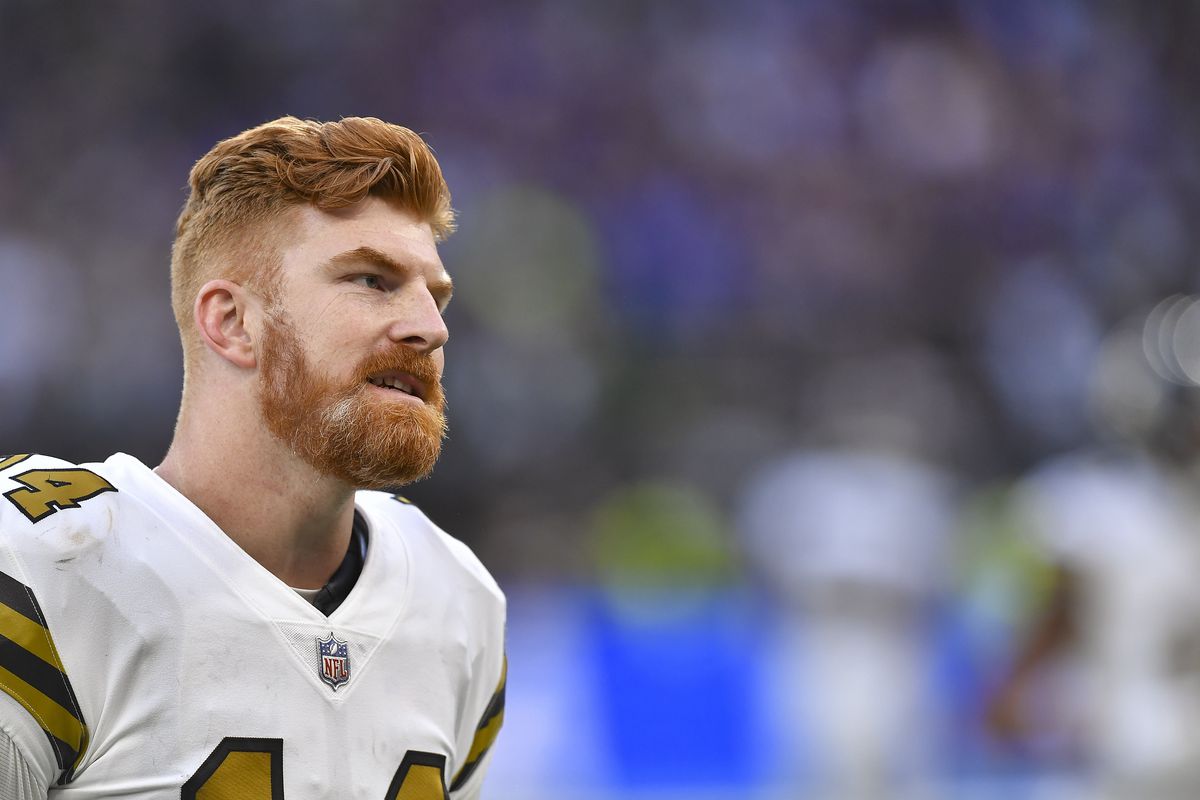 Andy Dalton and his bad back take on the Cardinals on a short week, and we like fading the Red Rifle as we break down one of our favorite TNF player props.

The Saints now have two quarterbacks with bum backs after Dalton hurt his on Sunday against the Bengals. He was filling in for Jameis Winston, who’s also been dealing with a back injury, although he’ll be available tonight.

Dalton got in a full practice on Wednesday after limited practices on Monday and Tuesday. He’ll go tonight, but he’s unlikely to be at 100%. Let’s jump into the pick.

Even before suffering a back injury in Sunday’s game, the Saints were going to great lengths to hide their backup QB.

New Orleans has been one of the most pass-adverse teams in the league with Dalton under center, posting a negative expected passing rate (PROE) in all three of his starts, including a -11.2% PROE in Sunday’s game, the fourth-lowest mark of any team in Week 6.

During that stretch, the Saints:

Will the Saints suddenly pivot away from that run-heavy strategy with Dalton less than 100% on a short week? It seems unlikely.

While there is a wide range of outcomes here, and Dalton will post some big numbers from time to time, his outcomes are far more weighted toward the 200-yard range. 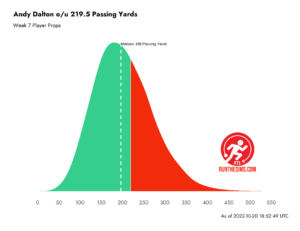 Call of the Cards

The Cardinals pass defense is nothing special, but it’s also not the league-worst unit we’ve seen in recent years, ranking 22nd in Yards per Attempt allowed and 23rd in Passing Yards.

They’re above average when it comes to volume, though — their opponents run the fourth-fewest plays overall, and the 9th-fewest passing plays.

That limited volume has helped them to hold 83% of opposing QBs under their closing line on Passing Yards this year.

The severity of Dalton’s back injury is a bit of a question mark, but on a short week, it’s possible we see a bit more of “TE” Taysom Hill under center tonight, giving us another out on an already solid play.