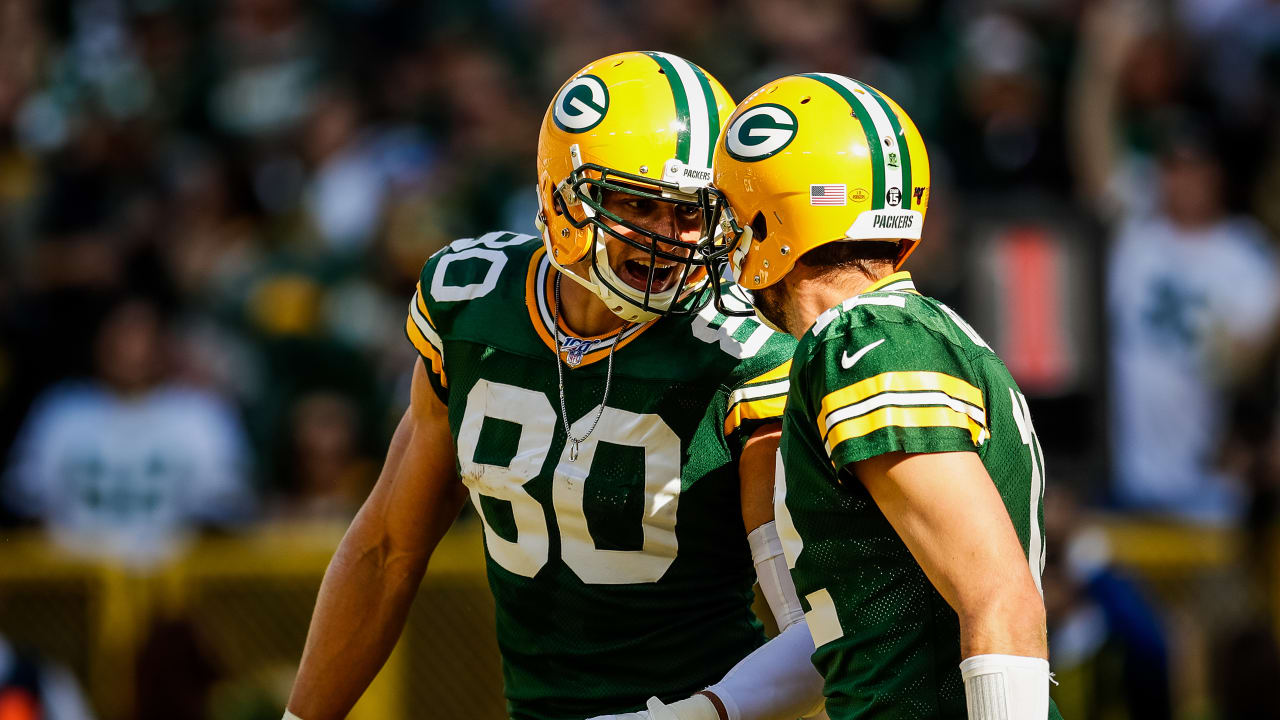 Uncertainty surrounding most of the 49ers pass catchers has made it so that there were not many widely available 49ers Packers props released in a timely matter this week.

So we’re a little tardy to the party, but we’ve still got an abbreviated, completely free version of our best Sunday Night Football props as Green Bay visits San Francisco.

We’ll run down one official play on a fading Jimmy Graham, plus a favorite lean where we ask — can you trust George Kittle on a broken ankle?

Let’s jump right in, and if you’re looking for our full slate of weekly prop plays, join us at some exceedingly reasonable rates here.

Graham got lucky to get loose against the Panthers, racking up most of his 59 yards on one of just two catches on the day.

He had four targets, the same number he’s had in three of his last four games. It’s hard to see him being much busier than that against one of the league’s best TE defenses.

There have been just two TEs to rack up four or more receptions against the 49ers all year.

Graham has looked shot in his age-33 season and will be in tough to find any space against this unit, even if the targets are there. And they largely haven’t been — his volume ceiling has been modest all year.

Graham has eclipsed six targets just once this year; take away the one spike week two months ago and he’s averaging 3.8 targets and 2.3 receptions per game. He’s commanded five or fewer targets in 80% of his games this year. 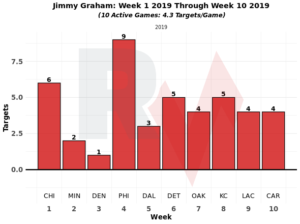 If Graham can find four catches against this San Francisco defense, something has gone horribly wrong for the Packers.

Treat this 49ers Packers prop lean as entertainment and play it at your own risk.

One of my rules when playing props is to bet unders or nothing on guys who are playing on broken ankles.

If you’re ever going to bet the under on Kittle, it’s in a spot like this.

49ers’ TE George Kittle played Oct. 31 game against Arizona with a broken bone in ankle, per sources. Now Kittle expected to be out there tonight vs. Green Bay, even as ankle still is an issue.https://t.co/hXedlOsJZ9

The decoy factor is high here. Defenses need to account for Kittle anytime he’s on the field, so it would make sense for the 49ers to have him on the field if at all possible, whether or not he’s capable of actually running any routes.

He’s one of the best blocking TEs in the league as well, so he can play without necessarily getting any targets. WR Deebo Samuel has proven capable as a slot fill-in for the 49ers, racking up 246 yards on 22 targets over the last two weeks, so Kyle Shanahan & company shouldn’t feel compelled to force-feed Kittle.

Health aside, Kittle has still cleared this 62.5 yardage total in just 50% of his games this year.

Speaking of Samuel, it’s not widely available, but I like O40.5 receiving yards if you can find it.