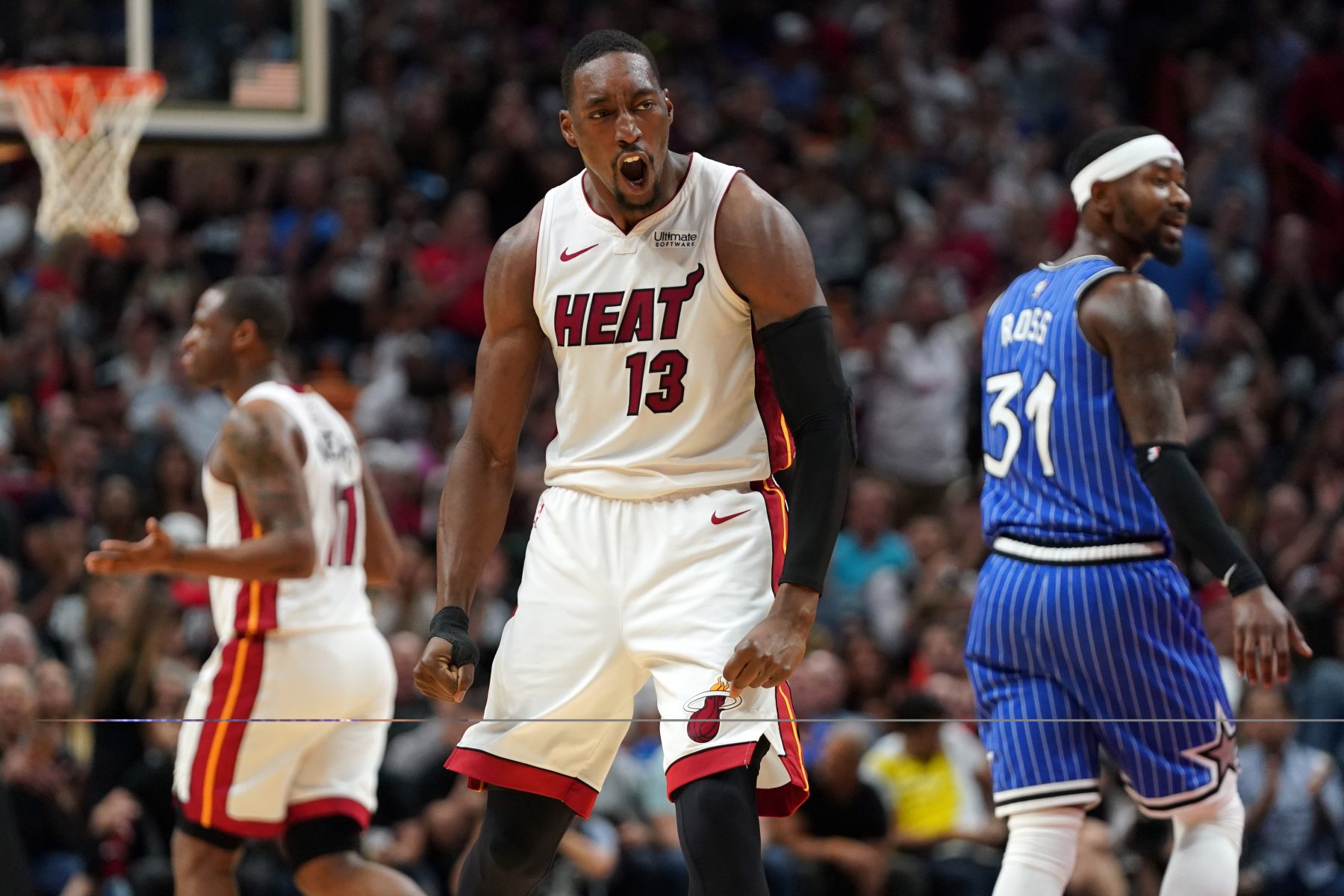 The NBA serves up a nice little nine-game slate this Saturday night, and we’re back again with more free NBA props.

There are plenty of teams who played last night and then had to travel to play again tonight; that can detour some projections. However, we are going back to the well with another feature play on Bam Adebayo, as he’s cheaper tonight than he was last night, despite smashing his Over.

He was one of four picks that hit for us on last night’s card for a perfect 4-0 record, while I went 2-0 the night before that.

The San Antonio Spurs are also playing tonight, and we will continue to attack them until the market catches up with their lack of defense. Rookie R.J. Barrett is our “going against the Spurs” guy to target tonight.

We’ll round up the article with the elite Fred VanVleet. He gets a fast-pace matchup against an Atlanta Hawks team that is really short-handed.

The oddsmakers are overreacting to Adebayo’s matchup against the 76ers, and mainly the presence of Joel Embiid. Adebayo’s price went down from last night, despite that 36 PRA performance against the Bulls.

Adebayo has hit the targeted 27.5 PRA in four of his last five games and, as we mentioned yesterday, he hasn’t played even many meaningful minutes this year. Tonight the Heat are 5-point underdogs, so Adebayo should get all the minutes he can handle.

The third-year pro doesn’t have much experience against Embiidl; however, in his last game against Embiid in April of last year, Adebayo had 19 Points, 9 Rebounds, and 2 Assists in only 22 minutes of action, which was good enough for 30 PRA.

This year, guys have found success when going up against Embiid

We shouldn’t have to explain why Adebayo is better than Cody Zeller, but here is a key stat for you — out of the six players above, no one has a higher Offensive Rating than Adebayo at 108.9.

That number is higher than Karl Anthony-Town’s and Embiid’s as well.

This is a really good spot for Adebayo, and Bam-Bam is going to smash here.

Editor’s note: Our NFL props are hitting at a profitable 58% on the year! Join us here.

We don’t need to go into much detail here, as we return to this spot again.

Yes we are targeting another wing player against the Spurs. It may be the “boring” play, but it is certainly the right play and one we will continue to attack until oddsmakers realize this is not the same Spurs defensive team from the past decade.

Barrett is on the small list of guys that can be considered for Rookie of the Year. He is averaging 15.3 PPG and has hit the targeted 15 points in three out of his last five games. He has also played in at least 30 minutes in four out of those five games and has averaged 13.4 shot attempts during that span.

The Spurs defense is atrocious, ranking 28th in the league over the last five games. We’re betting on the rookie here, and the Knicks — normally a scary situation, but not tonight.

VanVleet gets an excellent matchup against Trae Young and the Atlanta Hawks. The Hawks grade out as the worst defensive team in the league over their last five games. Yes, even worse than the Spurs.

VanVleet has been spectacular this year filling in for the injured Kyle Lowry, leading the Raptors to a 10-4 record.

VanVleet has his the targeted 19.5 points in three of his last four games. It’s important to note that the Hawks have allowed opposing Point Guards to score 22 PPG over their last four contests.

VanVleet is also playing 37.6 minutes per game, which is the second-highest in the league. If this game does get out of hand because of a potential blow-out, VanVleet will still see a hefty amount of minutes.

He grades out as one of the best plays on the board today, and we’ll use his recent success and his matchup to take advantage of the modest line that has been given to him.