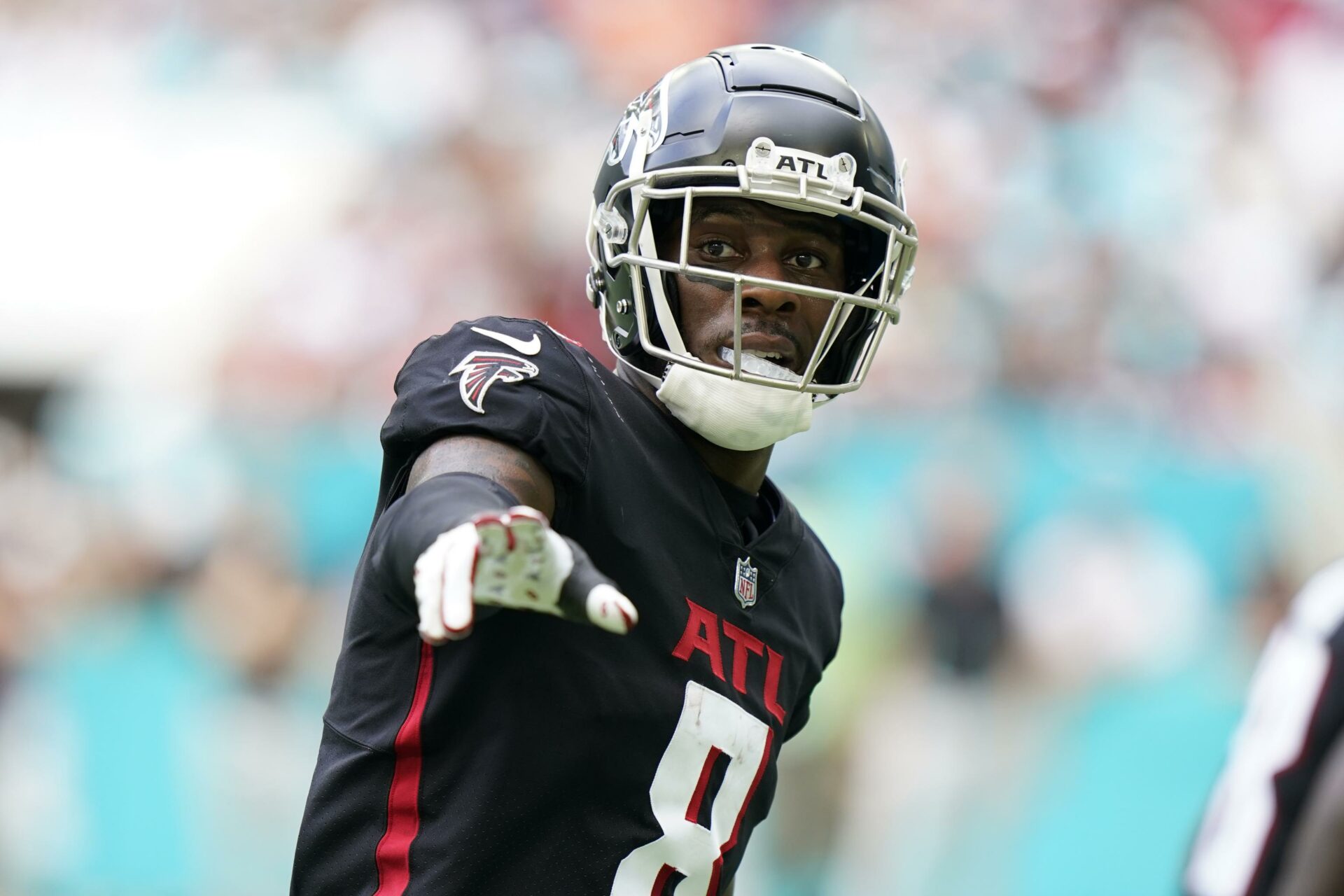 We break down 5 player props trends to consider for TNF, including Kyle Pitts, PJ Walker, and Tyler Allgeier.

The Falcons and Panthers meet for the second time in three weeks, but tonight’s game should be considerably different than the surprise 37-34 overtime shootout we saw last time. Wet and windy weather is likely to play a factor and could push the offenses toward a more conservative game plan.

Our subscriber picks are heating up, hitting 75% for +18 units over the past three weeks — join us here to get all our picks alerted to your device. 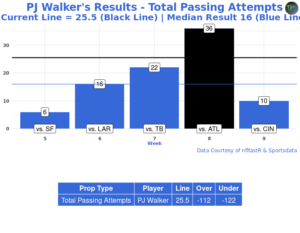 PJ Walker provides one of the most interesting prop spots for tonight. He’s only hit this line of 25.5 Passing Attempts once in his five starts, but that Over came against tonight’s opponent, and he flew over that number with 36 attempts.

Atlanta fields arguably the worst pass defense in the league, so it wouldn’t be a surprise to see the Panthers attack them in a similar fashion here. On the other hand, Walker was benched in the last game, and that is a real risk again tonight if he’s playing poorly. 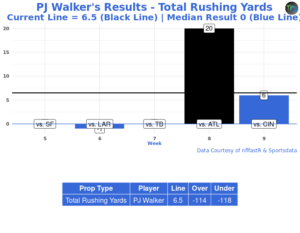 Walker hasn’t done much in the rushing department as a starter with a median result of 0.5 yards. And while he did hit this in the last matchup with the Falcons, it’s notable that he only had one single rushing attempt in that game.

In fact, Walker has just three rushing attempts over his five starts. 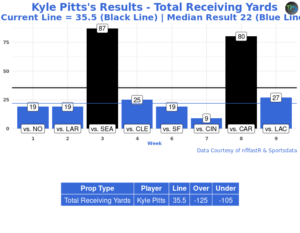 Another feast or famine player. Pitts hasn’t really sniffed this line with a median result of just 22 on the year, but when he does, he smashes it, including the last time out vs Carolina.

While the overall passing volume in Atlanta remains low, the good news for Pitts is that he’s starting to see more volume lately, with Drake London’s looks starting to head south. 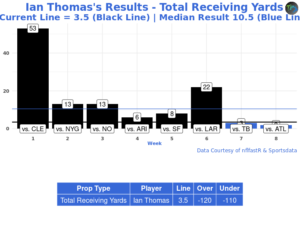 If you’re into the high variance plays, this is one for you. Thomas has been quiet the last few games but has hit this line on 6-of-8 with a median result of 10.5, and 3.5 yards is basically just one catch. 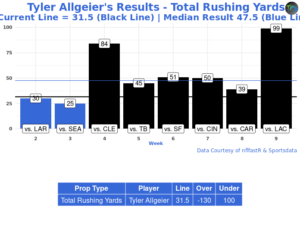 Another fascinating spot with Allgeier coming off a season-best game despite the return of fellow RB Cordarrelle Patterson.

Patterson is active again tonight, so it will be interesting to see how they split up the rushing work. Allgeier has hit this number in 6-of-8 games overall.