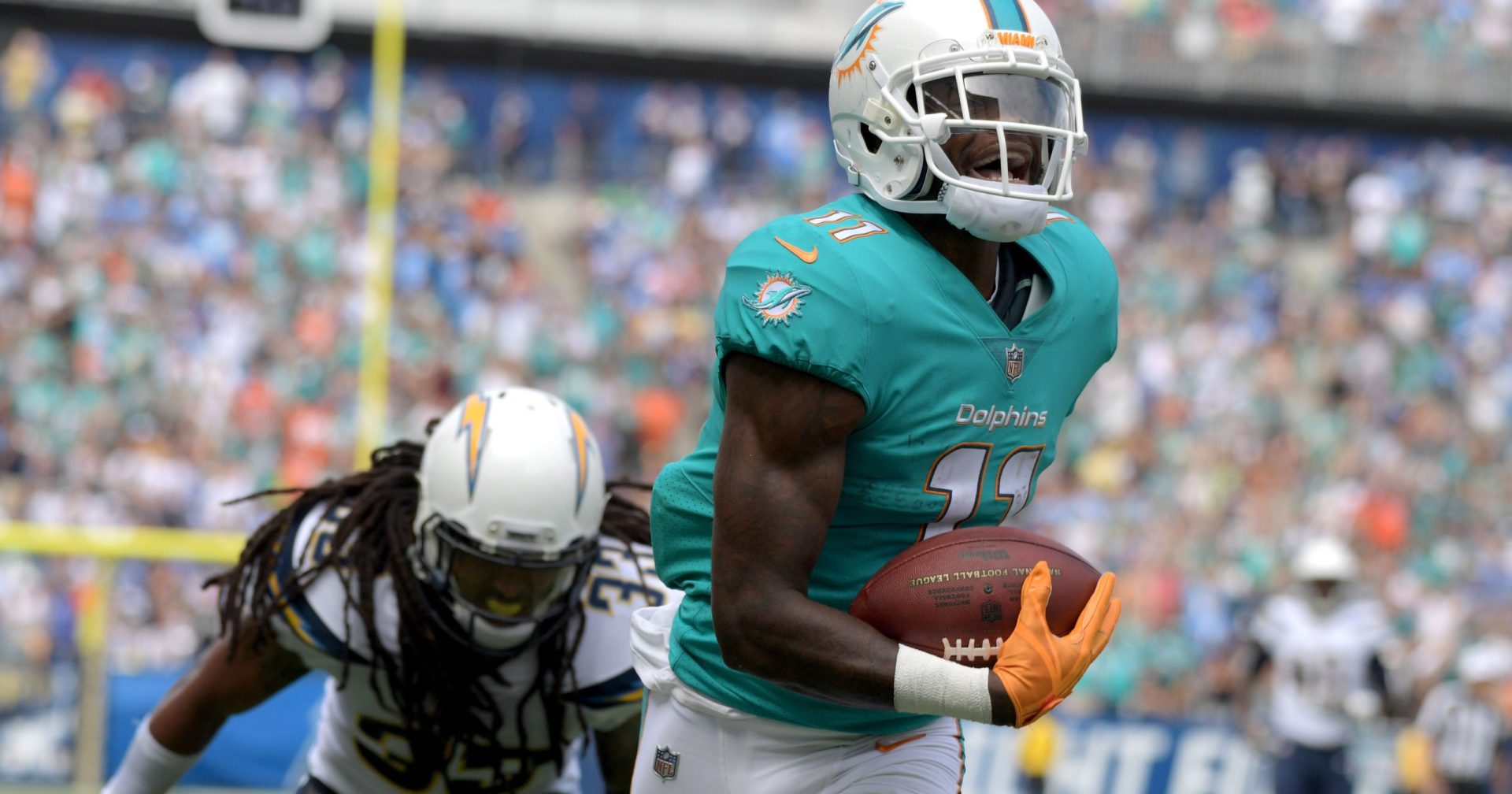 Saturday is for scraping offshore books for the best values on NFL props, and this week we're enlisting the aid of one of the most telling tools in our arsenal -- Air Yards.

Why are Air Yards so important? Because volume is the best predictor of output that we have, as creator Josh Hermsmeyer explains:

"Between 72 – 80 percent of a receiver’s same-season production can be explained just by looking at target and air yards volume. If we know how many air yards are thrown at a guy along with how many times (targets), we can make a pretty accurate guess at what his receiving yards will be."

Early in the season, we see some big discrepancies between a player's opportunity (Air Yards) and his perceived value. Take our first prop play in this article -- everyone is down on DeVante Parker after he had zero yards last week, but he's getting a ton of Air Yards, making it unlikely he'll continue to produce at a low level.

Also be sure to check out our favorite Week 3 plays at RB.

There's a non-zero chance I won't be able to look myself in the mirror Sunday evening after making this pick.

But hear me out -- Parker may be the most undervalued WR on the board this weekend. Opportunity - in the form of Air Yards, in this case - is everything, and Parker is swimming in it.

He ranks second among all WRs with 329 Air Yards, behind only Keenan Allen, and yet Parker has just the 74th-most receiving yards with 74.

There are eight WRs with at least 250 Air Yards this season. Remove Parker, and they've averaged 92 receiving yards per game, more than double the line of 37.5 we need the beat.

Here's another way of looking at it. I compared the Week 3 prop lines for receiving yards against their average Air Yards per game. So if a player is getting a lot of opportunity, but it's not being reflected in the prop betting markets, he's going to show up as green on this list.

And no one is greener than Parker this week.

The list contains some of our favorite players to target on overs early in the season, including Kenny Golladay, whom we're very high on this week, as well as Larry Fitzgerald, who we'll get in a moment.

Last week, Parker had 7 targets and 143 Air Yards, but had 0 receiving yards, thanks in large part to stonewallin' Stephon Gilmore, PFF's highest-graded CB this year (91.1).

If Parker continues to get that kind of volume, he will put up some big numbers. And as 22-point underdogs against the Cowboys this week, the Dolphins should once again be throwing in garbage time, giving Parker a chance eclipse this undervalued number of 37.5.