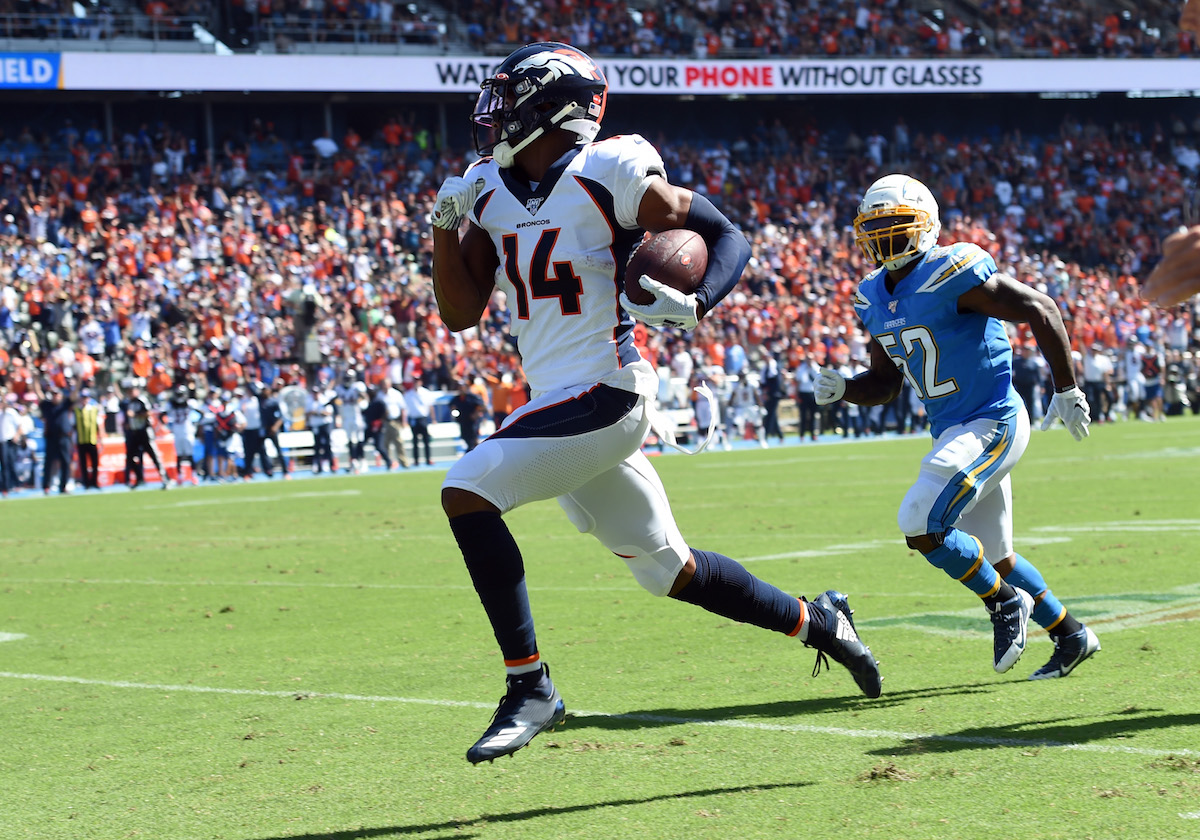 We’ve got MNF Props for Broncos Chargers, and it sets up to be another busy game for one of the league’s most well-fed WRs, Courtland Sutton.

Denver hasn’t faced a pass-happy team like the Chargers yet, and as 4.5-point underdogs, they’re likely to be chasing the game once again, which means plenty of targets for their best WR.

It wasn’t supposed to be this way.

Jerry Jeudy and Sutton were presumed to be co-No. 1 receivers heading into the season, but Sutton has clearly been Batman to Jeudy’s Robin.

For those who are into plain old hit rates, Sutton has hit this number in four straight games, averaging 5.8 receptions in that span.

I like to analyze props from a market-based perspective as well, and from that point of view, this prop looks just as good. Look at it this way:

From that perspective, a line of 4.5 receptions of Sutton seems a touch short.

Any way you slice it, Sutton has been a top receiver this year, despite sub-par play from his QB Russell Wilson, and he looks undervalued here.

The Los Angeles secondary has been softer than we’ve seen in recent years, allowing the 9th-most targets to WRs (21/game) and the 10th-most receptions (13.4).

That’s partly due to the fact that the Chargers themselves are a pass-heavy team that also plays fast, which puts their opponents in a position where they have to do the same.

Teams playing the Chargers are passing 64% of the time this year, tied for the 4th-highest mark in the league.

Projections across the industry are finding consensus to this play, ranging from 5.0 to 6.0 receptions.

We like Sutton to stay busy tonight in a game script that should see the Broncos forced to the air in order to stay close. Play this down to -140.