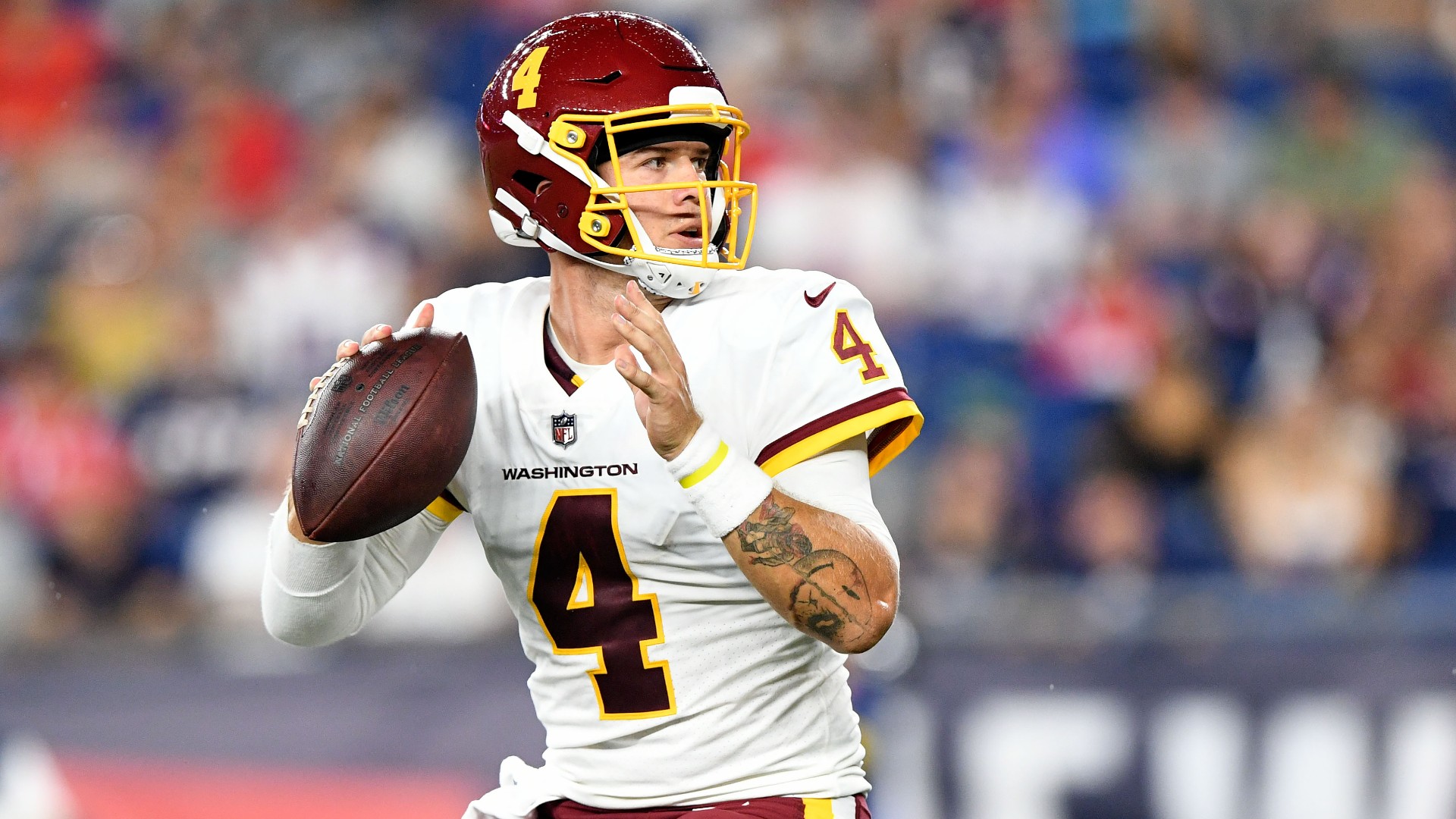 Overall, our subscriber picks went 17-5 in the opening week, and we’re looking to stay hot in Week 2. Join us here if you want to get our full weekly slates of NFL props delivered to your device.

What was supposed to be a high-flying YOLO Washington offense led by Ryan Fitzpatrick lasted just more than one quarter on Sunday after the 38-year-old QB hurt his hip, giving way to Heinicke, who threw for 122 yards and a score in a home loss to the Chargers.

Heinicke’s short resume – before Sunday, his only other regular-season appearance for Washington was in mop-up duty in Week 16 last year after Dwayne Haskins was benched, and his only full start was in a playoff loss to Tampa Bay in January’s Wild Card round – makes him a difficult study. However, in all three of his Washington appearances, he passed for exactly 1 TD.

As a team, Washington had only 16 passing TDs last season.

Washington notched more than 1 TD pass in only four games last season, or 25 percent of its games.

The Giants’ defense gave up 22 passing TDs last season, less than 1.5 per game. Moreover, we expect Washington to play more conservatively with Heinicke under center.

Oddsmakers have also pegged the points total for this one at 40.5, currently the lowest total on this week’s slate, so we’re not anticipating much scoring, another factor working in our favor.

Again, the game splits that have McKissic playing alongside Heinicke are exceedingly minimal, so we have to put together pieces of the puzzle for this one.

McKissic ran a route on 38.5% of dropbacks on Sunday.

With lead RB Antonio Gibson reportedly a full-go for Thursday (he left briefly in Week 1 with a shoulder injury), combined with the scaling back of McKissic’s involvement compared to last season and the inexperienced Heinicke at QB, we feel comfortable that McKissic’s passing-game participation should be minimal.

With oddsmakers setting such a low point total, we like going with the unders tonight. We’d play Heinicke U1.5 TDs to -150 and would play McKissic’s receiving prop down to 15.5 yards.