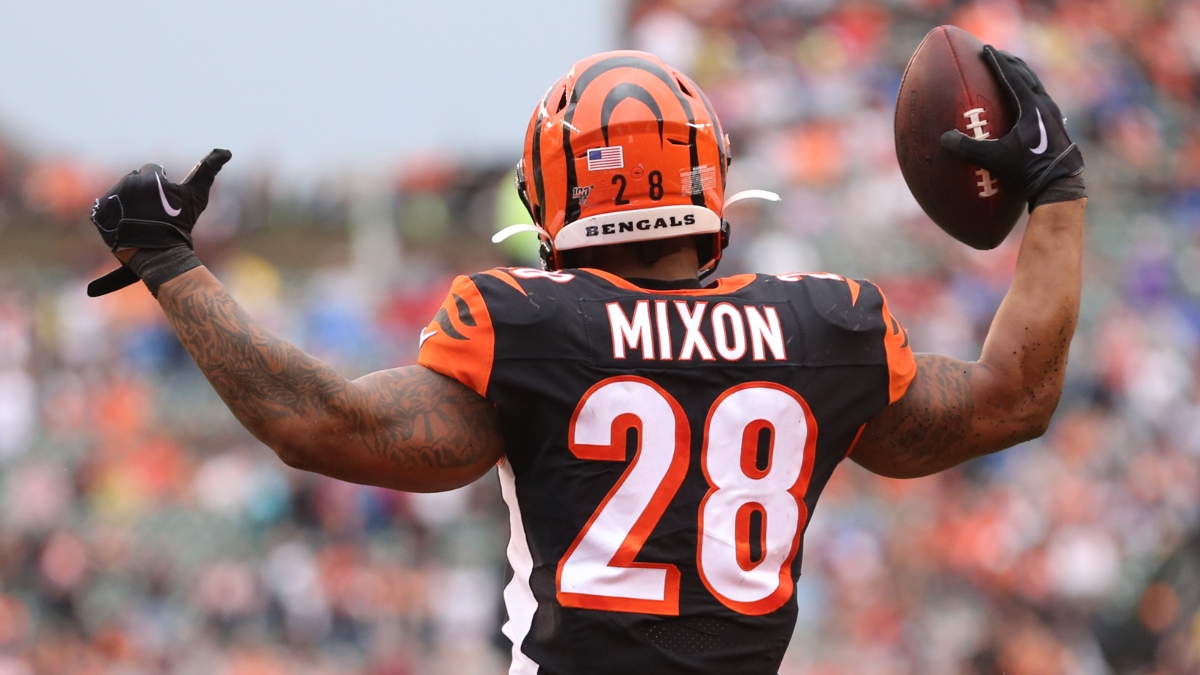 A loaded Week 2 NFL slate lies ahead, and we’re bringing you two rock-solid props for Week 2.

After a thrilling Thursday Night game between the New York Giants and the Washington Football Team, I’m hoping for much of the same excitement this weekend!

I went 2-0 in this space last week, and overall, Bet the Prop subscriber picks went 17-5 in the opening week.

It’s time for a Week 2 Rushing Extravaganza. Let’s dive into the plays.

Whenever Joe Mixon is healthy, he is an absolute workhorse for the Bengals. In Week 1, Mixon logged 78% of Cincinnati’s offensive snaps and saw a massive 29 carries, more than any other RB to open the season.

Mixon staying on the field a ton should remain a constant. Bengals Offensive Coordinator Brian Callahan talked Mixon up heavily over the offseason.

“Joe shouldn’t come off the field,” Callahan said. “He should be on the field every down.”

This belief in the Oklahoma product from the coaching staff is highly encouraging and should result in consistent 70% (or higher) snap rates for Mixon moving forward.

The fifth-year pro has 17+ carries in nine consecutive games when playing at least 70% of the snaps. Over this same nine-game sample, he is averaging an astonishing 23.7 carries per game.

Mixon has hit the over on this prop in 10 of his last 12 games, with his two misses coming at 15 and 16 carries. He is also posting 21.8 carries per game over this stretch, around 25% higher than the over/under.

The former 2nd round draft choice is also matchup proof with regard to his volume. In the game prior to his season-ending injury last year, Mixon received 24 carries despite the Bengals losing the contest 27-3.

Mixon will continue to get all the work and all the playing time he can handle for Cincy this season. He’s a good bet to see 20+ carries and be heavily involved yet again. This line is too low for the star ball carrier.

Last Sunday, Baker Mayfield completed just 21 passes vs. Kansas City, and now faces the only team in the NFL that had a weaker run defense than the Chiefs last season: the Houston Texans.

The former Heisman award-winner has won 23 career games and has stayed under this total in 17 of those games. We should see much of the same from Cleveland in this matchup, as this pathetic Texans defensive unit ranked as the league’s worst rush defense in 2020 and 9th worst in 2019. In Baker’s 11 wins last season, as shown below, he stayed under 22.5 completions in 9 out of 11 games and completed just 18.7 passes per game. 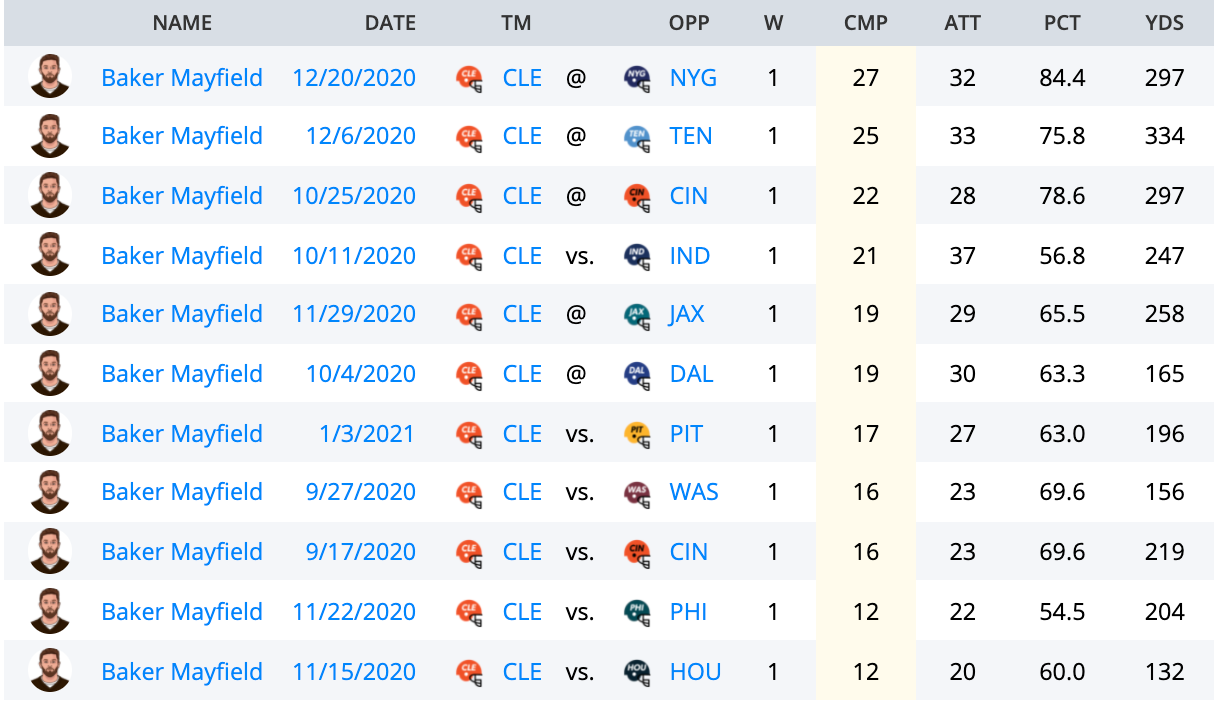 With Cleveland coming in as heavy favorites at home against a horrible Texans defense, expect the Browns to be extremely run-heavy. This line is too high for Baker, and I love the under for Week 2.

Joe Mixon is poised to see all the volume he can handle when on the field this season. He has no competition for touches and a coaching staff that strongly believes in his talent and workhorse ability.

Additionally, Baker Mayfield should take a backseat to the Cleveland rushing attack at home against the lowly Texans this Sunday. It will be a shock to many if the Texans keep the game close and force Baker to air the ball out.

Enjoy playing these props, and join us for months of NFL props to come!