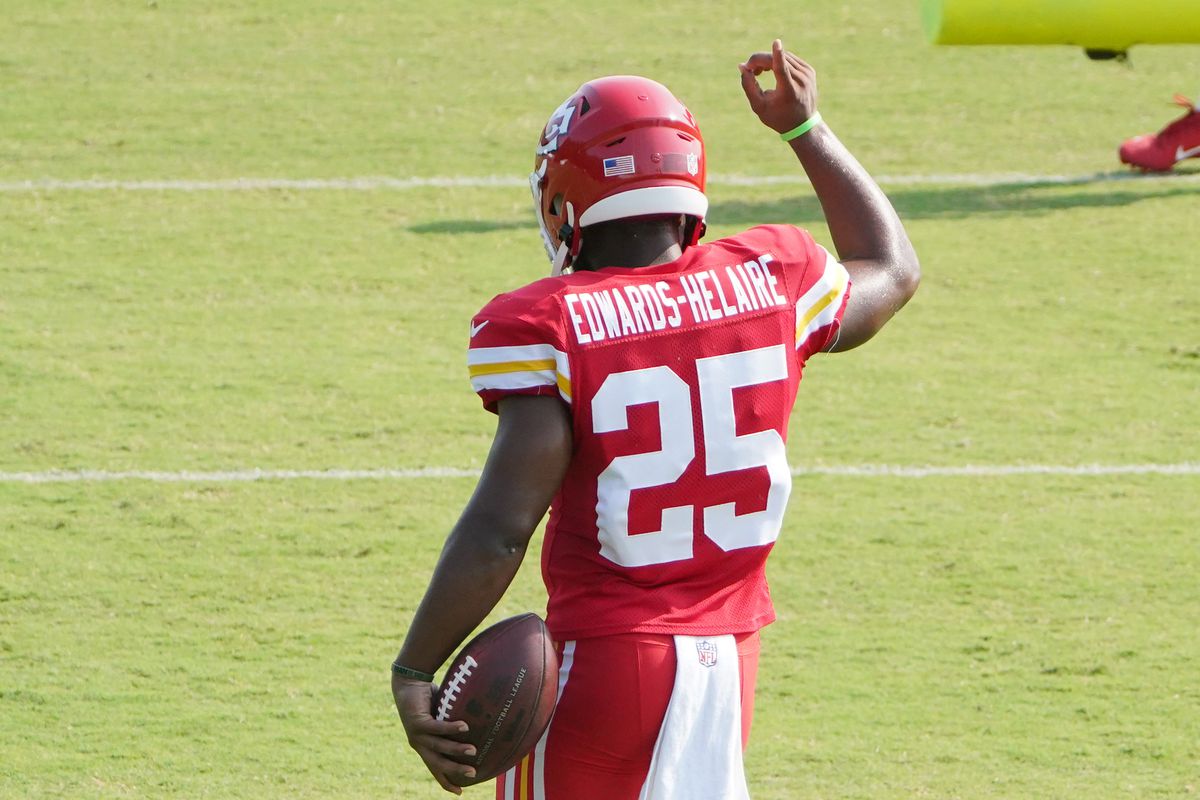 For Week 5, the Sunday Night Football team has given us the game of the year. Star power abounds on both teams, and one of our favorite SNF props for Bills Chiefs is on an emerging young player on Kansas City.

In a rematch of the 2020 AFC Championship game,  Patrick Mahomes and the Kansas City Chiefs are -2.5 home favorites over Josh Allen and the Buffalo Bills.

This is sure to be a high-scoring matchup, and there are plenty of players that can fill the box score. But after considering the matchup and the market, we’re placing our money on a certain bell-cow running back.

Article plays are now 19-8 on the year, while our subscriber picks are 49-33 for +11.3 units — join us here to get full weekly slates of NFL props (plus NBA & more) delivered to your device.

We’d also play this at 12.5 attempts available in some other spots.

Clyde Edwards-Helaire owns the Kansas City Backfield. There isn’t a competition for snaps. If Mahomes is handing the ball off, it’s likely going to CEH.

Through the first four weeks, Edwards-Helaire has compiled 58% of Kansas City’s Rush Attempt Marketshare. Darrel Williams is in second place at just 19%. As such, CEH has hit this number in all of the Chiefs first four games.

As long as the Chiefs go to the ground enough, Edwards-Helaire will stack up rush attempts. There are a few reasons to believe the Chiefs will call enough runs on Sunday Night.

Matching up with the Bills Defense

Through four weeks, the Bills have a historic defense. In terms of defensive expected points added per play (EPA/P), the Bills lead the league at -0.352. In second place is Denver, way down at -0.116. 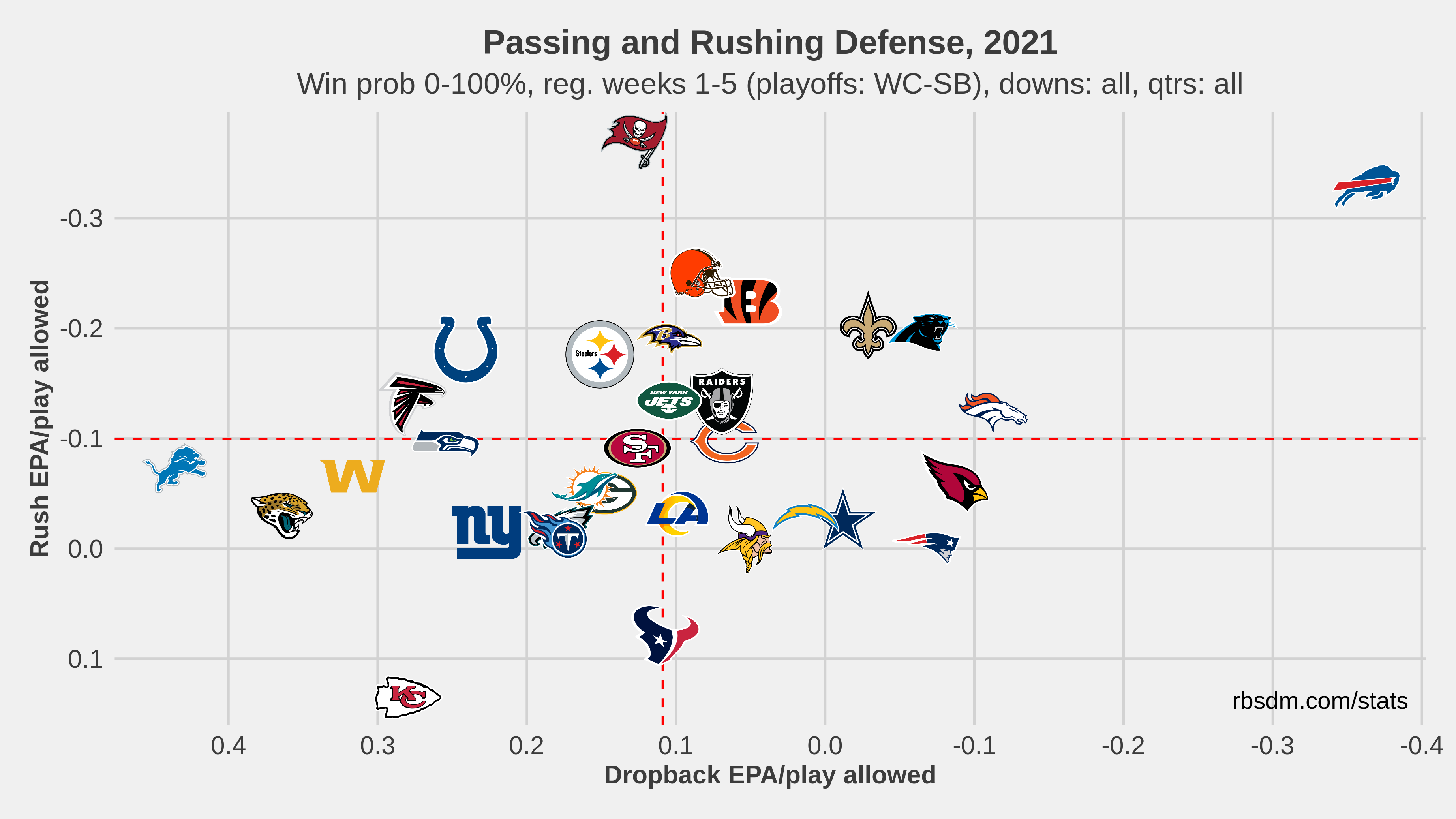 While the entirety of the Bills’ defense is dominant, Buffalo’s pass defense is absurd. The Bills are allowing less than five net yards per pass attempt this season, and have intercepted seven passes while allowing just three TDs.

If there are any chinks in this Buffalo armor, it’s on the ground. Per PFF, the Bills grade out as first in coverage but just ninth in rush defense. If the Chiefs want to have success against this defense, they’re likely to attack on the ground.

This is exactly what Kansas City did when it played Buffalo last season.

Last season, the Chiefs traveled to Buffalo in mid-October. Kansas City won the game, 26-17, and moved to 5-1 on the season.

Rather than Mahomes carrying the Chiefs to another victory, Andy Reid called run — over and over again. The Chiefs ran the ball 46 times to just 26 pass attempts, earning over five yards per carry in the process.

Of course, Edwards-Helaire got the lion’s share of those carries. CEH picked up 57% of the Rush Attempt Marketshare in that game, good for a whopping 26 rush attempts. 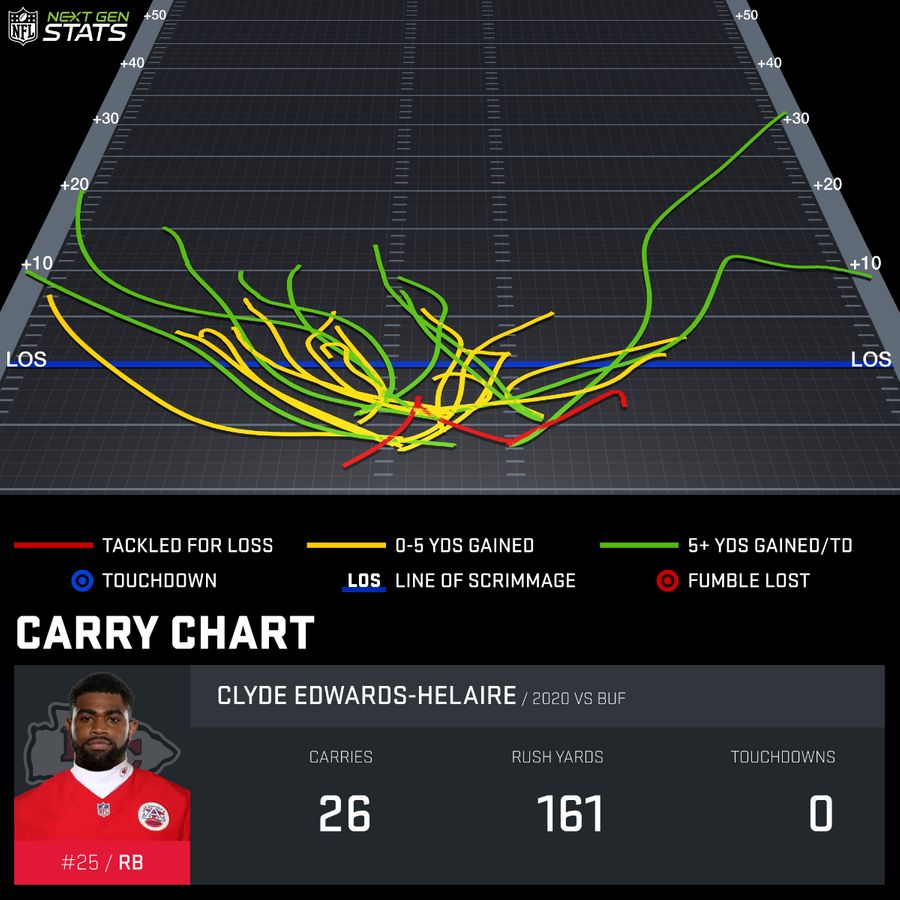 Given their success with this strategy last year, I’m expecting Reid and Co. to try it again in this meeting. That would mean a lot of opportunities for CEH.

The projection market is high on CEH this week, wherein I’ve seen a projection spread between 13.0 and 14.0. That gives us tons of leverage on the current number being offered. 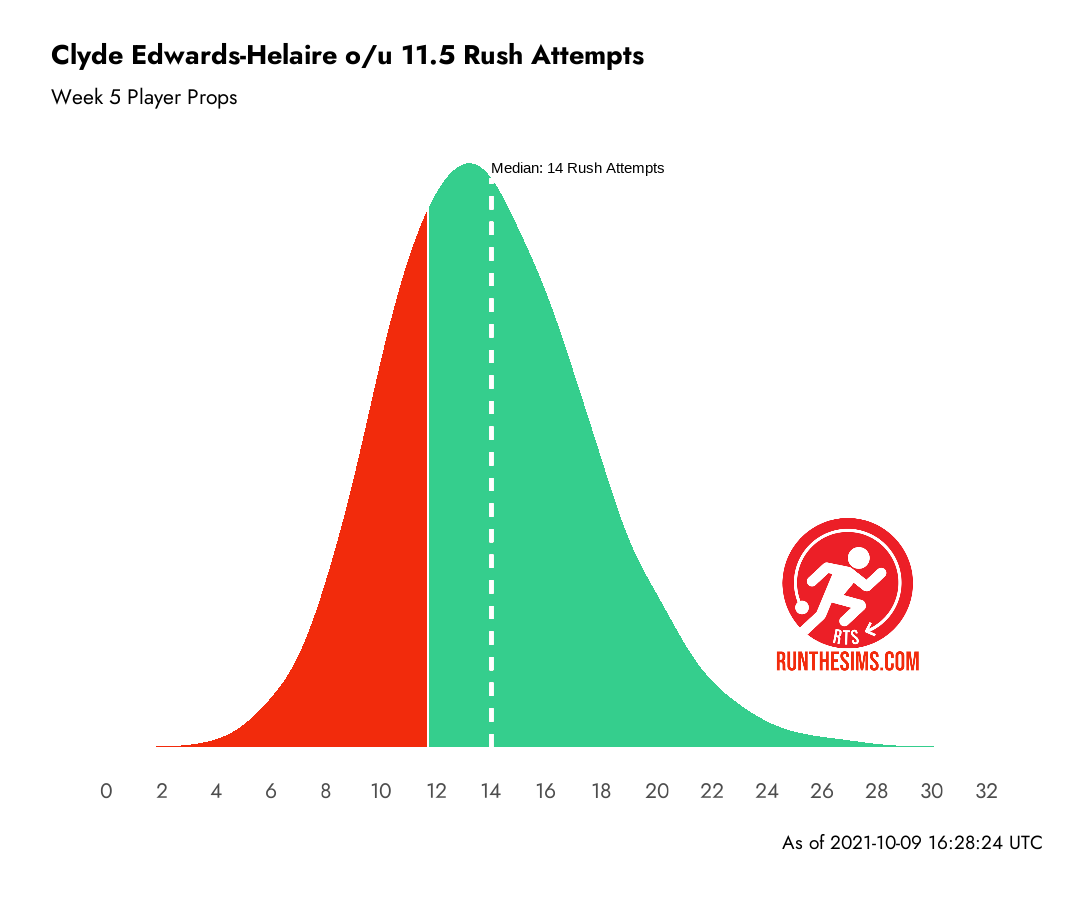 The Chiefs are the league’s second-highest scoring offense, but they’ve also allowed the second-most points. Therefore, the Chiefs are forced to run a lot of offensive plays to keep up in games.

When the Chiefs run a lot of plays in this Sunday Night shootout, look for Edwards-Helaire to get a ton of opportunities — more than 11.5 to be exact.

Then, once we cash this prop, considering joining us as a full-time subscriber. Join us here if you want to get our full weekly slates of NFL props delivered to your device.