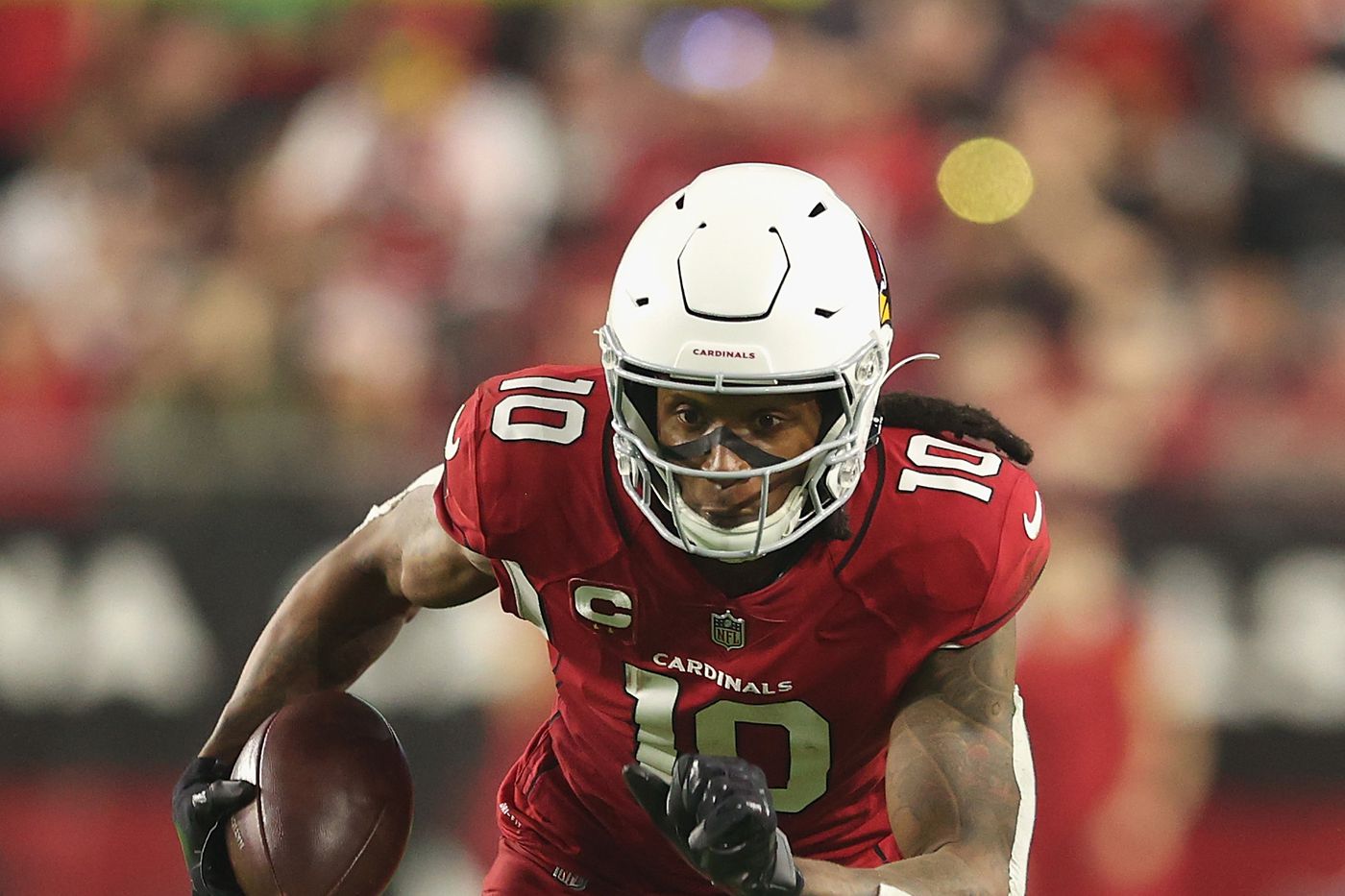 The Patriots head to the desert as small -1 favorites against the Cardinals, and we’re breaking down the five strongest player prop trends on our radar for Monday Night Football.

As always, these are not necessarily recommended bets, but prop trends can be profitable angles in the right context, which we’ll attempt to provide here. Let’s jump in.

Our subscriber picks are heating up, including a 10-0 sweep on Sunday and hitting 67% over the last two months! Join us here to get all our picks alerted to your device. 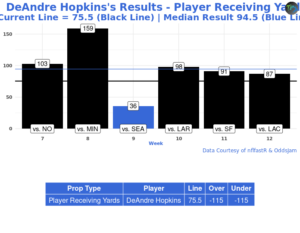 Hopkins has been money on his receiving yards prop, hitting this line of 75.5 in five of six games with a median result of 94.5.

However, he could have more competition for targets going forward with Marquise Brown playing a full complement of snaps last week and finally looking 100% healthy.

It’ll be a tough test tonight to hit this number, though — the Patriots pass defense ranks second in Dropback Success Rate, and fourth in EPA Allowed per Dropback. 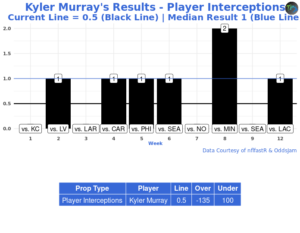 Kyler Murray has thrown an interception in six of 10 starts on the year and is priced at -135 to do it again tonight.

In addition to the strong pass defense stats already mentioned, New England has also been a solid ball-hawking defense, averaging exactly an interception per game, tied for fourth-best.

Nine of 12 starting QBs have thrown a pick against the Pats. 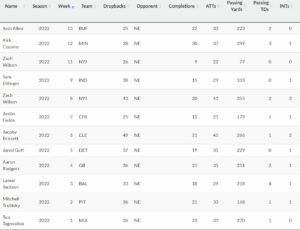 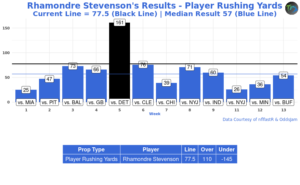 The bad news is Rhamondre Stevenson has only hit this hefty rushing line of 77.5 yards once in 12 games for an 8% hit rate, and that was against a bad Lions run defense.

The good news is Damien Harris is likely out and Stevenson will have the backfield all to himself against a Cardinals run defense that ranks 28th in Rushing Grade and 24th in Rush Success Rate. 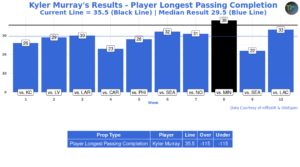 Back to Murray, who has completed a Longest Pass of 35.5 or more yards just once all year long for a 10% hit rate.

Despite having some elite weapons, this is an offense that likes to spread the field out horizontally and isn’t known for taking many deep shots.

Maybe that changes tonight with Marquise Brown at full strength, but it’ll be a tough task against this pass defense. 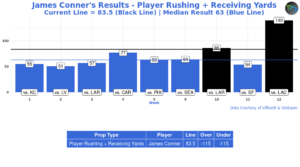 James Conner is in a similar spot as Stevenson tonight. He hasn’t hit his line for Rushing+Receiving Yards very often this year (22% of the time), and his median result is off by a full 20 yards.

But he should get a ton of opportunity tonight, and the Patriots are more vulnerable on the ground than they are through the air.