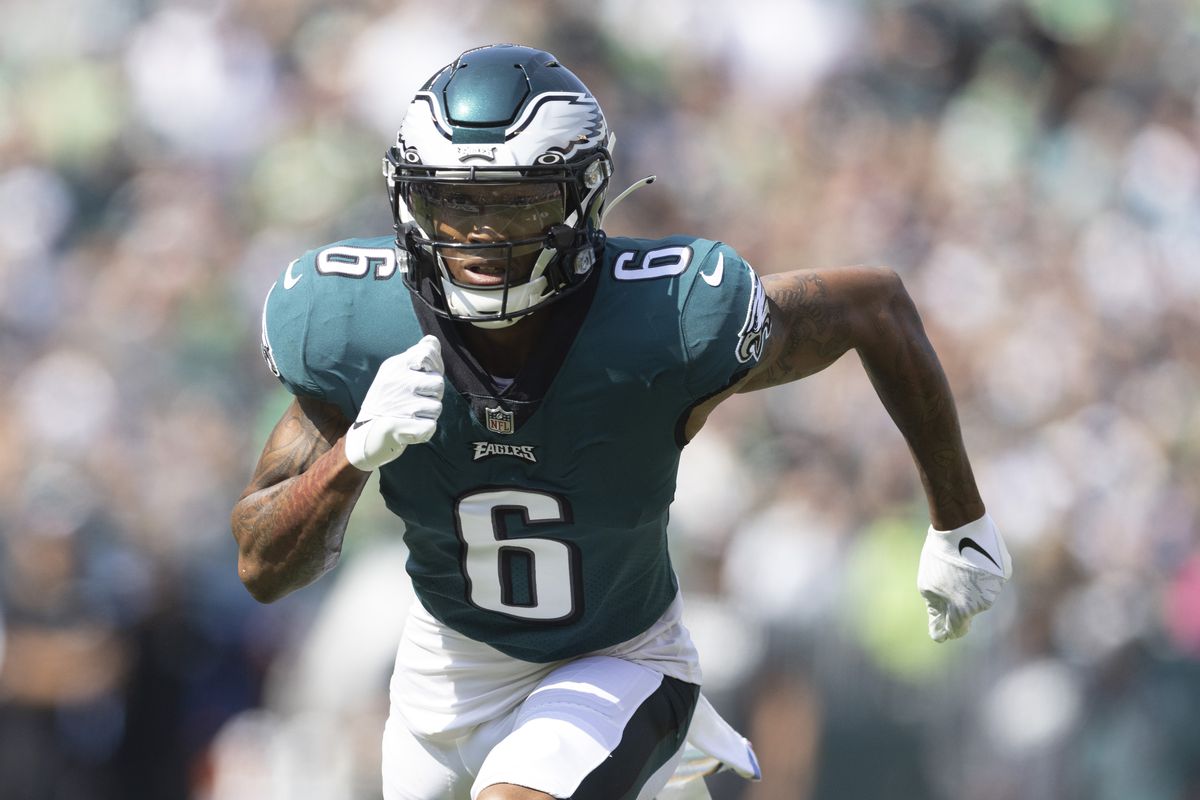 Devonta Smith has been as advertised for Philadelphia so far, and he highlights our look at two TNF props for Eagles Bucs.

The 10th-overall pick in this year’s draft is the go-to guy in the Eagles’ pass-heavy attack, and they’ll need more from him tonight against the powerful, pass-funnel Bucs.

His prop is the first of two picks for tonight’s game. Consider these slightly lower-confidence plays — we’re playing them for half-unit leans (0.5% of your betting bankroll).

This is a very “public” play, if you will, and not typically our style, but don’t worry, we’ll go against the grain with our second selection.

In any other matchup, we’d probably pass on Smith at this line, but against the Bucs, we’ll bite.

10 of the 13 WRs (77%) to get a receptions line against the Bucs this year have gone over their closing line.

For Smith, it’s the perfect combination of facing a powerful offense with a banged-up secondary which also happens to be elite versus the run. As +7 underdogs, the Eagles will be forced to the air yet again – their 63% pass rate is already tied for fifth-highest – and Smith has been dominating the passing work with a 23% target share, 8% more than the next closest pass-catcher on the team. 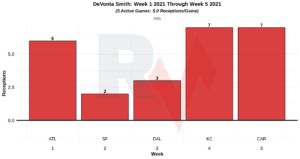 He’s hit this in three of five games so far, and they’ll need him to get there again tonight if the Eagles are to stay competitive in this one.

Jones has been in the doghouse most of the year, acting as a bit of a whipping boy for Bruce Arians and football fans alike.

But he’s still getting work, and this is still a small number. 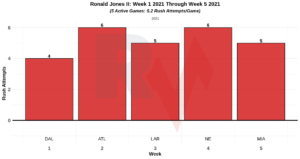 The beleaguered back is consistently notching five or six carries per game, and at his career average of 4.5 YPC, that’s easily enough to get him over the 20-yard mark. Even at four carries and 4 YPC, well below his career average, he hits 16 yards and goes over.

He should have the opportunity for carries and efficiency against the Eagles, who have flipped the trend in recent years to become one of the league’s heaviest run-funnel defenses, allowing:

Rojo has been getting enough work to hit this line, and in a positive game script against a poor run defense, I like his chances of hitting this meager total tonight.