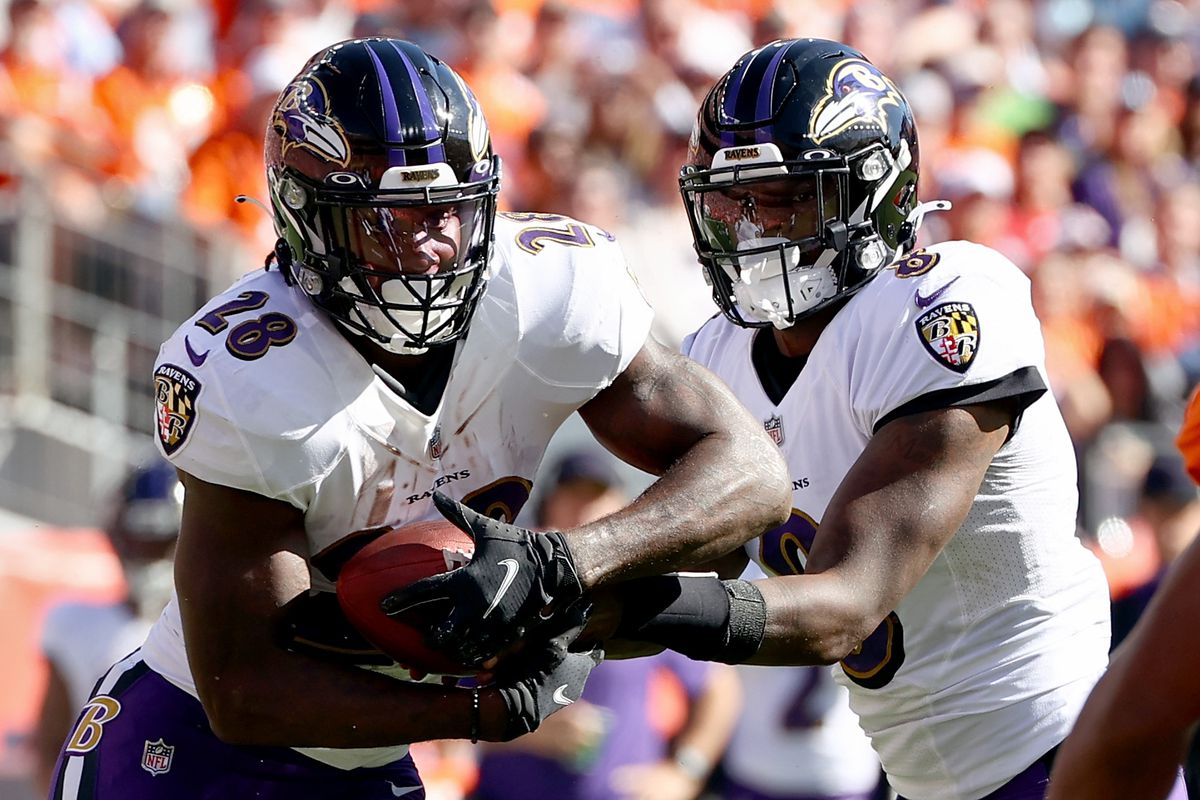 We have Latavius Murray worries as we break down our best MNF prop for the matchup between the Colts and Ravens.

The eighth-year journeyman is lined and priced like a lock to lead the team in opportunities tonight, but I’m less certain about that role, and I’ll explain why.

We’re coming off a tough loss on SNF and looking to cap off the week with another winner, much like we did last Monday night.

Article plays are now 21-9 on the year, while our subscriber picks are 59-40 for +13.1 units — join us here to get full weekly slates of NFL props (plus NBA & more) delivered to your device.

I would play U50.5 Rushing Yards for a half unit.

The bottom line here is that this Latavius line is set as if fellow RB Ty’Son Williams will again be a healthy scratch tonight like he was last week in surprise fashion against the Broncos.

If nothing else, it’s lined as if Murray will have a much bigger role than Williams, but I’m not willing to write the sophomore off so quickly. Whatever reasons the Ravens had for benching Williams, he’s not only their most effective back and leading rusher, he’s also been one of the most efficient runners in the league.

So why did the Ravens bench him? One beat reporter offered this insight.

Ty’Son Williams started first three games and leads the backs with 164 rushing yards. He’s also averaging 6.1 yards per carry. Ravens coaches, however, have not been pleased with how he’s run past couple of weeks. Also has had two fumbles. https://t.co/4qqjP7jcDL

Broadcasters in the Broncos game suggested coaches wanted to “see what they have” in the veterans Murray, and Le’Veon Bell. Well, now they know.

Operating as their feature back last week, Murray plodded to 59 yards on 18 carries for a 3.2 YPC, or about half the efficiency that Williams has been able to manage in the same offense.

Murray still doesn’t have a target on the year, which is why we like the Rush+Rec angle more than rushing, and his 3.4 YPC on the year is tied for 10th worst among 63 RBs with at least 15 attempts.

In the middle of a tight AFC race, are they going to keep pounding the obviously dusted 31-year old over the guy who’s been so much more efficient?

Also playing in our favor is that this should be a slow game in general, with the Colts and Ravens combining for 61 average plays/60mins in neutral game script — third-slowest on this week’s slate.

Colts’ opponents are averaging 60 plays this season — second-fewest among all teams.

Indy is just middling on run defense, allowing the 15th-fewest YPC (4.1) and the 16th-fewest yards per game to opposing RBs.They’ve been much more navigable through the air, allowing the fourth-highest YPA to opposing QBs (8.4), behind only the Lions, Jaguars, and Chiefs.

Lamar Jackson has been a more willing and effective thrower this year. He’s coming off back-to-back games passing performances with 287 and 316 yards, and I think the Ravens will be happy to let him carry the offensive load in again, particularly in this matchup.

There’s is no guarantee Ty’Son Williams will be active for this one, but considering how effective he’s been, I think there’s a good chance the Ravens let him out of the doghouse. If that happens, I expect this Latavius line to plummet a good 15% to 20%.

Murray had a line of 42.5 Rush+Rec yards last week before the surprise scratch for Williams, so I think bookmakers are making too big of an assumption here at 56.5, and even if we’re wrong, we still have plenty of outs on the under.