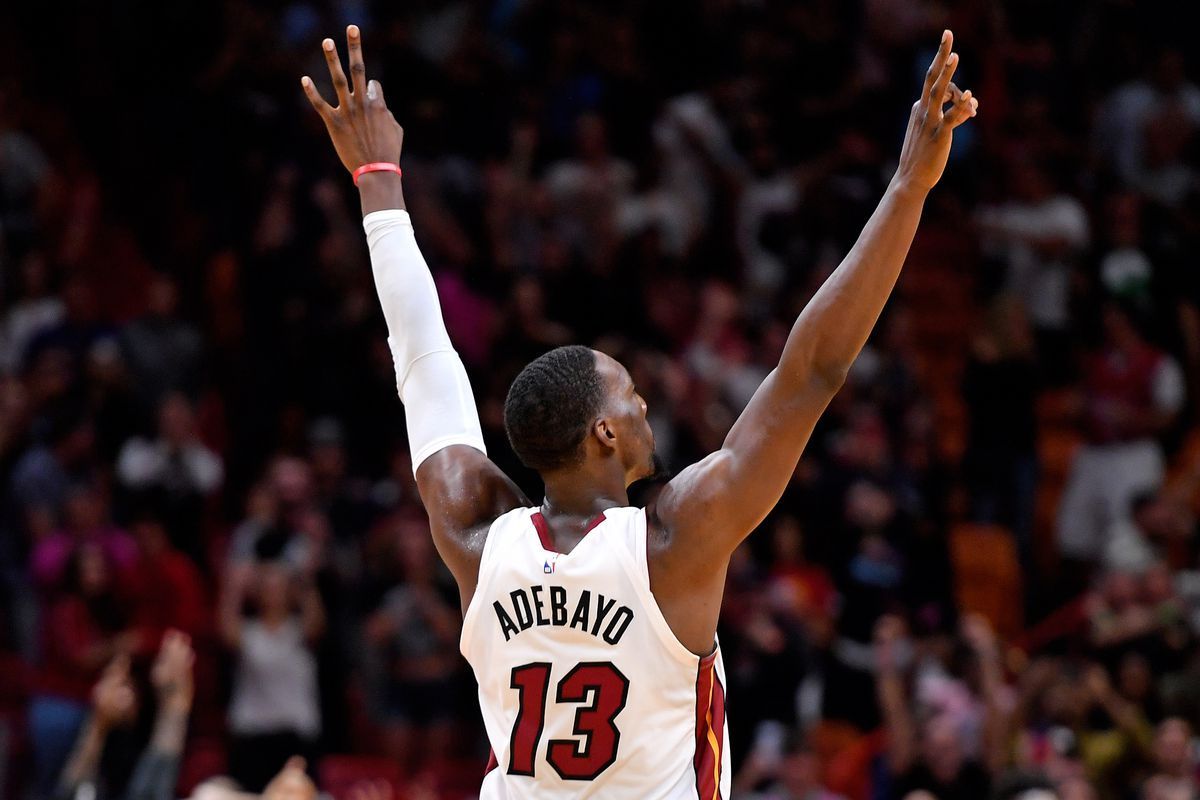 Today’s restart slate is another big one. I’ll kick things off breaking down this Bam Adebayo line that looks like one of the best values on the board, as his Heat take on the Pacers at 8pm ET.

Our article have been strong since the restart — in total, we’re 7-4 in this space.

We’ve got another big card on tap today in our chat — Join our community to get the full slate of daily NBA props and MLB props, or get a Day Pass to unlock both of today’s picks for just $9.

We’ve also got a free MLB K prop teed up for tonight — check it out here.

Adebayo has taken the bulk of the usage over the last three with Jimmy Butler out, but Butler’s back versus the Pacers, which bodes well for Adebyao’s rebounding rate.

He’s only grabbed five and seven boards in his last two games, but in two games with Butler, Adebayo recorded eight and nine boards versus Denver and Toronto.

In two meetings with the Pacers this season, Adebayo’s averaged 12 rebounds, totaling nine and 15 in each meeting.

The Pacers rank 25th in the league in rebounding rate, and they are still without top rebounder Domantas Sabonis in this meeting. He played in the Heat and Pacers’ previous two meetings, and Adebayo’s main competition for rebounds tonight will be Myles Turner.

Turner hasn’t grabbed double-digit rebounds in any of his last six games and had three total boards in his previous game on Saturday.

I like Adebayo’s chances of grabbing boards here and focusing on being the second option in the offense behind Butler after being the primary threat without him.

Ayton will face the Oklahoma City Thunder without Steven Adams and Nerlens Noel, which pits him against Mike Muscala. This matchup could be Ayton’s best game yet in the bubble, and he’s had some stellar performances playing Robin to Devon Booker’s Batman.

Without Adams, the Thunder’s interior is awfully thin and undersized.

Ayton’s chances of going over his 19.5 point total are something he’s done in two of five games with two finishes of 18 and 19 points. During the pre-hiatus regular-season, Ayton scored 20 points in 14-of-30 games and all together, it’s 17-of-35, and with Muscala at the center position for the Thunder, you can pencil him for 18-for-36.